General Stephen Draper -
-6.8k
Path of Exile Shaping Before you start shaping your Path of Exile Atlas, we suggest you read our introduction to the Atlas. Once you have...
esports edition

Sometimes, in Counter-Strike, everything goes right–out of a combination of luck and skill, the stars align in your favor. Think of a perfect pop flash, or a wallbang headshot. Other times, you’re less lucky–maybe the flash doesn’t land quite right, but you still got the frag.

And then, there are the times where absolutely everything goes terribly, horribly, unforgivably wrong. At the IEM Katowice Tournament in Poland on Thursday, March 3rd, FaZe Clan was unlucky–and careless–enough to be on the receiving end of one of the most uncommon occurrences in LAN Counter-Strike history: a 1 vs. 5 ninja defuse.

During FaZe Clan’s group stage decider game against Virtus.Pro, the Polish squad was up against the ropes after the first 4 rounds on de_mirage, a map that has historically been a specialty for Virtus.Pro. After the Polish team lost the pistol round, but managed to secure the first gun round, the game sat at a 1 – 3 scoreline in favor of FaZe Clan. As the fifth round of the game played out, it became apparent that Virtus.Pro would likely have their economy reset and forced to eco. Their A site defense crumbled, and FaZe managed to catch out the rotating players, leaving Janusz “Snax” Pogorzelski alive in what most would believe to be an unwinnable situation. Stuck in a one versus five with the bomb planted, however, Snax took advantage of one of the biggest mistakes that a team can make. FaZe, eager to solidify their economic edge over Virtus.Pro by taking down their final player, fanned out across the map as the bomb ticked down. The entire team, in fact, left the bombsite to clear out the B apartments, where they presumably thought Snax was trying to save his weapon.

And Snax? Well, watch the clip. Then watch it again. And again. You’re not going to see anything like this for a long, long time. These are the unique moments that define Counter-Strike. This is why I wake up at 5 AM to watch tournaments.

Virtus.Pro would eventually win the game 16 – 13, but were eliminated from the tournament on March 5th by Fnatic, who took down the Polish team in front of their home audience with a 2 – 0 series win. Snax’s remarkable defuse is, perhaps, the silver lining in what was otherwise a dismal showing in Katowice for his team.

Previous article7 Truly Awful Pieces of CS:GO Merchandise
Next articleBooster Shot #1: Who Even Plays That Spot?! 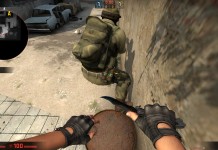