Dota 2 Craig Linscott -
-996
Silencer Here is a Hero that can silence entire stadiums of screaming fans. A fun trend that is going around in the larger LAN tournaments...
(Featured image via Valve.)

Last time Aftonbladet Esports hosted Fight Night, I stood in front of my computer and yelled “FIGHT NIGHT!” at the top of my lungs.

It was the only reasonable course of action–you don’t call your event “Fight Night” unless you want people to make loud noises. Thankfully, our friends over at Aftonbladet have elected to host another Fight Night, which is great–I haven’t screamed at my computer in a good long while and it’s getting far too complacent. On Thursday February 25th, Fnatic will play a best-of-five series against Astralis, the Danish team who were one of the only teams capable of consistently besting the Swedish giants on LAN in 2015. The team that emerges victorious will take a $4,000 cut of the prize purse, while the loser will receive $1,000. Although the actual games will be played out online, the organizers will be streaming the event live from the Inferno Online studios with full casting and a dedicated production team.

This week’s Fight Night is the third installment of the showmatch-style event that Aftonbladet has hosted. Fnatic, who have participated in all three Fight Night events, are the undefeated champions–the matchup against Astralis is, in fact, a rematch of the first Fight Night best-of-five series, which Fnatic won 3 – 0.

Fnatic also defeated EnVyUs at Fight Night #2, although EnVyUs did take a map off of the Swedish team, bringing the series score to a 3 – 1 finish. At this week’s Fight Night, Fnatic is fresh off of a first-place victory at ESL Barcelona–Astralis, on the other hand, has been in a slump for the past months, and have struggled to claim any meaningful tournament victories in recent times. Fight Night #3 would, in fact, be the perfect opportunity for the Danish squad to prove their detractors wrong and reclaim some of the glory that slipped out of their hands towards the last half of 2015.

The event will be streamed live via Twitch, and the Aftonbladet channel can be found here.

Previous articleValve Increases Prize Pool of Majors to $1,000,000
Next articleCloud9 and the Terrible, Very Bad Month: Can They Recover? 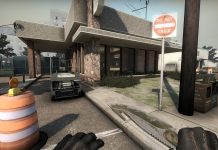 Unpacking the GEC: Who Are the Real Winners?