Dota 2 Craig Linscott -
-996
Silencer Here is a Hero that can silence entire stadiums of screaming fans. A fun trend that is going around in the larger LAN tournaments...
(Screenshot by Esports Edition)

After a closed qualifier on Sunday February 21, three teams have qualified for the $250,000 DreamHack Masters Malmö tournament, which will take place on April 12 – 17. Team Liquid, Tempo Storm, and Counter Logic Gaming emerged as the victorious teams from the qualifier, while North American contenders Cloud9 and Renegades have been eliminated from the competition.

As the pool of North American teams who are actively competing grows, the division between the top tier teams and those who fall just short of that benchmark will become more apparent. Part of this is basic math, I suppose–as NA teams play each other more and more, there’s an influx of statistical data that can be used to ‘prove’ that one team is performing better than the others.

After failing to make the cut during the online Katowice qualifiers, Cloud9 is, yet again, the focal point of much of the community’s post-qualifier discussion. Their lackluster T side play, chronic disorganization, and ‘puggy’ playstyle have all come under intensified scrutiny following the organization’s acquisition of Jake “Stewie2k” Yip and Jordan “n0thing” Gilbert’s transition into the role of ingame leader. There is, of course, the recent controversy surrounding Ryan “fREAKAZOID” Abadir’s decision to insult Team Liquid’s young Ukrainian star Aleksandr “s1mple” Kostylev over a third-party voice program during a FACEIT Pro League game. (As was stated in a press release from Cloud9, Abadir was docked a month’s salary and will be attending an anti-bullying seminar as a result of his actions.)

But what exactly went wrong for Cloud9 this weekend? Are we still witnessing the growing pains of a team adjusting to two dramatic roster changes? Or are the team’s problems more endemic than these early results suggest? If we remove debates about player personalities and other “behind the scenes” issues from this discussion, there are two major issues that Cloud9 must grapple with in order to regain their status as a North American contender.

After facing little opposition during their first two games of the Malmö qualifiers, Cloud9 prepared for a rematch against Tempo Storm, the young Brazilian team that dashed their hopes of attending Katowice last weekend.

Unfortunately, the first map of the series was de_inferno. My heart sank when I saw this — again? Cloud9 let Inferno through the map veto again? Cloud9 have never been good on Inferno, especially in games that ‘matter.’ Their failures on this particular map date back more than a year–think back to the infamous “Sorry, Cory” teamkill incident when Shahzeb “ShahZam” Khan was still a part of the Cloud9 roster.

Cloud9 only played Inferno 15 times on LAN during 2015. If you look at the data, a clear pattern emerges–they can beat other North American teams on the map on occasions, but against top-tier opposition, Cloud9 regularly fail to achieve double digit scorelines.

The veto process is an often overlooked component in professional Counter-Strike, but it is arguably one of the most important. The veto procedure may differ slightly from tournament to tournament, but the underlying principle remains the same across the board: teams are able to remove at least one map from the pool, usually either their worst map or their opponent’s best map.

So, why did Cloud9 let Inferno, a map that they notoriously struggle on, through? I’m not sure. There isn’t really a good reason, especially after Cloud9 lost against OpTic on Inferno 4 – 16 during the Katowice qualifiers. And Cloud9 would, in fact, lose the map against Tempo Storm, who won 16 – 8.

No team should ever walk into a best-of-three uncertain about their own ability to win on two out of three maps — the entire idea behind the veto process is that each team will be playing one map that they are likely to win, one map that they are more likely to lose, and one map that could swing in either direction. My prescription for Cloud9? Develop their map pool and plan out vetoes ahead of time to ensure that, at the very least, they don’t end up playing Inferno. Or, as n0thing himself said in an interview with ESL in August of 2014, Cloud9 “really need to be smart about the veto process.”

Terrorist Side Passivity and Predictability

After winning Train against Tempo Storm 16 – 10, the two teams would move on to the final map in the series: de_dust2. Tempo Storm showed an uncanny ability to adapt their Terrorist side setup to counter Cloud9’s CT default, and won the first half convincingly with a 12 – 3 scoreline. Although Cloud9 managed to secure a handful of wins in the second half while Tempo Storm rebuilt a broken economy, the live stream for the match accidentally (I assume) included after-death voice communications. Professional players often use after-death comms–which players who are still alive cannot hear–to analyze what went wrong or right in a particular scenario. I don’t have a link to the VOD, but my ears perked up when I heard a Cloud9 player lamenting something along the lines of “we’re just playing too slow, man” using after-death voice comms. Whoever this oracle from beyond the grave was, they were right — Cloud9 lost the map with only 8 rounds to Tempo Storm’s 16, although their disastrous CT side certainly played a part in determining that scoreline.

After losing to Tempo Storm, Cloud9 was moved to the third-place decider match, where they would play Counter Logic Gaming. Cloud9’s loss on the first map, de_cache, can be attributed to their dismal T side play. The first half finished 9 – 6 in their favor, but Cloud9 allowed CLG to win 10 CT side rounds and only picked up 3 T rounds of their own in the latter half of the match.

Cobblestone, however, was where Cloud9’s fundamental T side issues became undeniably clear to most viewers–Cloud9 started on the favored T side, but only won 3 rounds total on the map. With n0thing taking the role of a “hard” lurk, CLG could accurately predict which site Cloud9 were attempting to execute onto if they killed n0thing–for instance, if n0thing died in drop, CLG would quickly rotate an extra player towards the A bombsite. With a “tell” this obvious, what are ordinarily punishing and risky CT side rotations on Cobblestone became an easy job for the CLG squad.

Besides this, the passivity of their default setup was a detriment for Cloud9 — on the few occasions when Tyler “Skadoodle” Latham had an AWP, he would assume a passive position outside of Long A, where CLG rarely peeked. When Cloud9 attempted a B Rush (the go-to strategy for T side teams in need of a round win), Stewie2k ran through two molotovs and a smoke–I assume he thought his team would follow in his footsteps–while the rest of Cloud9 waited. Indeed, CLG quickly learned that Cloud9 was waiting for them to make a mistake, and that the safest course of action was to wait on the bombsites. The easiest counter to Cloud9’s “play for picks” strategy is, unsurprisingly, to refuse to give up picks. Terrorist side passivity is a useful counter to aggressive CT sides, but it instantly ceases being viable if the other team refuses to play aggressively.

Cloud9 needs a coach. That’s the simple answer. They need an individual who can introduce structure. And now that Team Liquid have cut much-criticized AWPer and ingame leader Eric “adreN” Hoag, there is a new free agent on the market. After trying roster changes of their own, perhaps it is time for Cloud9 to focus on building a team around their team. There are other options, including various European professionals or ex-professionals, the acquisition of adreN as a coach would provide at least some structure to a team in dire need of it. One can only hope that Cloud9 will be having this discussion while the team watches Malmö and Katowice from the wrong side of the ocean.

Previous articleFight Night Returns to CS:GO with Fnatic v. Astralis Matchup
Next articleHey, We Finally Got an Update: Operation Wildfire and Newke 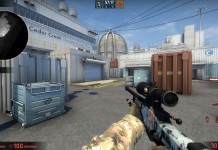 Unpacking the GEC: Who Are the Real Winners?

LAN Rumble: Who Will Win the Global eSports Cup?