League of Legends Warren Francisco -
-226
League of Legends: New Items Season 10 has come and gone. Even with a global pandemic threatening our very existence and forcing us to stay...

For anyone who hasn’t played Hearthstone in the last year, Tavern Brawl is an interesting weekly challenge. Available Wednesday through Sunday, there’s “a new set of crazy rules each week”. Many variants have been released, such as a deck comprising of only two cards, or ten mana to start. They are free to enter, and reward one classic pack for your first win of the week. An upcoming brawl, however, is much different, on every front.

So what is it?

In the upcoming week, there are no crazy rules to the deck. You simply lock in your standard deck and play. You play with an arena scoring system, you stop at twelve wins or three losses, whichever comes first. Then you are rewarded based on your performance. Oh, and did I not mention? It isn’t free this week – the cost to enter is $10, or 1000 gold.

Crazy! What are the prizes?

As part of the announcement, Blizzard released a picture of the rewards for twelve wins. They are… incredible. In addition to decent gold and dust, you get three golden legendaries and fifty packs! You earn more gold than the admission as well. It’s long since been calculated that one dust equals one gold. So three golden legendaries and fifty packs are approximately fifteen thousand gold or dust’s worth. Including the gold and dust you earn, you have the potential to win a lottery of over sixteen thousand gold. 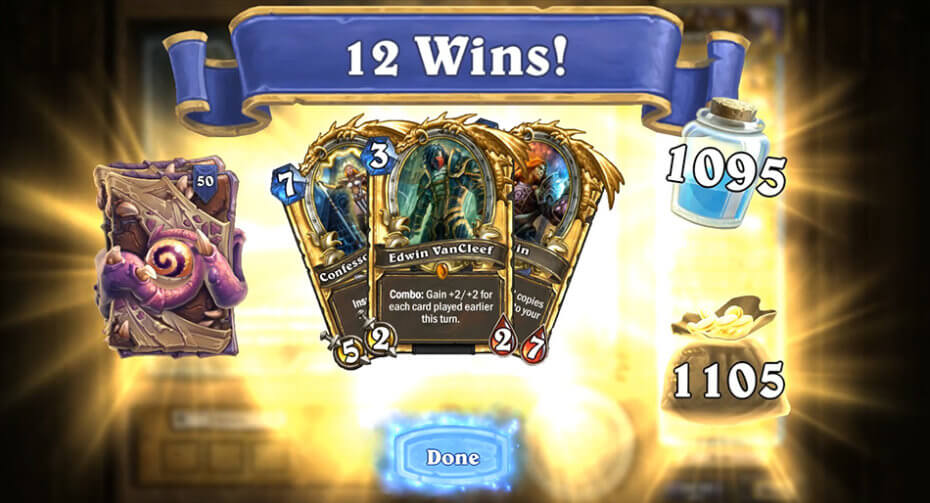 All of this sounds amazing, but that’s only for people who get twelve wins. Which is less than one percent of competitors. The prizes are absolutely incredible until you realize that you only get ONE PACK for zero wins. Ben Brode, lead Hearthstone designer, posted this reply on reddit:

What about people who aren’t competitive?

If you don’t have the entrance fee, or aren’t confident, or simply don’t like this idea, you’re out of luck. This brawl is entirely aimed at competitive players, and there is no free alternative this week. That being said, it is running on a Tavern Brawl schedule, and the casual mode will be back next week. As many Blizzard employees have stated, this may be a week for casual players to watch Twitch instead.

I personally believe that while this is a good idea in theory, the cost of entrance is incredibly high. The idea behind this mode is a good one, but making it so competitive might alienate many. The real problem that Hearthstone has been facing recently is that players don’t enjoy playing the game. They enjoy watching streams and discussing it, but actually playing is tedious. There are many reasons behind this, largely based around RNG and a tempo based meta – and Shamans.

This Heroic Tavern Brawl is the exact opposite direction from a solution. Here it only promotes the extremely competitive players to play, while everyone who watches Twitch… keeps watching Twitch. The players who already played will keep playing, and those who don’t won’t be inspired to.

Recently the large mobile game Clash Royale released a similar system. A Hearthstone style arena where you play a deck to twelve wins or three losses. Nothing new, but effective. However, they have the entrance fee extremely low. If you can average over three wins you earn the equivalent of your money back. The entrance uses bought currency, but it can be earned in game just as easily. This system promotes fun gameplay without being too punishing. The rewards are definitely worth it at high wins, without being ridiculous like this system.

It is clear that while implementing a similar system, Hearthstone has gone the opposite direction. Unfortunately it means many players like myself who aren’t willing to risk so much on luck, will not participate. It reeks of a giant cash grab from a game that’s on the decline, in my opinion. Which is extremely unfortunate, because Hearthstone can easily get back to its glory days if they engage the community properly. The Welcome Pack was a good step, go back to that model, not this oppressively expensive one. 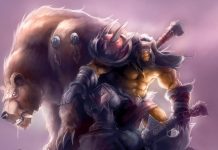