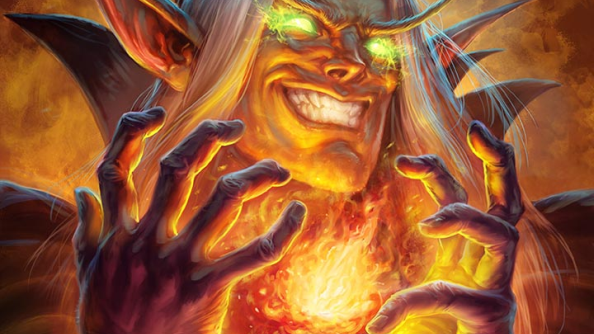 Patch 6.2.0 is one that has been a long time coming. The first is the text fixes. Blizzard didn’t get all of them, but a lot of inconsistencies have been fixed. There were also many small visual or functional bugs that have now been fixed. More importantly, they changed how Murlocs work, and added a host of quests. * (We might have celebrated too quickly. Refer to the end of this article for an update.)

Hearthstone is notorious for their inconsistencies in card texts. However, they finally fixed a few of them with 6.2.0. This does not change the functionality of the cards in any way. It merely makes cards with similar abilities read the same way, to avoid confusion. And annoyance.

They also corrected several bug fixes. The largest of which being that Yogg-Saron now properly Overloads the caster. They also fixed a bug where Tyrande would be offered the healing hero power by Sir Finley. Entomb would draw transformed minions backwards, revealing them, this has been fixed. Finally, Gladiator’s Longbow did not prevent damage from Explosive Trap, and this has been amended.

Murlocs have always had the unique ability that they buffed ALL other Murlocs in play. This means if your opponent has Murlocs, those too would be buffed. This is no longer the case. As patch 6.2.0 reads, this was done in order to “improve the Murloc mirror-match”. While I can’t honestly say I’ve ever been in a Murloc mirror-match, the sentiment is one I approve of.

As some of the old quests were getting stale, this is a welcome change. As stated, they added a bunch of new quests for players to unlock. However, this time around they have added quite a few interesting quests. Things such as “Use your hero power 30 times”, or “Play 10 Pirates.” I do think it’s unfortunate that these interesting quests only give 50 gold. That being said, it’s quite nice to see them promoting diversity.

They have also added two new 100 gold quests: “Play 75 Battlecry Minions” and “Play 75 Murlocs”. Everyone loves getting 100 gold quests, right? Now two more are in rotation, and quite interesting ones at that. Read the full list here.

The biggest change in this patch is one that wasn’t even listed in the official notes. This means that it may not be intentional, and may be reverted. That being said, it was also datamined, so it was clearly something they programmed intentionally at some point. The change is that winstreaks start at two wins now, rather than three. That’s right: if you win two games in a row, you’ll enter a winstreak and win two stars per game. This is a massive ladder change for anyone below rank five, who doesn’t have an amazing win rate.

Win streaks always allowed players to hit rank five with a 50% win rate and average luck. This will still be the case, but now it will be a lot faster. For casual players, this is a huge change. It also makes the reset each month far more forgiving. Overall this is an extremely nice change that allows people to climb faster. Quality of life improved!

*EDIT: Blizzard  have officially announced that the win streak change was accidental, and has been reversed. It has prompted a lot of outcry, as this was an extremely welcome change to the ladder grind. We’ll keep you updated to see if this changes anything down the line.

Previous articleCelestial Invitational Tournament: Best of Seventeen
Next articleHeroic Tavern Brawl: Is it Worth It? 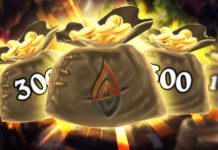