Dota 2 Craig Linscott -
-996
Silencer Here is a Hero that can silence entire stadiums of screaming fans. A fun trend that is going around in the larger LAN tournaments...
(Featured image via Valve.)

It’s no secret that there will likely be another French Shuffle after the ELEAGUE Major. It has been reported that Kenny “kennyS” Schrub, Nathan “NBK-” Schmitt, and Dan “apEX” Madesclaire will leave EnVyUs to join Richard “shox” Papillon and Alexandre “bodyy” Pianaro on G2 Esports. Fans will finally get what they have been waiting for: the two greatest French players of all time, kennyS and shox, playing on the same team.

Edouard “SmithZz” Dubourdeaux as an AWPer was clearly a weak point for G2, and he is reportedly planning on retiring and taking a role as a coach. This lineup does sound impressive, but it leaves Adil “ScreaM” Benrlitom out in the wilderness. If this is going to be a real French super team, ScreaM should be included.

There are multiple reasons why ScreaM should be included in a potential super team. G2 was on a hot streak in the middle of 2016. They finished second at ESL Pro League Season 3 and StarLadder Season 2. They also won ECS Season 1, beating the Brazilian Luminosity lineup who were then considered the best team in the world.

During this stretch, G2 was riding on the back of shox’s superstar play. However, during this same period, ScreaM hit a level of consistency that he had never had before. He was the second star G2 needed at that time to be competitive. If you look at the statistics, shox and ScreaM were clearly the two best players for G2, not just during this stretch, but for the entire year.

In the past ScreaM was often criticized for his lack of consistency. He was known for his impressive one-tap highlight reel plays. He could provide fragging power, but he lacked the ability to meaningfully impact a game. He always had incredible aim but failed to utilize it in an optimal way. In 2016, with shox on G2, ScreaM finally realized his potential and played some of the best CS:GO of his career.

With the reports that have come out, it seems that ScreaM is being left out in favor of bodyy. On G2 bodyy has been a role player and has had some moments of impact. He is a young talent and may have the potential to develop into a better player with time. He has certainly been a better player on G2 than former LDLC.White teammate Timothée “DEVIL” Démolon was on EnVyUs.

However, bodyy is no star player. He has not even really shown the potential to be a star player. He was a competent role player for G2, but was never really a carry for the team. After shox and ScreaM, G2 relied on Cédric “RpK” Guipouy’s to be a third potential carry. Along with SmithZz, bodyy was at the bottom of the pecking order for G2.

The Time to Win is Now

Some may argue that because bodyy is young, he can develop into a real threat for the upcoming super team. However, the rumored lineup does not have time to develop a player. A team with superstars like shox and kennyS would be set to compete at a high level right away. Along with the great support play of NBK- and the dynamic entry fragging of apEX, the expectations for the team would be incredibly high.

ScreaM has already proven in 2016 that he can be a consistent star, and could be a much more solid hybrid star than a player like bodyy. NBK- has a history of being able to take a back seat so that other stars can shine, and apEX’s entry fragging is very up and down. If ScreaM can continue his consistent play from 2016, he would be the perfect fit as a third star behind shox and kennyS. 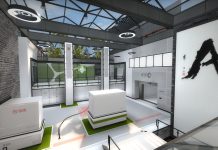