After struggling with visa issues for countless months, William “Leffen” Hjelte has finally captured another major Super Smash Bros. Melee Tournament win this weekend at “Don’t Park On The Grass” (DPOTG), nearly 7 months since his last major victory at “Get On My Level 2016.”

Even after visa approval, TSM Leffen had been struggling in tournaments to truly find his footing, and even suffered a scare against Ryan “The Moon” Coker earlier in the bracket. However, Hjelte managed to not drop a single set throughout the entire tournament. Despite other Melee gods Mew2King, Mang0, PPMD, and, Armada missing from this tournament, Juan “Hungrybox” Debiedma was present, who finished as the runner up for the 4th consecutive major, after nearly resetting the grand finals bracket,

Other notable finishes included G2’s Westballz who finished 3rd after a relatively weak year of performances, and dizzkidboogie, who managed to wobble his way into the top 8. The up and coming Ice Climbers main continues to take down big names at each successive tournament and may be a key name to watch out for in the new year.

The next major will be Genesis 4 starting from January 20-22, 2017, a tournament series which has seen Armada and Mango emerge as the only champions thus far. 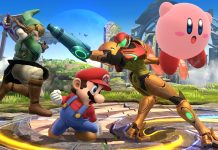