General Stephen Draper -
-6.8k
Path of Exile Shaping Before you start shaping your Path of Exile Atlas, we suggest you read our introduction to the Atlas. Once you have...
Maize's scenery and sidekick, Vladdy. Photos via Maize's press kit.

When my editor came to me with Maize, I asked what it was about.

Maize may sound like an upscale vegan eatery in Brooklyn, but it’s actually the title of a game created by Finish Line Games, a relatively new company based in Toronto, Canada. There are only vague descriptions of Maize available online, even on the game’s Steam page, and cryptic trailers featuring scowling animated cornstalks had piqued my interest.

Being raised on Monkey Island and Grim Fandango, I was pleasantly surprised to find out the game is a first-person puzzle adventure. You are born out of the nether and are sent into a brave new world to progress through solving puzzles using your smarts and keyboard. However, much unlike the adventure games of yesteryear, the puzzles in Maize are… well, just not that puzzling. You begin on the ground, spawning in a golden cornfield. The rustling of the corn and ambient music help set the stage for the beautiful and immersive world Maize creates. The first five minutes of gameplay were me “ooh”-ing and “ahh”-ing at the well-done lighting, perfectly capturing the feeling of the golden hour, where the sun is on the verge of setting, and the landscape itself looks magical. Congratulations, Finish Line Games, you’ve created the first and only not creepy cornfield.

The controls are your standard WASD, with your mouse directing your gaze. As you walk forward in the spawning cornfield, you see simple cues flash on the screen in white text, giving you helpful hints on how to play the game itself. The opening level is a tutorial that sets both the scene and the tone of the game. Quirky little text snippets give Maize a somewhat clever feel at the beginning, with text commands like, “Press E to examine items. Pressing Q does absolutely nothing.” When you examine the items themselves, the text is smart and sometimes hits the mark on the funny – but it does feel stretched at times, like the writers felt the need to make everything desperately clever. Sometimes a rock is just a rock, guys. And that’s okay.

Navigating the world is simple enough – the lighting cues, signage, and the scale of the levels is entirely on point for creating a game world that you instantly feel comfortable in. You know how to play without trying very hard, and a helpful menu reminds you of the controls in a nice big remedial-English sized font. At times, the level of cues can even feel overwhelming – items you can interact with have glowing yellow outlines that are startling in the context of the color scheme of farmland scenery. It’s the equivalent of a big neon sign going, “over here, idiot!” which can be enjoyable if you’re three drinks in and can still glean a sense of accomplishment from that sort of thing, but falls short of the discovery experience that you’re looking for when entering such a beautiful world. It’s visually jarring, and makes the puzzles a little too simple. 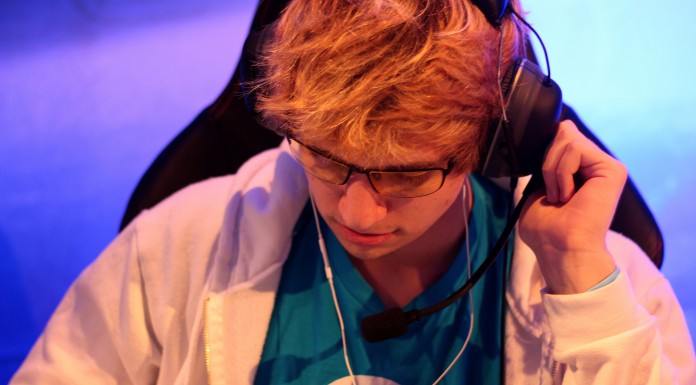 Even moving past the first stage into more complex puzzlery, the color-coding system in your inventory is never quite explained, and sort of serves as a basis for your trial and error. And you will try. And you will err. You will hear the beep-y rejection noise multiple times as you try to interact with objects.

I did things without thinking about them because my first instinct in this pristine world is, “What can I screw with?”

In Maize, the answer is frequently “not much.” Valve has set our standards ridiculously high with built environments where you can mess with everything. Want to put a clipboard in the toilet? Go for it. Maize is not that, and sometimes the static nature of the environment can feel restrictive for those reasons – you clearly have one solution, it’s just a matter of finding all the pieces and getting beep-y rejected enough times to move forward.

Despite that, Maize has a really innovative basic premise. They take the trope of military-experiments-gone-wrong and do it right. There’s a hilarious plotline with two scientists feuding via passive-aggressive post-it notes and it had me in stitches. There are some deeply thoughtful and entertaining parts of this game, which I wish were reflected more in your sidekick, Vladdy. Vladdy is a Russian Robot Bear – well, stuffed Teddy Bear. His design is cutesy, and his dialogue consists of insults, begrudging muttering about helping on a task, and actual basic Russian phrases. I appreciate this last part the most, as it’s a little touch that shows us the commitment behind the character. That being said, Vladdy is basically the embodiment of a bootleg Russian copy of the movie “Ted.”

I do have to make a note about the actual sensation of movement in Maize. I am the person who unhinges my jaw, swallows four carnival funnel cakes in a row, snorts the powdered sugar, gargles some carbonated drank, and then runs for the cage ride that flips you in all of the directions for maximum vomit induction. I would say I have a pretty strong tolerance for motion sickness. That being said, this game absolutely destroyed me. In the first hour, I had to stop for three breaks, wondering aloud to my partner if the Chinese food that I’d had for lunch was potentially not so fresh. He sat down at the monitor for a few minutes, and pronounced me sane, saying that the game itself was truly disorienting.

After a dizzying sprint-mandatory timed sequence in the game, I was ready to hurl. I don’t know what it is specifically about the movement in Maize – the mouse sensitivity is not adjustable, and even after reconfiguring my mouse to the lowest DPI, it still moves too quickly. Messing with Maize’s limited settings did not reduce the nausea-inducing motion blur effect, unfortunately. As I write this in a dark room, with a cool cloth on my head, the motion itself is such a critical flaw that I actively dread revisiting Maize for this reason, and this reason only.  I have played boring games, I have played glitchy games, but never have I played a game that physically incapacitated me. Maize’s sexualization of lady corn (it’s pink! with eyeshadow!), I can tolerate, but this absolutely killed the experience in it’s entirety for me.

Without giving too much of the story away, I think Maize was an interesting playthrough that leaves me wanting more from the company that made this. They haven’t quite hit the winning combination just yet, but there’s so much promise here that I’m genuinely excited for their next endeavor. Until then, please please dear god, make the room stop spinning.

Overall: 4/10, with 1 being hot garbage and 10 being Grim Fandango with nicer graphics.

Thank you very much to Finish Line Games for providing this game to me, free of charge, in exchange for an honest review. As with all our reviews, we do not provide positive reviews for games unless they are earned through excellent game play. Please review our ethics policy if you have any questions. 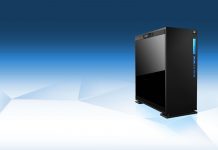