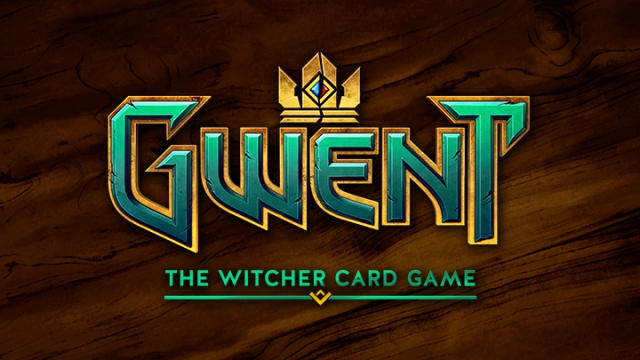 If you are unfamiliar with Gwent, it is a trading card game (TCG) created within the realm of The Witcher. It was actually a mini-game within The Witcher 3, but received such praise that they made a stand-alone. (Note: Gwent is in closed beta currently, but will be released on both PC and Xbox One in the near future.)

Gwent probably has the simplest basis for a card game that I’ve ever played. I had heard people rave about it, but I went into my beta review blind. When I realized how basic the core concept was, I was put off – at first. At its very core, Gwent is merely a game about having the bigger number. However, as soon I got past the tutorial and began playing myself, I was instantly captured. This is one of the most strategically complex card games I’ve played yet.

While Gwent’s cards don’t add anything particularly innovative to TCGs, they have one rule that does. Rounds. By implementing a best of three system in which cards are carried over, Gwent adds an incredible amount of complexity. It forces players to think well outside of their normal comfort zone, which is amazing. But I would say that Gwent’s cards are some of the more basic cards for a TCG. However, I strongly believe that at this point in time, Gwent is the most strategic online TCG on the market.

Gwent is the most strategic online TCG on the market.

So why do rounds add so much complexity? These aren’t the typical rounds you would see in practically any other game. In most TCGs, players play round one, declare a victor, reshuffle their decks, and play again. They might even switch decks between rounds! That is not what Gwent does at all. Winning a ‘round’ of Gwent only means that you are nearer victory, it in no way assures it. In fact, I have strategically surrendered rounds many times in order to give myself an advantage in the subsequent rounds. So how does Gwent manage this complexity? Simple, by having your opening hand be the one you use for all three rounds.

Your opening hand consists of ten cards. You are able to mulligan single cards up to three times. Every turn you are required to play a spell, use your hero’s ability (usable once per match), or pass. If you pass, you have passed for the entire round, you are at the mercy of your opponent. At the end of each round, the person with more power in play wins that round. You draw two new cards at the start of round two, and one more at the start of round three. The player who wins two rounds first is the winner. The game very quickly becomes entirely a game of resources. You have a very set number of resources to work with, and if you expend too many, you will lose. This paves the way for the most strategic TCG I’ve ever played.

Because of the fact that you are forced to either play something or pass, there are a ton of mindgames that come into play. For example, my favorite strategy is having my opponent overextend in round one. If they go first, I can easily force them to play a few of their big cards and then simply pass. This puts them at a major disadvantage for the next rounds. Knowing when your opponent uses too many resources, and not using too many yourself is key.

Another great strategy is holding a big creature for the final round. You only draw one card at the start of the final round. This means you can often end up without a creature at all! Holding one big creature, especially a golden one, can be a great way to secure later rounds. You also can often hold spells that kill the weakest creature and deal with a large one in later rounds. There are many things to think about every time you use a resource.

You can also easily attempt to bluff your opponent. They know how many cards you have left, and you can force them to assume based on your plays. You can also easily hold your hero power as intimidation, forcing them to play around it. Or if you know their class has a spell that removes the highest power card, bait them to use it. Or play your buffs on smaller minions. There are a million ways to out-think and out-play opponents.

I love Gwent for the interaction with other players. Which is to say that at the moment there is none, other than sending them a GG afterwards. Sending a Good Game is a button you click, and it actually gives your opponent a small currency boost. It promotes good behaviour and not roping, and is a nice, friendly thing to do. I send GGs after every game, and receive them back about 80% of the time. It makes the community a lot nicer.

There’s one thing that really stands out as a negative in my experience so far. Which is deck size. I like that you can have more than 25 cards if you want, similar to real TCGs. What bothers me is the advantages certain types of decks have. Perhaps this will be less of an issue down the road, but at the moment most decks do not draw often. This means that in many games, most decks will only interact with 13 of their 25+ cards. While this adds variance and is fine in theory, I have found it gives some decks an unnecessarily large advantage.

I’ve noticed that decks which let you pull more cards from your deck have a huge advantage over those that don’t. They can simply access more cards, and therefore more resources. Which would be fine, except that it favors certain classes over others. The game is still in early beta with more cards and classes to come, but this has been my biggest issue with Gwent’s design principles so far.

I’m loving Gwent so far. The strategy that it embodies is so much more than the simple concepts at its core. The rounds are a beautifully executed new dynamic, and the potential mindgames are endless and add incredible depth. Gwent is a classic ‘easy to learn-hard to master’ game. It’s fun for beginners and veterans alike, and I plan to play it for many hours to come. Gwent is, above all else, a welcome addition to the trading card game genre.

Esports Edition was provided with a copy of Gwent by the publisher. As with all of our game and hardware reviews, our opinions are our own. Please refer to our Ethics Policy for more information.

Previous articlePokémon Moon: The Hype Has Been Satisfied
Next articleHide and Shriek Review: 1v1 Me In A Haunted High School, Bro 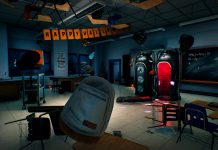 Hide and Shriek Review: 1v1 Me In A Haunted High School, Bro