Despite the commercial and critical success of Overwatch, the game’s professional scene has still failed to attract a following. Blizzard hosted the Overwatch World Cup at Blizzcon this year, but viewership of the tournament was, for the most part, fairly lackluster. Established esports titles like CS:GO and League of Legends still run the industry, and regularly attract more spectators than any professional Overwatch event. If Blizzard truly wants to make Overwatch esports a global phenomenon, they definitely have their work cut out for them.

Prize pools for Overwatch are absolutely miniscule compared to other competitive games. The highest Overwatch prize pool during 2017 was just under $300,000. Once you split that between the six players on a team, that’s less than $50,000 per player. In other words, if you want to be an professional esports player, you would make more money by devoting your time and effort to almost any other game. Prize money in Overwatch doesn’t hold a candle to League of Legends, CS:GO, Dota, Hearthstone, and even—let this sink in for a minute—Starcraft 2.

In fact, out of all Blizzard’s competitive games, Overwatch has the lowest prize pools. Starcraft 2’s biggest prize pool during 2017 paid out $280,000 to a single player. Every year, Hearthstone has multiple tournaments where the winner takes home $100,000, and there’s a massive event at the end where the winner earns $250,000. For Heroes of the Storm, a game Blizzard barely supports, there was a tournament where players on the winning team claimed their share of the $500,000 prize purse. And somehow, Overwatch can’t even break $50,000 per player. 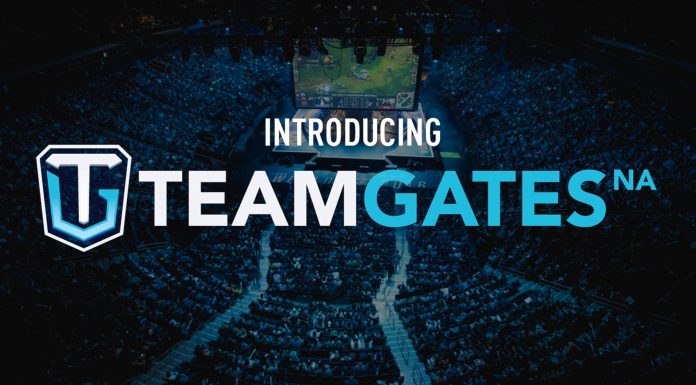 Overwatch has been pushed a competitive title since before it launched, but if the money isn’t there, the pros won’t be either. It’s part of why the pro scene hasn’t grown much since Overwatch came out. Blizzard took years to learn about the dangers of an underfunded esports scene in their other competitive titles. In Hearthstone, the yearly prize pool more than quadrupled after Blizzard got their shit together. If Blizzard wants Overwatch esports to succeed, they need to increase the prize money for the game before it’s too late.

Overwatch Has a Serious Observing Problem

I’ve played a decent amount of Overwatch, but, until recently, I hadn’t watched many pro games. This is, at least partially, because there just aren’t many large Overwatch events. But while I was doing research for this article, I forced myself to watch hours worth of event VODs.

And it was terrible. The game just isn’t an enjoyable spectator esport.

This is what the final match of the Overwatch World Cup 2017 looked like.

The fast-paced and chaotic nature of Overwatch presents an abundance of challenges for both observers and viewers. Without a minimap, there isn’t an easy way for viewers to keep track of what’s happening elsewhere on the map, and Overwatch observers usually limit first-person POVs to one or two players per match. Third person “overviews” are used frequently, but it doesn’t really help. It’s worth noting that Jeff Kaplan has confirmed that casters and observers now have access to a map overlay to help them track player movements and locations, but access to this feature is currently reserved exclusively for the production team.

PUBG is a fairly new entry to the competitive scene, and yet it launched with a decent spectator client. And yet, after two years of tournaments, why does the spectator experience in Overwatch still fail to deliver? With millions of dollars being invested into Overwatch League, and the first season right around the corner, why hasn’t Blizzard focused on making sure the game is actually fun to watch? Isn’t that what esports is all about?

Editor’s note: I spent half an hour experimenting with the observer interface in Overwatch, and I can confirm that it’s absolutely awful. You can use location presets to jump to various areas, but since there’s no minimap, you have no idea whether or not there’s any action going on there until you check it out for yourself. Of course, you can freely control the camera, but, much to my dismay, you can’t move it through walls. The worst “feature” of the third-person camera, however, is that your mouse movements are smoothed out. This might sound like an easy way to avoid jerky camera motions, but it feels like you’re trying to pilot a bargain bin drone through a sea of molasses. —@jpcornergg

In the final match of the World Cup, it was painfully clear which heroes got the most screen time. Both teams had a Pharah being damage boosted by a pocket Mercy. The players on the ground might be fighting each other and jockeying for control of the objective, but their real target is the other team’s Mercy and, in this case, the Pharah that was being buffed. Any time there was an opportunity to take out either Mercy or the target of her damage boost, teams would take it.

The real problem with watching Overwatch is that observers tend to reserve their first-person spectating to whichever hero dishes out the most DPS. In this game, it was Pharah. In another game, it might be McCree, Genji, Tracer, or Soldier: 76. These characters might seem like the most exciting ones to watch, but if Overwatch is as complex and skill-intensive as Blizzard believes it is, why do we so rarely see footage from the POV of a Mercy, Zenyatta, or Lucio?

As time goes on, hopefully the observing will improve and we’ll be able to see how the best support players in the world get the job done, but for now, viewers of professional Overwatch are presented with a confusing mixture of awkward overviews of fights, first-person POVs of DPS heroes, and no easy way to figure out what’s happening in places where the camera isn’t looking.

What Does Overwatch Esports Need?

Blizzard needs to devote a great deal of time and resources to improving the spectator experience if they want Overwatch League to succeed. Make the observing interface functional and simple. Use player perspectives for non-DPS heroes.

If they’re able to make the necessary changes, the first season of Overwatch League might have a shot at attracting a decent number of viewers. But for now, Blizzard’s legacy of dropping the ball with esports remains intact. 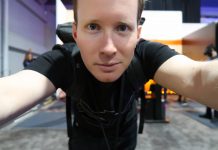 OpTic COO Ryan "OpTicJ" Musselman on the Future of OWL