General Stephen Draper -
-6.8k
Path of Exile Shaping Before you start shaping your Path of Exile Atlas, we suggest you read our introduction to the Atlas. Once you have...
Via gameranx.com

Blizzard has stated their ban hammer philosophy. No exceptions. All cheaters should be banned. Blizzard aims to reach an entirely cheat free competitive and casual environment.

There’s plenty evidence to make us think that Blizzard doing everything in their power to stop cheaters.

For starters, the game costs 40-60 dollars, which increases the gravity of each ban. As opposed to free-to-play models, where banned users can make new accounts and continue cheating, charging for an Overwatch account forces people to take a financial risk when they cheat. This probably wasn’t why Blizzard chose to set those prices, but it’s a positive side-effect anyway.

Bans are permanent. Blizzard bans people by their IP addresses, which span across multiple accounts. I think Blizzard, compared to many other game developers, are pushing for innovation in this respect. Most other game developers don’t want to ban related IP addresses because it stops the banned user from buying another copy. Busted cheaters know that they won’t be able to play from home. Blizzard doesn’t care about these extra copies that are lost at the cost of strengthening their anti-cheat consequences. I think that’s a great decision on their part. Integrity should always come before money.

Blizzard performs personal assessments of players where they see fit. Take the case of Korean female pro player Gegury who was accused of cheating by jealous male players. Blizzard investigated the accused player themselves to decide whether she was cheating.

I think that despite all of this great stuff, Blizzard is still missing the picture. They’re overly ambitious and optimistic. There’s no way that Blizzard can keep this up as the game grows even more.

Although their hands-on approach, in an ideal world, would be best, it will not withstand the test of time or volume.

First of all, it’s just too demanding for a limited group of people to check every suspicious competitive player on the planet. Unique cases will have to be selected for evaluation, which is a process that cannot rid itself of inherent bias. Investigating individual cases facilitates situations where Blizzard can investigate somebody for the wrong reasons. Just like how Riot does with the teams that participate in their league. It’s unnerving when the game developer can simply intervene in the competitive scene to act as they please.

Blizzard is better off sticking to automated methods of cheat detections to avoid bias. You’re just asking for trouble when you choose who to investigate, because you’ll eventually run into a situation where you can’t be fair.

Admittedly, Blizzard’s implementation of these automated systems is great. They go through great lengths to make them effective and unforgiving. When people complain about Valve’s anti-cheat, the main qualm is that their automated system (VAC) has close to no impact at all.

It would be totally fine for Blizzard to investigate individuals for research, as long as they do not make it known. They could determine the accused person as a cheater, and then work their automated cheat detection to include those types of cases without causing a scandal in the competitive scene.

In a sense, an automated system which takes individual cases also includes some bias in itself. However, because the individual inspection which is used in a behind-the-scenes way wouldn’t damage the competitive scene, it would be better than if they announced the investigations openly.

I think Blizzard should inspect suspicious people who might be cheating without telling anyone. If they learn about a new cheat by doing so, they can use what they learned to improve their automated banning methods.

Another way to work around the bias issue would be to make the community vote. My guess is that most other people would like to see some system where you can report people, and vote on who should be inspected individually.

I agree, but I also think that this already exists. In a way, that’s just part of the automated system and does not account for these specific interventions. The case of the abnormally great Korean female pro should never have required Blizzard to intervene. Playing good is not an adequate criterion for inspection.

Overall, by selectively and publicly investigating players, Blizzard opened a door that would better remain closed. Instead, they should dedicate their efforts to improving their already impressive automated banning system. 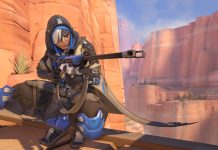