General Stephen Draper -
-6.8k
Path of Exile Shaping Before you start shaping your Path of Exile Atlas, we suggest you read our introduction to the Atlas. Once you have...
You want to know what sucks? Graviton Surge. Literally.

There’s a special kind of immaturity that has taken hold of the Overwatch community with the launch of the game’s highly anticipated competitive mode. It isn’t your garden-variety “hurr durr I did your mom dude LOL.” It isn’t raging teenagers screaming over voice chat–not enough people even use voice chat to make this a widespread issue. No, Overwatch a different beast entirely.

I’ve played about thirty games of competitive Overwatch thus far. And the playerbase is home to some of the most arrogant, pompous, and downright obnoxious people I’ve ever encountered in a multiplayer online game. This is coming from a person who has played several thousand hours of Counter-Strike: Global Offensive–I still get offended by the stuff I hear from random teammates in CS:GO PUGs.

On the other hand, the Overwatch community offends me because the game’s most avid fans are seemingly hellbent on crushing the spirit of innovation and experimentation that sits at the heart of Blizzard’s mega-hit.

The game doesn’t have a “meta” yet, at least not in any kind of conventional sense.

Overwatch has been out for less than two months. Less than two months. Do yourself a favor–record a game of competitive now, and then look at it three months down the line. Chances are, it’s going to be a drastically different picture. Remember the hissy-fits that everyone was throwing about Bastion? And then remember when people figured out that there are a couple heroes who are really good at taking down Bastions? Yeah. Blizzard didn’t even have to balance the game for the “meta” to shift. People slowly figured out how to deal with this supposedly overpowered hero. It didn’t happen overnight, although I’m sure that savvy players picked up on it slightly faster than others.

The point is this: metagames emerge over a long period of time, and the development of a metagame isn’t driven exclusively by balancing tweaks or altered game mechanics–it’s driven by the players. People adapt and innovate, and it takes time. There is no Overwatch meta right now, unless you’re playing at the professional level. As far as the game’s competitive mode is concerned, you’ll notice that supposedly “conventional” Overwatch wisdom–such as “Torbjorn doesn’t work on attack”–quickly goes out the window when you’re dealing with twelve random people on a server. In Counter-Strike, I can pick up a cheeky 4k with an auto-shotgun if I play my cards right–a rare sight at the professional level.

Here’s an example. I’m queued up with a buddy. We’re defending on Volskaya Industries. I pick Torbjorn, because I’m the best goddamn Torbjorn in NA. My buddy picks Zenyatta–he’s got great aim, can actually hit the enemies that he tags with the Orb of Discord, and the extensive hours he logged in the competitive TF2 scene trained him to be an amazing medic. Reasonable choices, right?

Yet one of our charming teammates, who I’ve decided to call “Cranky Teenager.” He decides that the Zenyatta pick must be a “troll” and demands that my friend switch.

“Ugh,” Cranky Teenager writes in team chat as we make our way out spawn, “why would you pick Zenyatta? We need more DPS.” Well, if it isn’t working, we’ll switch things up, and we tell him as much. But after we lose the first point, he’s decided that it’s all Zenyatta’s fault. (It wasn’t–it was a team failure on every level.) Cranky Teenager spends the next five minutes blaming, berating, and harassing my buddy for picking Zenyatta, even though he’s doing his job–he’s tossing out those Orbs like it’s nobody’s business. My friend decides to switch to Widowmaker soon–we were getting destroyed by the other team’s sniper, and needed someone to counter-sniper. Again, a reasonable choice. 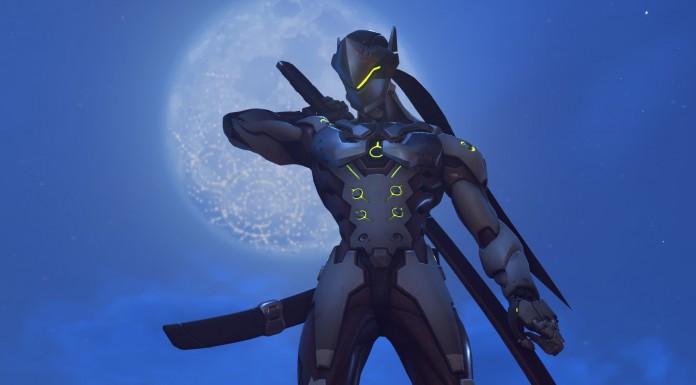 This is not enough for Cranky Teenager. Cranky Teenager has clearly mastered the intricacies of the game’s supposed “meta” during his 30 hours of playtime, and has taken it upon himself to educate the world. Cranky Teenager informs us in team chat that Widowmaker is also a “terrible choice” and declares that he “can’t understand why people who don’t understand how to counter heroes even play ranked.” My friend, despite being utterly fed up with Cranky Teenager’s shenanigans, politely asks him in chat what hero he would recommend. Since, you know, Cranky Teenager seems to have lots of opinions about the matter.

And then, at long last, Cranky Teenager responds: “You should know how to counter them if you’re playing ranked.”

One more time, my friend asks: “So, hey, what do you think I should switch to?”

But this time, instead of responding in team chat, Cranky Teenager takes it to all chat. “Ugh,” says Cranky Teenager. “Why do people play competitive if they don’t understand the basics of team comp?”

He proceeded to switch to Lucio, repeatedly jumped off the side of the map until we lost the game, while complaining in all-chat about “the meta.” Whatever.

Overwatch players can’t handle even the most mild-mannered BM, trash talk, or banter in chat.

I’m tired of people pretending to know everything about a game that’s been out for just over a month. I’m tired of pretentious MOBA snobs whining about “team comps” in a glorified PUG environment where almost any hero can be viable.

I like to win as much as the next person. But the community isn’t doing itself any favors by trying to force these somewhat arbitrary “meta recipes for success.”

I’ll leave you with this, Overwatch community–there’s nothing wrong with trying to emphasize teamwork and teamplay. But if you want to force your ideas about the game’s meta down people’s throats, find five friends to play with. Let people play the hero they’re most comfortable with–remember, they picked that hero for a reason. If it’s not working, either ask them to switch to a specific hero, or shut your trap and switch to another hero who can help that player be more effective. When I play Attack Torbjorn, I tell my team that I’ll switch after my first Ult if it’s not working. It’s a good system, and sometimes I do end up switching–but most of the time, I’m quite happy to spend the game wrecking face with my Rivet Gun and spamming Turret builds near health packs to make sure that our team always has somewhere to fall back to.

In other words, yeah, I’m going to play Attack Torbjorn sometimes, and you’re going to have to deal with it. Flame me on Twitter about it.

Previous articleHero Limit: Why Not 6 Winstons?
Next articleOverwatch: How to Counter Bastion 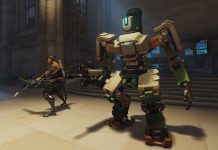