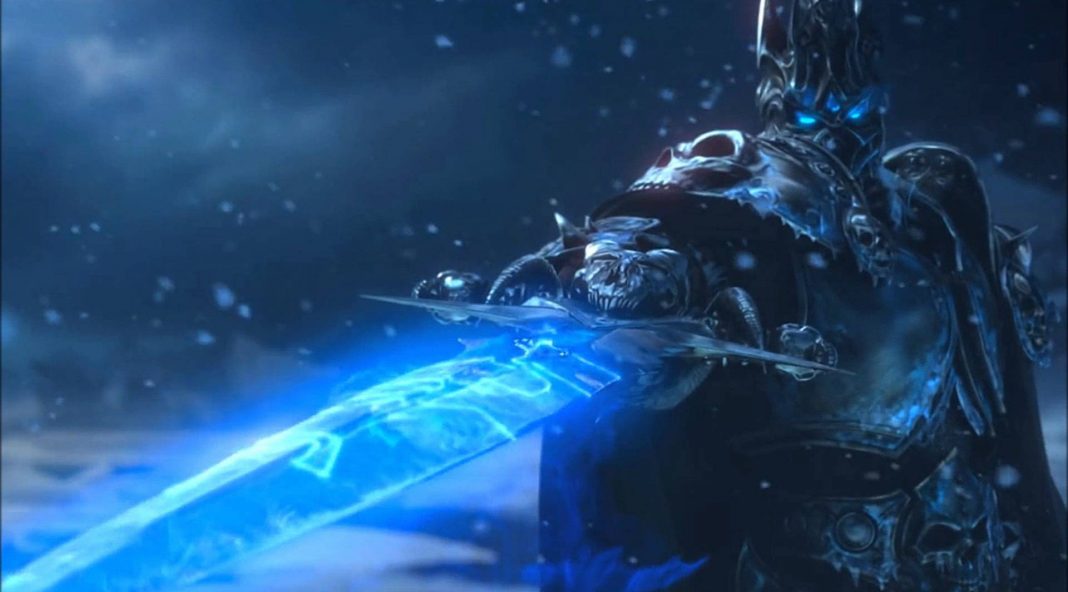 What We Know (So Far)

Blizzard hasn’t shown off many of the cards that are going to be included in Knights of the Frozen Throne. However, we do know what the theme will be. The expansion takes place in Icecrown, a raid location from World of Warcraft. The boss of the raid is the Lich King, who seems like he’ll be playing a vital role in Knights of the Frozen Throne–each of the heroes will have their own “Death Knight” card, suggesting that they’ve been resurrected by the Lich King.

If you’re a lore noob like I am, Reddit user NoMoney98 has written out a great guide here, but I’ll do my best to summarize.

Knights of the Frozen Throne: The Lore

Basically, Arthas was a Paladin who eventually becomes the Lich King. He was a Prince, and Kel’Thuzad and Mal’Ganis started stirring up trouble in his kingdom, so he went to track them down. He killed Kel’Thuzad, but in his quest to destroy Mal’Ganis, he took up a cursed blade. Arthas managed to kill Mal’Ganis, but started to lose his sanity to the sword. He then comes back and kills Uther and Sylvanas, as well as ressurrecting Kel’Thuzad, whose Hearthstone card makes a lot more sense now.

Arthas retreats to the Frozen Throne, where he becomes the Lich King. As the Lich King, Arthas has power over the dead, capable of resurrecting them as he sees fit. The best fighters are kept on as Death Knights, who retain their form and become stronger under the Lich King’s command. As for the rest of his undead minions, they get turned into abominations (or ghouls). Tirion leads the charge against the Lich King, with a small band of heroes: the players. If you played the World of Warcraft raid, this probably sounds familiar.

However, the Knights of the Frozen Throne expansion takes place in an altered timeline. Here, the Lich King was never defeated. He had free reign over the world and was able to kill everyone. Each of the Hearthstone heroes were killed and raised as Death Knights.

In other words, there’s a lot of canonical fancy footwork that Blizzard’s been doing to give us a semi-plausible explanation for the new Death Knight cards.

Let’s talk about the Death Knight cards, since every hero is going to have them. Blizzard has specified that Death Knight heroes will have modified abilities, which means this new development implies exactly what many of us hoped for–that these will be replacement heroes along the same lines as Jaraxxus or Ragnaros.

If we want to speculate, it makes sense to take a look at existing hero modifiers. The lowest cost one is Shadowform, which is a direct modification to a hero power. After that is Justicar, followed by Jaraxxus, and, last but not least, we’ve got Majordomo Executus.

Will the Death Knight cards be actual cards themselves, or a result of other cards? Will they work similarly to Quests, or behave more like Jaraxxus? And if they are like Jaraxxus, will they replace your health?

I’m most confident about that last question. I want to say that the Death Knights coming into play will not modify the player’s health. Jaraxxus has a very unique effect, and requires solid planning. It’s simply too strong an effect to leave open to every class, in my opinion. Health totals might get a bit messy. The easy answer is to make them the same across the board, but just like Juraxxus and Ragnaros, some hero powers are stronger than others. That’s why my gut is saying that the Death Knights will probably modify your abilities, but not your health total. But, hey, this is all speculation. We’ll have to wait on Blizzard for more details.

Adventures aren’t entirely gone! Knights of the Frozen Throne will include a “mini-adventure,” featuring two wings with at least three boss fights, including a faceoff against the Lich King himself.

You’ll earn rewards for completing the adventure, and you don’t have to pay for access to this part of the expansion. You’ll earn one pack for each wing you complete, as well as a random legendary when you complete the entire prologue! Two packs and a legendary isn’t a huge loot haul compared to other sets, but it’s still nice, especially the legendary. After the recent changes to pity timers, you’re guaranteed to receive a legendary in your first ten packs, and, with everything else going on, buying eight packs will net you two legendaries. Oh, and there’s no chance of getting a duplicate of a legendary you already own. All in all?

With the new set we’ll see this entirely new adventure, as well as the return of some older ones. Hopefully, this will reignite some of the community’s love for Hearthstone adventures. Personally, I always enjoyed them. Playing against the incredibly tough bosses was always a great time. It’s nice to see more content in the works for Hearthstone, and hopefully the trend continues. 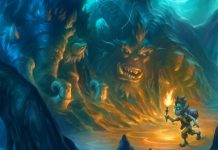