Without professional players, esports wouldn’t exist in the form it does today. They’re the lifeblood of every game, which means the success and failure of an esports title is, ultimately, in the hands of the best players. Recent events in the Hearthstone community, however, have generated a fair bit of resentment and negativity towards the professional scene. Tournament wins are often dismissed as luck by viewers — for many players, it seems difficult to offer sincere congratulations to a pro who won a game because they got the perfect card at the perfect time. We’ve even reached a point where the professional players themselves are quick to downplay their victories. In post-game victory interviews, they, just like viewers, will often attribute luck as the deciding factor or confess that their strategy required “praying to RNGesus.”

I’m no stranger to these sentiments. Just look at the articles I’ve written over the past two years and you’ll notice that I despise luck and randomness. But I’m still left with a difficult question: who, ultimately, is to blame for this gaming community’s culture of negativity?

Brian Kibler on Negativity in Hearthstone

Brian Kibler released a video on this topic recently. It’s a long one, but essentially, Kibler blames the environment. He discusses the fact that other similar games, like Magic: the Gathering, place a huge emphasis on tournaments. Serious Magic players spent a great deal of their time competing in tournaments, and even if it’s just going to a local Friday Night Magic, these events are the only “official” way to play the game. You can play with your friends for practice and to try out decks, but, ultimately, it’s all about the tournaments.

Hearthstone, by comparison, has absolutely zero tournament focus. Like Kibler explains, you have to actually go outside the Hearthstone application to participate in a real tournament.

Due to this lack of tournament focus, the types of content that are produced by the gaming and esports industry is entirely different.  First of all, the average Hearthstone player isn’t interested in learning all the complex strategies. For the most part, they want their content to be entertaining, and so that’s what we get. A vast majority of streamers and Hearthstone YouTube content is purely entertainment without even pretending to serve an education purpose. In addition, the average player is never forced to confront the difficulty of building a tournament lineup. They never have to face the most difficult decisions that the game can offer, and therefore, they simply cannot understand them. Most Hearthstone players only have the goal of pushing Legend, and that can be done with a single deck.

Kibler also briefly discusses the presence of RNG, but he doesn’t believe that randomness is the true source of negativity in Hearthstone. For him, it mostly comes down to the fact that Hearthstone’s players are, for better or worse, casuals. They don’t understand professional play, have no interest in fully grasping it, and that means they attribute professional success to luck. 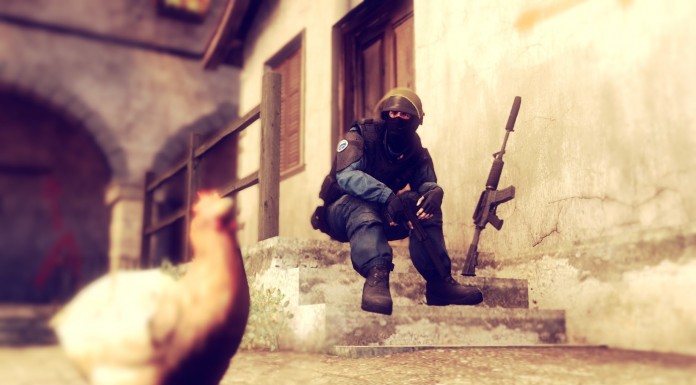 Comparing League of Legends and Hearthstone

I do see where Kibler is coming from, but I wholeheartedly disagree. Kibler, and many other Hearthstone professionals, have a background in card games. The Poker and Magic: the Gathering scenes are very different. Hearthstone doesn’t have a card game following, it has a video game following. Instead of comparing Hearthstone to Magic, it’s far more reasonable to look at it alongside an esports title like League of Legends.

Now, if you think about League of Legends, everything Kibler said about Hearthstone also applies to the largest esport in the world. Players are not forced to play tournaments. In fact, tournaments don’t even use the game client. Just like the grind to Legend in Hearthstone, League players are focused on climbing the ladder. Again, this can be done without ever experiencing any kind of tournament play. In fact, tournament play in League is completely different from anything a solo player will ever experience. The way you play the game in an organized 5v5 setting is entirely different from how you approach it in a solo-queue match. And yet… this culture of negativity towards the professionals doesn’t exist in League of Legends. Fans respect the professionals, and acknowledge their skill.

Professional Hearthstone players are much better at the game than I, a consistent Legend player, will ever be. There’s no doubt about that. That being said, I’ve faced seven professionals during my time as a Hearthstone player, and I beat four of them. Does that mean I’m good enough to be a professional? Not at all. At least, I certainly don’t think so. What it does mean is that many games of Hearthstone are determined by randomness. The professionals are incredibly good because they analyse every situation, but it only amounts to a win rate that’s fractions of percentage points higher than average Legend players.

How can I, as an admittedly average player, take professional Hearthstone seriously if I know I’ve beaten half the contestants? I can’t stress this point enough: they are way better than I’ll ever be. They are better at the game than I am, both objectively and subjectively, and I’m still able to win games against them more than half the time. When it comes down to it, those slightly higher win rates don’t mean much.

It’s been a long time since any pro Hearthstone player made a truly remarkable play at a tournament. Too long. One of the last ones I can recall was when Reynad Kill Commanded his own Savannah Highmane for an extra point of damage. But these types of plays happen so rarely that it’s barely worth discussing.

I respect Hearthstone professionals immensely, but I don’t respect the professional scene they choose to compete in. 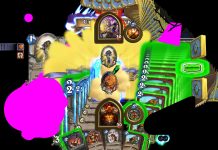