General Stephen Draper -
-6.8k
Path of Exile Shaping Before you start shaping your Path of Exile Atlas, we suggest you read our introduction to the Atlas. Once you have...
Featured image via Riot games

In a measure to increase champion diversity in professional play, Riot announced this January that teams will now ban a total of 10 champions during champion select. In addition to increasing overall champion diversity, the change presents teams with new opportunities for strategic innovation.

Pick/ban will now have two pick and two ban phases. Essentially, each side alternates three bans, then three picks, then two bans, then two picks for a new total of 20 champions; previously champion select only impacted 16 champions. Champion diversity will inarguably increase just for adding four more champion bans, but what new strategies will develop in the 10 ban environment? Please consult my graphic below to assist with my predictions: 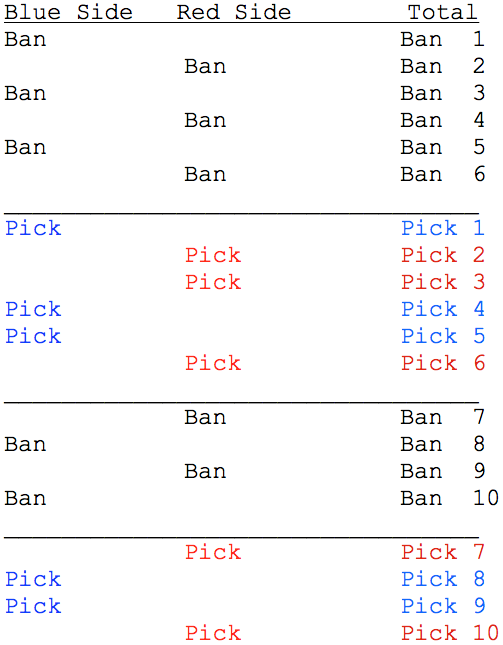 What stays the same with 10 bans

Blue side still gets the first chance to pick the best unbanned champion, and the duty to ban the best champion in the game still belongs to red side. Camille too OP? Red has to ban her if they know blue will pick it.

Red side still gets to pick last with perfect knowledge of their opponents’ composition. 10th pick is is still an asset pick, but counterpicking is slightly weaker now (more on that in a bit).

You can’t target five bans at a player unless their team allows you to. Let’s say you target Phoenix1 Adrian’s Soraka, Karma, and Zyra in ban phase one. Phoenix1 will pick Adrian a support in phase one, otherwise they risk you banning two more champions away from him in phase two. Still, this strategy can be used to dictate your opponents’ draft and draw out an early pick on the targeted lane.

What gets better with 10 bans

If you can give away as little information as possible during phase one, then you’ll be able to watch as your opponent wastes their precious phase two bans. Flex picks and versatile champions that go well in any team comp gain priority in phase one. Confusing your opponent with flex picks – champions that can play multiple lanes like Lissandra, Trundle, and even Ziggs – is a proven way to alter lane matches in your favor, and now, a way to get opponents to waste phase two bans on roles that have already been filled.

Generically powerful champions like Poppy and Lee Sin are versatile enough to work in most team comps and are especially suited for pick phase one. Early picks that don’t reveal specific intentions about the team comp (Is it trying to split push, teamfight, poke/siege?) will challenge opponents to make effective phase two bans.

Red side can potentially win the draft off a genius third pick. Red side gets to pick a champion, ban two counterpicks, AND pick another champion before blue selects their next champion. Red side wants to pick Zyra but is afraid of the Miss Fortune support counterpick? Just pick Zyra third and ban Miss Fortune before blue can pick her. I’m sure pro players will find a more exploitive combination of picks.

What gets worse with 10 bans

Players with shallow champion pools and teams with one dimensional strategies will be more harshly punished by the extra bans. Telegraphing your strategy early on in the draft will now empower your opponent to make smart reactionary bans against you. Teams that early pick an assassin like Zed or Fizz might be looking for waveclear champs in their other lanes. They’ll simply have to make sure they leave options for themselves and aren’t crushed by a Sivir or Varus ban for example.

Saving counterpicks for phase two is not completely foolproof anymore – opponents can ban the counters of their picks or intended picks. Last pick red side is consequently a little less powerful for counterpicks.

• Phase two bans have been hit the hardest. After picking top, jungle, and mid, opponents will know to ban the best support and/or ADC picks. This is why it’s useful to misdirect your opponent with flex picks in phase one.

• One way to beat flex picks is by dictating what lane your opponents plays them in. Example: Force Trundle (a top/sup flex pick) to go top by banning two strong top laners away in phase 2. Consider now that you banned two top laners AFTER your opponent selected their top laner, so this strategy is probably flawed because it wastes many bans, but I’m interested in seeing a team use it to pigeonhole their opponent.

• For teams that prioritize bot lane synergy, it’s better to pick bot lane components as a pair rather than in separate pick phases. Obtaining a key support in phase one is less worthwhile if the most complementary ADC pick gets banned in phase two.

• It’s risky to save the last two picks for roles with low champion diversity, especially if those roles were targeted by bans in phase one. If jungle and mid have only a few S-tier options and everything else is mediocre, secure the strong picks early.

Ideally, good teams will win the draft phase by getting their preferred champions and assembling a cohesive composition that has a clear goal with multiple win conditions. They will force their opponents onto their second-tier champions into bad lane matchups with comps lacking clear victory paths. In reality, teams will only accomplish some of these goals, and will choose to make sacrifices in some lanes while gaining advantages in others. You can’t win the game in champion select, but you can win champion select itself.

Pro play resumes in all major regions this week, and I’m excited to see if any of my predictions will hold true. Thousands of pro games and scrimmages will likely uncover many new strategies as well. Riot says 10 bans won’t happen in solo queue just yet, and may follow a completely different (simplified) system. At any rate, I firmly believe change is a good way to keep League of Legends interesting.

Previous articleJung’s Wednesday Rant: SPOTV Is a Joke
Next articleLeague of Legends Patch 7.1: Clear-Cutting the Jungle 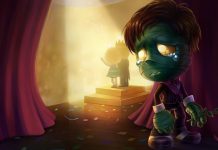