General Stephen Draper -
-6.8k
Path of Exile Shaping Before you start shaping your Path of Exile Atlas, we suggest you read our introduction to the Atlas. Once you have...
Shedding tears for the Season 7 jungle, which had its moment of glory taken away as swiftly as it came.

After a near month of waiting and probably a bunch of hungover employee meetings, Riot has finally resumed its patch cycle with the release of Patch 7.1, the first of 2017. In short: ‘ADC in 2017’ is still an accurate meme, junglers have relinquished their throne, and the meta champions are still mostly the same. This recap has categorized the changes into buffs and nerfs, separated by major and minor. Remember, there’s no such thing as a neutral change.

Perhaps the only significant buff that we saw this patch was to Kalista’s Rend (E), which now will continue to stack even when Rend is on cooldown. The mana refund requirement was also reduced to just a single executed unit. These buffs should make playing Kalista much more forgiving, and as one of the marksmen who can actually do pretty well against tanks, we might see her eventually rise up.

I would’ve liked to see much more done to help out Lucian – don’t really care for the other two though. These changes won’t really affect the game at all. Small numbers aren’t necessarily the source of problems for these champions. Rather, they simply can’t consistently contribute to team fights.

The stealth thing on Tempest (E) is cool, but the real game changer here is to Dragon’s Rage (R), his kick. As Lee Sin players have become proficient, the Q-R-R combo has become the bread-and-butter for executing AD carries. Especially at levels 6 and 11, this presents a huge spike for Lee Sin usually. The 50/100/150 damage nerfs will mean that the point of execution will be much more difficult to reach.

Another problematic champion with 100-0 capabilities, Syndra has had her Force of Will (W) overhauled, so that you can’t just walk around with a bunch of orbs all the time, ready to 1-shot an AD carry at will. The changes should still keep her fairly relevant though in the hands of skilled players.

You can do the math here if you want. Basically, junglers won’t be hitting level 6 five minutes into the game anymore. This change could mean one of two paradigmatic shifts:

I’m inclined to say the latter of these two things will happen. Top junglers will still be Rek’Sai, Vi, and Rengar. Lee Sin will remain relevant for Lee Sin players, but less so for non-mains.

Camille and Poppy will still be the two most oppressive champions in the entire game. They both got some tiny number reductions on their survivability, notable shield duration.

The other heroes on this list either were already in a half-assed state (Kennen, Shyvana) for top players, or were changed so minimally that it really affects neither playstyle nor performance. 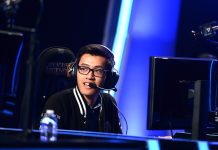