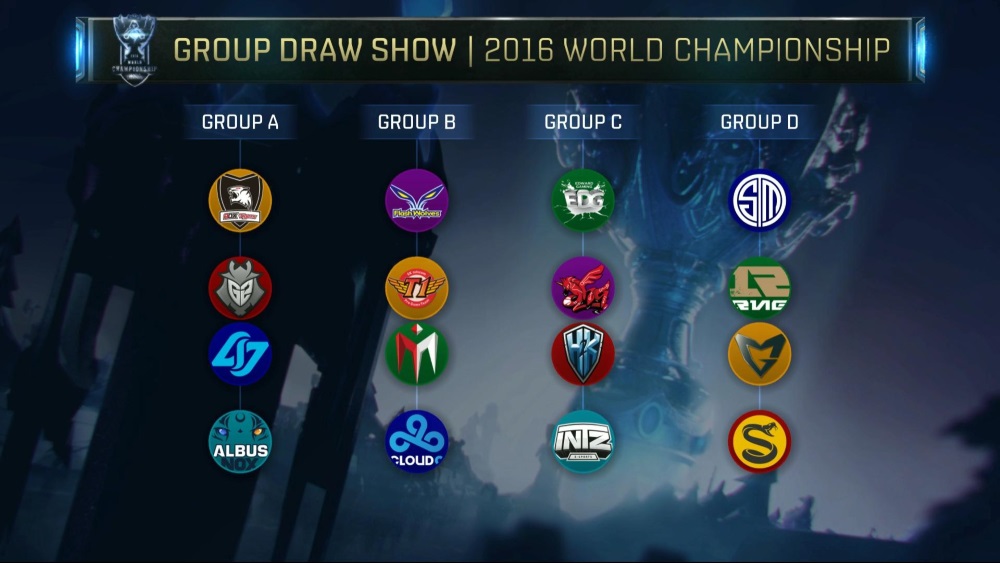 The Worlds 2016 groups drawing was done earlier today by Scarra, Cpt. Jack, Mistake, and Weixaio, determining how the opening round of the annual year ending tournament will play out.

Before we talk about the results of the groups drawing, let’s go over why this process is so important for the teams and players involved.

Why Groups Are Important

Worlds is a two-part tournament consisting of a group stage, and a knockout stage. In the group stage, each group of four teams participates in a double round robin format. This means every team plays opposing teams within their same group twice.

The top-2 of each group at the conclusion of the groups move on to the knockout stage; single elimination best-of-5 matches.

This process demonstrates just how important getting into an easier group is in advancing on to the later stages of the tournament. With $1,000,000 and an international victory on the line, teams want to advance by any means possible. An easy group is a good start towards those goals.

The groups have been finalized, the team have been notified, and the players have begun practicing with all of this in mind. The biggest tournament in all of League of Legends is about to get underway, and here are the groups we are dealing with:

There were some NA fans expressing their worry for CLG in Group A, but I don’t think it’s that bad. You can still advance by finishing second in your group.

Cloud 9 can’t be thrilled to be in the same group as SKT, but Flash Wolves and IM are pretty good draws.

Really happy with the groups for Europe! I pray that @H2KGG gets tons of great practice during the bootcamp. If they do, they will beat AHQ.

TSM, the number one seed from North America, will fight for their lives in one of the strongest groups coming out of the drawing. They wanted a shot to see how they stack up internationally, and now they’ll get it.

Look for dedicated articles analyzing each group to be released early next week!

Previous articleWorlds Group A 2016: A Closer Look
Next articleA Day in the Life of Doublelift at TSM’s Korean Boot Camp 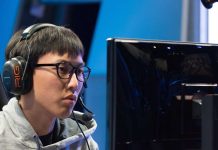