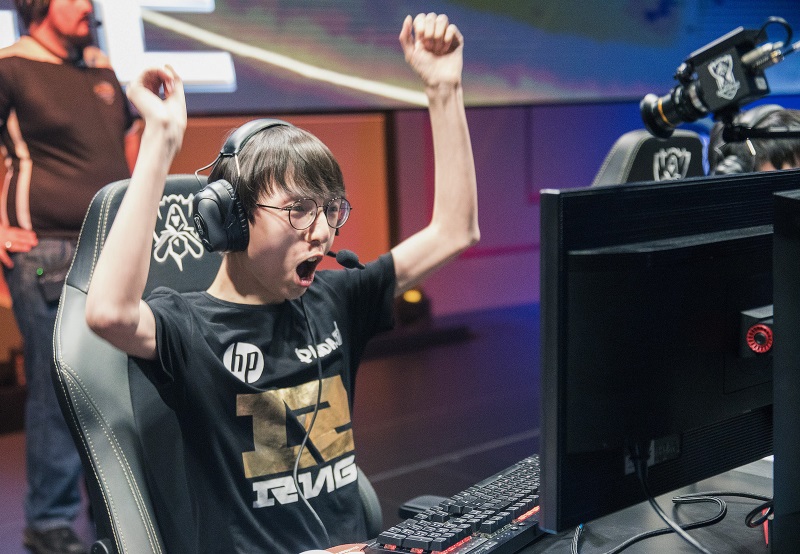 North America’s greatest team in a very long time has fallen short after being eliminated from Worlds 2016 by Chinese squad Royal Never Give Up.

It wasn’t long after the groups drawing many analysts deemed Group D, TSM’s group, the group of death. The top seed out of North America was put up against the LPL’s Royal Never Give Up, LCK’s Samsung Galaxy, and Europe’s Splyce.

Even still, TSM was predicted to progress onwards. The team was coming off of a dominating NA LCS Summer which had them dropping only a single match. Dominant is not an exaggeration; TSM completely smothered their fellow North American competition by consistently winning every lane and closing out victories at a swift pace. They were clearly on another level.

The extraordinary run through the NA LCS didn’t warrant more than a couple celebratory team dinners for Team SoloMid. Winning the split was just a single step in their plan for world domination. Team owner Reginald had finally assembled a group of players capable of following the systems put in place by coaches Parth and Weldon, and now they needed to live up to their label as the best Western team to ever play League of Legends.

After having some mixed results in the opening week of group play, they entered week 2 tied for second place in their group.

Corejj will win worlds mark my words. I taught him all I know, and all I did not know.

TSM entered this matchup as a favorite to win, mostly because they defeated SSG in convincing fashion during the first week of Worlds action. However, as we are beginning to learn, underdogs should not be underestimated at Worlds 2016.

This was not a pretty game. Right off the bat Svenskeren was caught in the river without an escape, giving first blood to SSG. Shortly after Hauntzer was killed on a dive. Moments later Bjergsen was solo-killed by Crown’s Viktor.

Although Doublelift managed to secure a respectable amount of kills on his pocket pick Lucian, Samsung capitalized on too many TSM mistakes for the team to recover.

After Samsung proved to be a significantly stronger team than they were in the opening week, TSM was set to face off against Europe’s Splyce. Splyce were unable to win a single match during the first week, but they did defeat RNG immediately before their match against TSM began. This was exactly what TSM needed: a winnable game to rebound back into shape.

And that’s exactly what this game was. Splyce chose not to ban Syndra – a highly contested mid lane pick that proven to be top tier in the current meta. It also happens to be one of Bjergsen’s best champions. 24 Splyce deaths later, TSM would be granted a short break before their final opponent; Royal Never Give Up.

The Biggest Game of the Year: TSM vs RNG

Three analyst predictions for TSM. We are doomed!!

It all came down to this game. The impressive Summer performance, the successful Korean bootcamp, and all the hype that comes with being such a dominant Western team – none of it mattered any more. TSM would advance past groups with a win, or they would be eliminated with a loss.

Less than 10 minutes into the game TSM would find themselves at a considerable deficit after Xiaohu (Aurelion Sol) roamed bottom alongside jungler mlxg (Elise) and allows for Uzi (Ezreal) to earn a triple kill, taking down Svenskeren, Doublelift, and Biofrost.

For the next 20 minutes Xiaohu’s Aurelion Sol would run around the map causing massive problems for TSM. 30 minutes into the game Xiaohu would hold 100% kill participation with a 4-0-9 scoreline.

But there was still hope. After successfully defending bot inhibitor by winning a team fight, TSM’s late game composition appeared to have a fighting chance at turning the game around. RNG pushed down the middle inhibitor tower with help from their Baron empowered minions, and then TSM engaged in what would be the final team fight by using Ryze’s Realm Warp (R) to teleport Svenskeren’s Rek’Sai directly into the team of Royal Never Give Up.

Can't put in words how disappointed I am. Sorry for letting all of you down.

What followed next wasn’t pretty for Team SoloMid fans. Svenskeren’s Rek’Sai engage created by Bjergsen’s Ryze ultimate was a failure. Rek’Sai was crowd controlled and focused as RNG positioned aggressively, not allowing TSM to follow up. Sven was forced to flash away but the rest of TSM were exposed. Hauntzer, Biofrost, Doublelift, and finally Bjergsen were killed in front of their Nexus, marking the end of their run at Worlds. 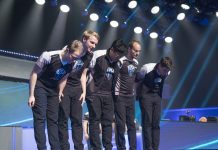