Dota 2 Craig Linscott -
-996
Silencer Here is a Hero that can silence entire stadiums of screaming fans. A fun trend that is going around in the larger LAN tournaments...
Art by Benlo

Are you the type of person who enjoys seeing their friends rot away in despair? Does the anger of others humor you? We’ve made a collection of champions for you, best suited to sabotage your own team. Champions like Dr. Mundo with thematically named skills (Sadism, Masochism) are not included here – this is a tier list for practical ally destruction.

Each of these champions has the ability to displace enemies, but doing so to harm teammates requires a fantastic amount of skill. Darius is limited by low mobility and his displacement is marginal, only carrying enemies to himself. For the others, a skilled “InSec” play must be performed; you’ve gotta dive deep into enemy lines before you can actually help them kill your friends. Bonus points here if you can execute the 5-man XinSec; I’ve found that particularly impossible.

But then again, these plays aren’t uncommon. How many times has a Lee Sin trying to show off kicked a full health Malphite into your immobile marksman? I’m sure we can all recall a time when Janna completely screwed you over by Flash-ulting, trying to make an incredible play, only to initiate magnificently for the opposing team.

Gragas and Alistar are both similar in that they offer heavy area-of-effect crowd control, but can also easily knock enemies into teammates without too much of a hassle. A good Gragas ult is about as common as a disturbingly detrimental one – feel like I only see the latter. Alistar, on the other hand, must be very deliberate with his attempts to kill teammates. When executed perfectly (in)correctly, his Headbutt can still redden even the most zen of teammates.

As for Jarvan IV, he is often found yelling his battlecry: “I’m helping!”, as his cataclysmic arena traps both enemies and allies alike. Despite this incredible team-killing tool, Jarvan is limited to being only Tier B due to the walls essentially being coded as minions. The Master Tactician needs no escape plan when facing a pathetic prince.

Thresh sneaks his way onto here due to his mind-gaming. By throwing a lantern into a slightly awkward position, aware teammates will be compelled to grab it without realizing that they may be walking into certain death. Similarly, it can also be used to bait a group of teammates, ensuring that at least one will be left behind to be reaped.

Blitzcrank and Singed are two of the most annoying and troll-worthy champions in the game. Their displacements are fairly simple to land, have a serious travel distance, and can definitely screw over teammates. Due to their high mobility, allies cannot escape the friendly-fire that is about to fly their way.

Trundle is the true master of troll, but not necessarily master of team-killing. That being said, his pillar is deceptively perturbing; master trolls are able to trap teammates against walls, preventing any movement at all from them. Those who have not fully honed their craft are still able to block off escape routes with some ease.

The new guard of champions offers some truly outrageous gameplay possibilities. Bard is the king of picks, able to freeze entire teams at once (or both teams at the same time). Now you can give the 5 person assist to your enemies with the power of Bard.

Kalista can offer the ultimate betrayal to her soulmate. He who chooses to be bound as her partner can often be saved, but better yet, sent into the fray by a treacherous spear-woman. Begin the combo by preventing an engage (ulting your support Malphite mid ult), then when the enemy is finally ready to fight, feed him to the fish.

Tahm Kench sure can eat. This gluttonous toad can devour any and every champion, from the smallest of Teemos to the fattest of Cho’Gaths – but the most important part is spitting back out. When Tahm Kench doesn’t swallow (and he rarely does), he can toss heroes around the battlefield at his whim, on his own time. Just when you think you are safe, Tahm will swallow you up, carry you right back into the battlefield, then send you forward even further to die a martyr. 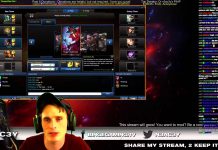