General Stephen Draper -
-6.8k
Path of Exile Shaping Before you start shaping your Path of Exile Atlas, we suggest you read our introduction to the Atlas. Once you have...
(via NA League of Legends)

Tired of playing Twisted Fate? Worn yourself out on game after game with Zoe? Trying to change up your mid lane strategy but feeling overwhelmed by the huge variety of mid lane champions on the market? Whether you’re new to Summoner’s Rift, or trying to refresh your enthusiasm, here are some picks that might spark your interest.

Swain’s rework in Patch 8.3 saw his base attack damage and attack range increase. Paired with his mana growth and a complete visual upgrade, mid laners have begun to flock to the renewed champion. While the win rate with Swain has remained somewhat stagnant (according to League of Graphs), he now ranks 12th in damage dealt and excels at both early and late game success, though still experiences a lot of fluctuation around pre-late game. We’re still seeing a very standard item build from most mid Swain players. Rod of Ages, Liandry’s Torment, Zhonya’s Hourglass, Rylai’s Crystal Sceptre, and Luden’s Echo are on everyone’s core list, as well as Death’s Hand as early as possible for easy lane pushing and mild gank insurance.

Swain’s popularity has met with fair resistance. The surge in Swain picks is being countered with a growing frequency in bans and an increase in players picking champions less prone to Swain’s unique strengths. Diana, who typically receives steady pick rates in the current meta, has experienced a noticeable drop in both pick and ban rates, which could very well be in response to her inability to counter late-game Swain. The resistance has yet to curb the steady flow of summoners considering him to be their possible 2018 mid main champ. Pooling players both skilled with his abilities and less skilled into the statistics considered, we’ll have to wait to see what Swain’s long-term sustainability becomes as a major mid pick. If you’re looking to try out a new main in mid-lane, give Swain a chance – just try not to get pitted against a good Heimerdinger.

Despite receiving some quality damage reductions in Patch 8.6, Zed is still a strong contender for important mid lane competitors. Players are much more likely to capitalize on Zed’s health-targeting passive when taking Domination and Sorcery runes. Choosing Ravenous Hunter to assist in 1v1 takedowns quickly escalates into full-on mid lane team fights. Electrocute is the go-to Keystone to choose for Zed playing in or above Gold rank. 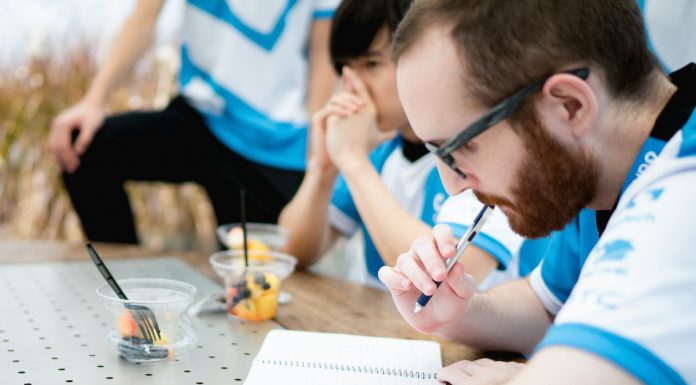 While Zed’s popularity has fallen considerably in the last two years, players who have lost faith in Zed have opened up the floor for more comfortable Zed mains to take center stage. Zed’s ban rate has possibly dropped more than any frequently played champion in the last two years, with an inverse increase in win rate. He might not be an easy option for your new mid main but, if you’ve got some practice under your belt, it could be time to double down and study up on popular strategies. Consider sacrificing movement speed early on for straight-up damage, and try a few matches with The Black Cleaver or Edge of Night. In team fights, Zed plays wonderfully with backup from jungle Fiddlesticks, whose silence and fear abilities help manage strong Zed counters.

As Miss Fortune says, “Fizz makes even the saltiest sailors of Bilgewater look like drunken landlubbers in a fight.” Sure enough, the term “salty” comes to mind whenever many think of a top-tier Fizz player’s enemy. The scourge of many, Fizz has managed to receive only marginal buffs and nerfs surrounding health regen over the ages despite being pretty high on mid and bot players’ ban lists. Where Fizz falters in sustained damage over time, he makes up for in ganking power and late game snowballing. The champion’s biggest counters also luckily happen to be some of the less popular champions of 2018, such as Kayle and Zilean. If you can overcome your memories of numerous defeats at the hands of a skilled Fizz, you too can pick up the trident and wreak some havoc.

Strategies for Fizz are about as random as they come. New Fizz players should keep in mind that the Playful/Trickster focused build is particularly item dependent, requires a moderate sense of aim and planning, and will make a lot of the opposing team focus you if you falter. Taking the Hextech Protobelt for a bit of extra health padding is advisable, especially when still practicing. Lich Bane and Rabadon’s Deathcap come in handy to stack on necessary damage and, if you’re worried about staying alive after a major play, taking Precision’s Triumph instead of the more basic Sorcery may quell your fears. Though, Sorcery’s Celerity may provide you with the same sense of safety if Precision isn’t for you.