League of Legends Warren Francisco -
-47
The Volibear Rework Allows him to Storm onto the Rift with a Whole New Kit With Riot Games’ recent...
Original image via Riot's Flickr, lolesports

A tie for first.

A tie for last.

And ties running all the way down.

The 2017 Spring season of the NA LCS has brought us closer to something we’ve never seen before: parity. As of the end of Week 5, no team is lossless, and no team is winless (via Cloud9’s 0-2 weekend). For the first time, analysts won’t put their money where their mouth is–any match up between two teams could swing in either direction.

North America looks nothing like its European counterparts, where G2 Esports is undefeated and ROCCAT and Origen are winless and facing impending relegation by a dominant challenger team, FC Schalke 04. Naturally the games are much more interesting to watch. In addition to the NA LCS simply being a more popular league for viewers and sponsorship, games are also far more exciting, at least partially due to the increased degree of parity between teams. Reading reddit post-game threads or watching a short highlight video from the Riot Games Youtube channel simply isn’t enough to capture what’s going on in NA.

People are ready to make the argument that Cloud9 and TSM are on top of the league right now with their 8-2 records, but it’s not as if they’ve been sweeping through the league. In fact, TSM has only had a single clean sweep thus far, against bottom-feeding Team EnVyUs. If the Bjergsen-led squad was playing in a best-of-two league (such as the EU Challenger series), they’d be sitting at a mediocre 1W-6T-2L.

Similarly, Team Liquid falls on the opposite end of the spectrum, sporting a 9-16 overall record, but ending up with a 2-8 series record which lands them at last place in the NA LCS. EnVy, who shares the accolade with team liquid has also looked incredibly competitive in every single one of their series, before often having a mixed up mid to late game. The thing is, if either of TL or NV were playing against C9 or TSM today, it would be incredibly difficult to predict the winner of each match.

Why is the NA LCS more competitive?

The first, most obvious reason, is Doublelift. TSM had a near stranglehold over the league towards the end of last season. A large portion of their success is now being attributed to the steady play and aggressive shot-calling of Yiliang Peter “Doublelift” Peng, who is on hiatus and developing his personal streaming career. Jason “Wildturtle” Tran simply hasn’t been able to reach the same degree of success as a substitute, and Soren “Bjergsen” seems to be struggling to assume complete leadership.

Secondly, the level of talent has risen. Despite what critics may say about the North American solo queue ladder, its competitive league is now bursting with talent, both raised domestically and procured from abroad. Korean legends like Lee “Flame” Ho-jong, Jang “Looper” Hyeong-seok, and Kim “Ssumday” Chan-ho are just some of the imports that are elevating the level of play in the top lane to the next level. Domestically, we have seen few stars rise as fast as Matthew “Akaadian” Higginbotham, who is being constantly compared to mechanical Immortals jungler, Joshua “Dardoch” Hartnett.

When there’s this much talent being thrown around, games will be competitive regardless of coaching, infrastructure, or other external factors.

What does this mean for the LCS?

Parity can often be attributed to health. When games are unpredictable, people become excited to watch them. Expect viewership to continuously creep forward, pending the creation of new esports narratives and unwritten story-lines.

Additionally, it gives North America a chance to be competitive internationally. A domestic arms war is finally starting to develop. Teams will push each other to improve daily. Scrims will be taken more seriously.

Of course, this is all happening in the Spring Split, where nothing really matters. By the time October rolls around, we could be looking at a drastically different League of Legends landscape. Team Liquid is already starting to lead a possible dynamic shift, holding tryouts over the next couple of weeks. But it has, for sure, been established that stagnation is no longer the name of the game.

Previous articleMaokai Nerfs: Riot Chops Down Top Lane’s Tallest Tree
Next articleLeague of Legends: How to Use Smart Pings to Win Games 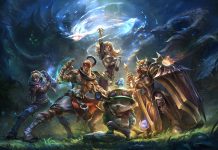