General Stephen Draper -
-6.8k
Path of Exile Shaping Before you start shaping your Path of Exile Atlas, we suggest you read our introduction to the Atlas. Once you have...
Cloud9 have decided to stay focused on their championship run. Feature image via Riot Games.

In order to focus on continuing their amazing performance in the NA LCS, @Cloud9 will not compete at #IEM Katowice.https://t.co/p79kfZImtY pic.twitter.com/6GkS6uUwkp

C9 have opted to stay focused on their fruitful 6-0 start to their League of Legends Championship Series campaign, giving their members a two-week competitive breather before what could be a marathon through the 2017 World Championship.

The same announcement also cites “the current uncertainty around visas and re-entry for Cloud9’s internationals since 60 percent of the Cloud9 League of Legends staff are foreigners on a visa to the United States,” as a contributing factor.

By staying behind, the two-time LCS champion relinquish the opportunity to compete for a portion of the $150,000 prize pool while going head-to-head with other first place lineups such as Unicorns of Love and Edward Gaming.

“Although we would have loved to see them live, we understand their reasons and wish them the best of luck in the NA LCS.”

IEM are yet to announce C9’s replacement.

Previous articleEdge of Night Dominates in Week Four NA LCS
Next articleLeague of Legends: 11 Ways to Min/Max before 00:00 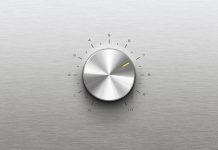