General Stephen Draper -
-6.8k
Path of Exile Shaping Before you start shaping your Path of Exile Atlas, we suggest you read our introduction to the Atlas. Once you have...
My skin of choice - Frosted Ezreal - for when I'm pulling the gunblade trigger

I’m here to bring you the next hot topic on Summoner’s Rift – the sleeper pick that you haven’t – and probably will never see – in professional League of Legends play.

It’s not just any Ezreal though. I’ve spent tireless days in the workshop attempting to find my place in the meta game, finally realizing that what I needed was not a map, but a Hextech Gunblade. I’ve moved the Prodigal Explorer into the mid lane where I build him as a hybridized AP-scaling carry, capable of cheesy dueling, annoying poke, and unexpected burst.

Before you guys slight the idea, claiming that success could be found on any champion/build on a smurf, I will accept the fact that I am, indeed, using my alternate account for these games. That being said, my Ezreal matches have been played at the mid-Master level, among the top 500 players in North America. 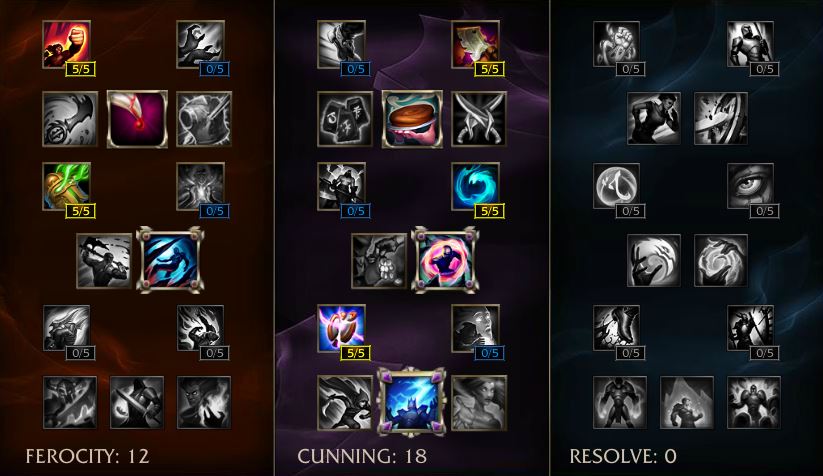 I spec mostly down the Cunning Tree, taking a fairly standard burst mage setup, culminating with the Thunderlord’s Decree Keystone. Ezreal benefits immensely from both the Meditation mastery as well as the Hybrid Penetration down this tree, especially given the dual-damaging nature of my build path. Thunderlord’s gives you that additional burst that is necessary sometimes to one-shot an opponents Health bar in the mid game. 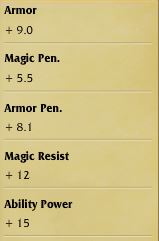 My runes are as follows:

This setup allows me to get the most value out of each of my runes, per what damage I will be dealing and receiving. One alternative here could be using Mana Regeneration Seals (Yellows) if you’re against a pure ability power mage in lane. Otherwise, the Armor Seals tend to be extremely beneficial in early trading, especially with the significance of physical minion damage.

As far as Summoner Spells go, I always take flash. The secondary spell is usually left to either Ignite, Cleanse, or Heal; this depends on my lane match up, the amount of crowd control on the other team, and the prevalence of Grievous Wounds on the enemy team.

I usually begin my games with a Doran’s Blade and a Health potion. This gives me incredible dueling, as well as helping me with last hits in the early games of the day, before I have warmed up. The other option I have played with is a Dark Seal with Refillable Potion, for times when I’m laning against extremely passive players (think Huhi, Alex Ich).

The 3 constants in Hextech Ezreal’s core build are the following: Hextech Gunblade, Lich Bane, and Ionian Boots of Lucidity.

This is your first main item. Not only does it grant fantastic sustain in lane, but the new active makes for a surprising amount of burst when completed. With a Hextech Gunblade, you will have more raw offensive stats than anyone in the game, all else held equal. I tend to build the Bilgewater Cutlass component first, due to the lifesteal which helps out immensely with laning. Further, the active slow and damage enables your lane to be ganked much more easily; your jungler will love you for it.

Ezreal always has, and will, build a Sheen item. Its empowerment of his Mystic shot makes it a core item in every single build path he takes. The cooldown reduction added this year makes it an even more fitting item for the kiting marksman.

In this case, Lich Bane gives Hextech Ezreal the best ability power scaling into the late game. I’ve thought about running Iceborn Gauntlet, but the 80 Ability Power and hybrid damage Spellblade passive are too much to pass up. 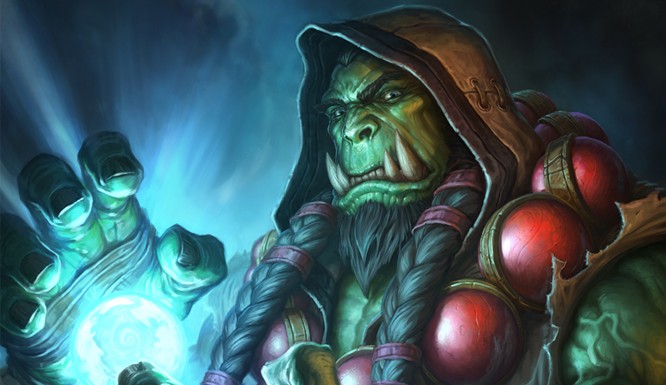 These boots will help Ezreal’s cooldown reduction reach 30% after 4 items, which is exactly the amount you want to be finishing the game with (since blue buff gives an additional 10%). This is the best ‘bang for your buck’, but if you happen to be building even more CDR, Sorcerer’s Boots may also be a solid alternative.

After these items, I tend to go for a mix of Void Staff, Luden’s Echo, Rabadon’s Deathcap, and Zhonya’s Hourglass, depending on the flow of the game. Item builds are always somewhat contingent on the enemy composition, so make your decisions accordingly.

From levels 1-3, few champions are able to duel Ezreal. The Doran’s Blade purchase in the mid lane gives him ridiculously strong auto-attacks, probably the most important aspect of early trading. After level 4 though, you may find yourself to be a little weaker in all-out brawls until you complete your Hextech Gunblade. He also struggles with clearing waves, a natural trade-off for incredible area-of-effect PvP burst and powerful 1 on 1 dueling.

At this point, you want to have one or two core items completed (15-25 minutes). This is when Hextech Ezreal truly shines. Consider that with just Hextech Gunblade, Ezreal’s entire burst will amount to over 1500 damage – in less than 2 seconds. No other champion in the game can lay down that much pain in such a short span of time, so early in the game. Of course, you need to land all the skill shots, which can be a challenge.

Inspired by my old teammate’s pure Ability Power Ezreal, displayed in this montage.

Look to pick out stranded supports and squishy marksmen, as you will be able to – without a doubt – instantly end them. You won’t deal that much damage to tanks, so unless it’s free poke, look to target the carries instead.

To be completely honest, you really don’t want to be reaching the late game. This season has been facilitating faster games anyway, so it shouldn’t be a concern. If you happen to reach the 6 item point, understand how important your Trueshot Barrage (R) will be in team fights, so don’t waste it clearing minion waves unless you can be sure of its readiness before the next fight. You’re going to be an annoyance more than a carry – but hey, sometimes mosquitoes can end entire civilizations.

Best of luck imitating this idea. I promise it will bring you unprecedented success; if not, you’ll get a slew of teammates flaming your for being unconventional – but we’re not worried about that. Innovate today, win tomorrow! 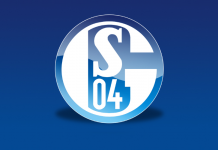