General Stephen Draper -
-6.8k
Path of Exile Shaping Before you start shaping your Path of Exile Atlas, we suggest you read our introduction to the Atlas. Once you have...
Fnatic Spirit on stage. Photo via lolesports.com

“Working with Dayun for the last year has been an absolute pleasure,” wrote team manager  Finlay “Quaye” Stewart. “Never before have I seen a player with such intense amounts of dedication and attitude towards a single goal of winning. Even after living in a foreign country surrounded by an unusual culture and losing his two closest friends on the team, Spirit gave it his all day in, day out.”

Despite flashes of brilliance, including a second place finish at the annual IEM World Championship, the Fnatic-Spirit marriage, which began December of last year, fell short of expectations with the organization missing out on both LCS Finals, a first in team history. The storied Fnatic will also miss Worlds for the first time since Season 2.

“I am very happy that I worked with Fnatic,” said Spirit in the press release. “They really helped me to improve myself as a player and as a person. I grew up a lot and I just want say thank you Fnatic. Also, Fnatic management is actually insane, I love them!”

With Fnatic citing their desire to rebuild and restructure their team, it’ll be interesting to see what domino falls next. 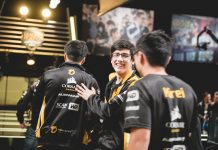