General Stephen Draper -
-6.8k
Path of Exile Shaping Before you start shaping your Path of Exile Atlas, we suggest you read our introduction to the Atlas. Once you have...
EDG is going to need this man to put on his big carry shoes against ROX. Photo via flickr.com/lolesports

Who would’ve thought that the number 1 seeds from Korea and China, the League of Legends powerhouse regions of the world, would be clashing so soon? Countless pundits predicted either ROX Tigers or Edward Gaming to be the world champion this year; at least half of those predictions will have gone awry by the end of this weekend.

As the tournament has progressed, these two squads have looked far from infallible, dropping games. In fact, both of them have even lost matches to the Wildcard teams that were previously occupying their respective groups. The greater perceived level of parity shared among the field has also increased the level of volatility going into this series. Are teams really that close in skill this year, or were the groups highly competitive in their own separate echo chambers?

Veterans to the Field

Some familiar faces, mostly Korean ones, highlight each roster. On ROX’s side, Kim “PraY” Jong-in, Lee “Kuro” Seo-haeng, and Kang “GorillA” Beom-hyeon will be bringing in the experience. Each of these players shares consistency and a very refined mechanical skill-set, best demonstrated when on a comfort pick. Unfortunately, GorillA’s Janna, which he used to control the entire rift with, has fallen far out of the metagame. On the flip-side of that, Ezreal has been one of the most popular marksmen at Worlds 2016, and PraY is no stranger to the limits of the Prodigal Explorer.

EDG will be starting Heo “PawN” Won-seok in the midlane, definitely emphasizing their valuation of experience in this playoff stage. He has a proven accord on the international stage, performing at the pinnacle of League as a World Champion in 2014 with Samsung White, arguably the most dominant team in League of Legends history (SKT fans need to relax).

The most dynamic and simultaneously unpredictable match-up will be in the jungle. Han “Peanut” Wang-ho and Ming “ClearLove” Kai have not lived up to expectations this tournament. In their victories, they have absolutely shined, making spectacular mechanical plays including a game-saving Baron steal by Peanut’s Nocturne – but their losses have been troubling. These highly touted junglers simply looked lost at times, getting completely caught out without making any legitimate play. Whoever will find and strengthen their resolve first will be able to greatly impact the outcome of the series. It’ll be a test of mental dynamism, not discipline this time around.

Top overall ranked player coming into this year’s World Championships, Song “Smeb” Kyung-ho is licking his chops. Anything less than domination in this series will be deemed a failure on his part.

EDG, and the League of Legends community as a whole, received unfortunate news on October 12, just 3 days before the ROX vs EDG match-up, that one of Yu-hao “Mouse” Chen’s family members has passed away. As a result, he will not be competing this weekend, nor the rest of the 2016 World Championship.

Looking across the field now for Smeb, stands EDG’s lifer top laner Tong “Koro1” Yang. Since starting with the team in 2012, he has had some incredibly strong performances, especially domestically. However, of late his absence from competitive play was at his own discretion. As metagames shifted, he found himself unable to keep up and perform to his own standard. Now, he has no other choice.

Smeb will be facing an opposing top laner who not only admits to a significant lack of confidence up front, but also will need to shake off over half a year of competitive rush. If Song’s mechanical prowess is not fully broadcasted here, then he probably will not get another more presenting opportunity; this is the double-edged sword of pressure and that he has been handed.

By all means, he is expected to rise up to the challenge. After ample time in the group stage to warm up, the fingers should be done cracking. Time to shift into higher gear.

The series of unfortunate events for Edward Gaming could not have come at a worse time. Mouse had been starting to find some traction of late as well, especially on an Irelia that, despite being camped to death, managed to rebound robustly. Their two recent losses against H2K Gaming must have ROX practically salivating, and rightfully so.

As one team is falling out, the other seems to be coming into form. Especially evident in ROX’s tie-breaker match against Albus NoX Luna, openings against the Tigers will be few and far between. Even if Peanut takes a passive stance, the consistency of the other members combined with the feast that Smeb will be served should be sufficient to vault them to victory.

Perhaps though ClearLove may be able to garner just enough control in the early game that his team will simply be able to team fight their way to a win. There’s a lot riding on his shoulders, and I’m sure he’s well aware of the immense burden he carries for his team this weekend. 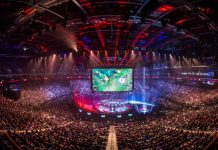