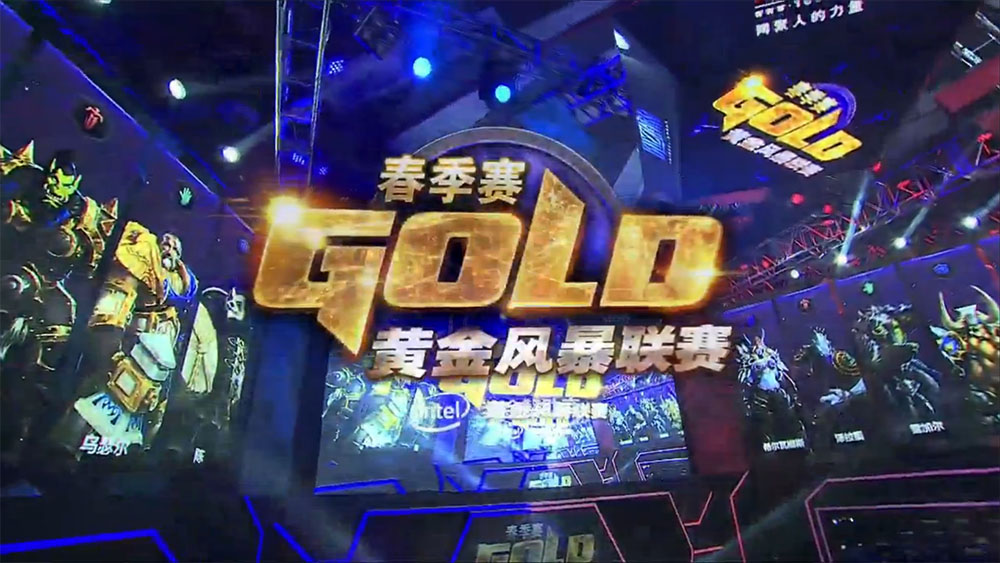 What happens when you take a region that was already dominated by upper division teams and add the undisputed best team in the world on top of that? You get an clash of the gods.

It’s a tale as old as time in esports: Korea vs China. On one side, you have the cool and calculated strategies of the Koreans; on the other, unrelenting aggression guaranteed to net 6+ kills within the first 10:00. This rivalry goes back far in League of Legends, but now it has moved to a new battleground. Gold League 2016 Season 2 is all about the showdown between these two regions in Heroes of the Storm.

Dredging Up the Past

During Season 1 of last year, China opened its doors to Korean teams to come and compete against them. In theory, it was a great idea, but I don’t think the teams were prepared to face international competition yet. The two Korean teams—Team Snake, now DsA/AsD and Team DK, now Team No Limit (TNL)—proceeded to annihilate their Chinese opponents and subsequently take the top two spots in the tournament, netting two Chinese sponsorships in the process.

Naturally, this was disheartening for the first meeting between the two regions. China and Korea will always boast being close in skill, but Season 1 revealed that the Chinese were lagging behind their Korean counterparts where it mattered.

The following season, the Korean teams were actually banned from Gold League on the grounds of protecting the domestic scene in China. Maybe this is true, maybe it was out of spite. In any case, they instead invited recent BlizzCon winners and world champions Cloud9 from America to compete with them, which top teams were luckily able to dispatch with ease.

Season 2 in 2015 followed by the Grand Finals earlier this year further cemented China’s identity and developed them as a force to be reckoned with. Subsequent victories over North America’s champion gave them confidence and a ranking on par with the best teams in the world—soon, a region to be feared.

As with any region, China has its own tiers between teams—the goods, the bads, and the no-names. In this tournament, the bottom of the barrel unfortunately goes to Star Club and Brave Heart, both regulars of the league. In spite of two former Gold League performances, they haven’t shown much improvement and continue to languish at the bottom of the totem pole with a 0-5 score during group stages. Newcomer TSD, a carryover of 2015’s Team NeXT, posted surprisingly positive results and cruised into the playoffs looking strong, even taking a game off of eStar in the first round. They might be a team to look out for in the rising ranks of mid-tier teams. 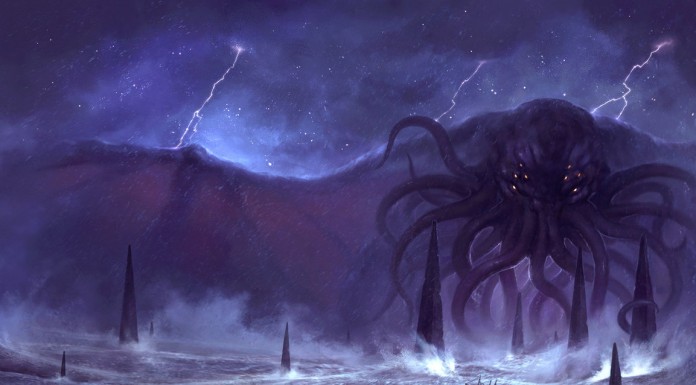 On the other side of things, ZeroPanda and Oh My God stand resolute as the gatekeepers to the upper echelon of teams. Both stand in contention for the third best Chinese teams. In spite of that, both teams are prone to mechanical snafus and poor decision making at times, preventing them from ever making their way into the top two spots as they continue to struggle against outside competition from Cloud9 and the Koreans. 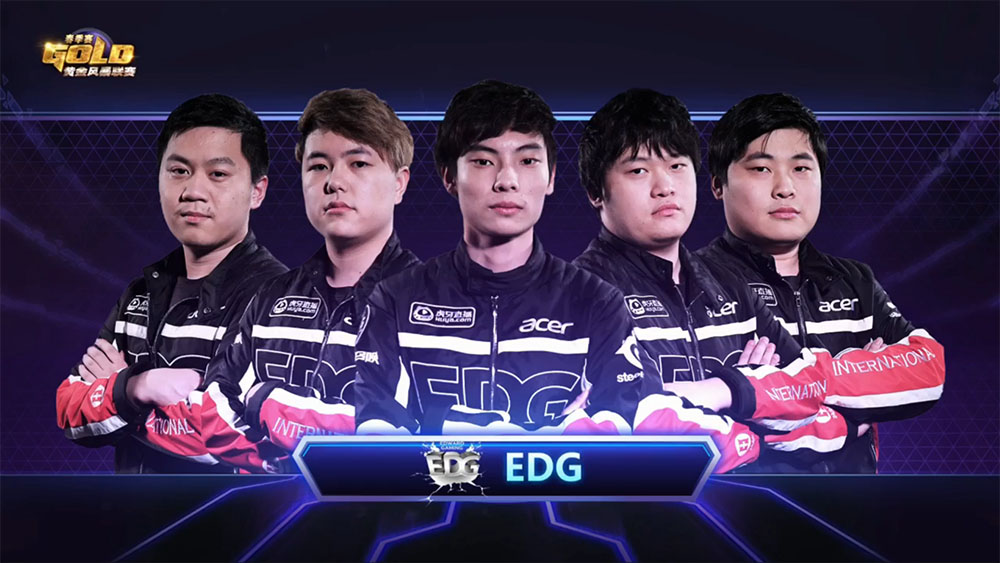 While most of China’s teams have struggled against their competitors, eStar and EDG have arisen as resoundingly dominant teams, going toe-to-toe with the best teams from every region at the Spring Global Championship, even getting revenge on TNL for their humiliation last year. eStar has been undisputed #1 in China for a long time, but EDG’s recent performances have kicked it up a notch. At this point, matches between eStar and EDG could go either direction.

But in Gold League, one titan still stands in their way: MVP Black.

MVP Black has won almost every premier title in the last six months and dropped less than a dozen tournament games this year. Inside Korea, they dominate their opponents. They won the Spring Global Championship without dropping a single game. By all statistical accounts, they are invincible.

However, eStar have achieved the unthinkable already: they made the gods bleed. During the Group Stage, MVP Black looked unstoppable until they met eStar in the final round (a meeting which was highly anticipated in our last article). For the first time in several months, MVP Black looked like they were struggling as eStar took a game off of them. MVP Black eventually went on to win the series, but it was far from convincing and exceedingly close to an eStar victory. 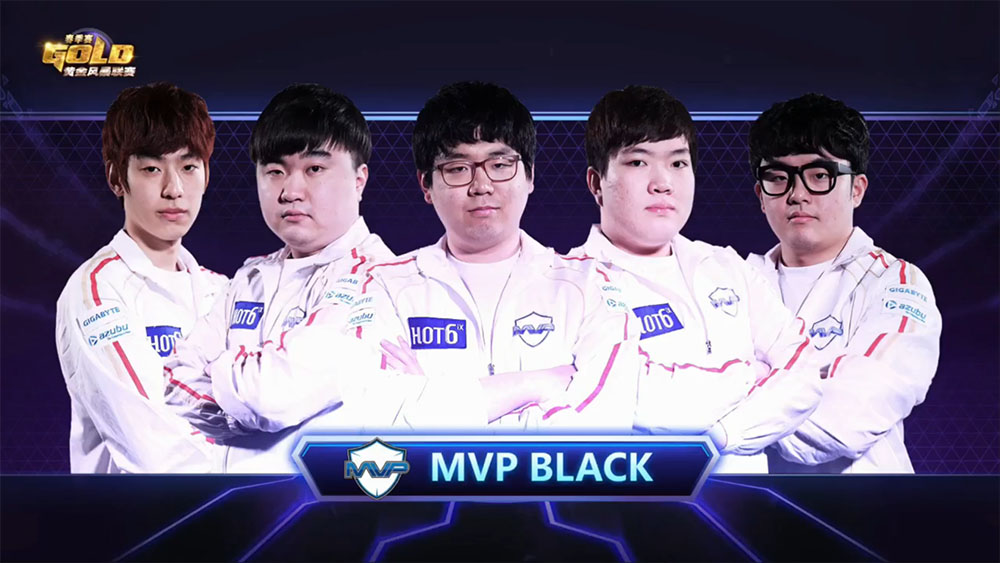 MVP Black has torn through the rest of the Chinese teams, but eStar waits for them in the upper bracket finals of and EDG remains a looming threat in the lower bracket. The playoffs won’t decide the best region, but if China can grab a tournament win against MVP Black, it’s a great start to overcoming the Korean dominance they experienced last year. MVP Black is strong, but are they invincible?

Previous articleNaventic Take the Crown over Cloud9 at DreamHack Austin
Next articleLocked and Loaded: Tracer in Heroes of the Storm 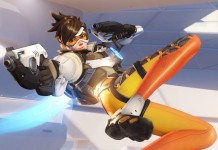