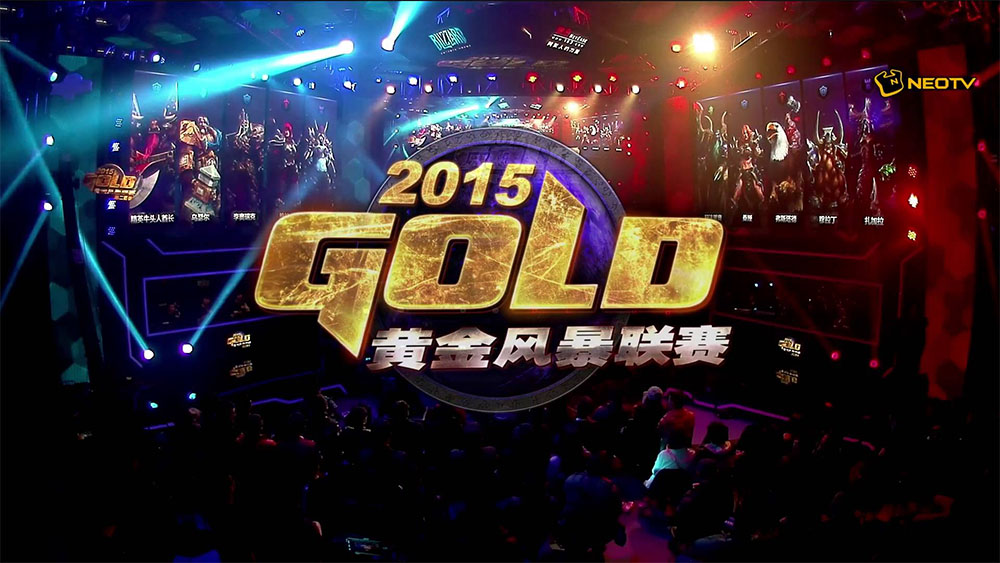 China’s premier Heroes of the Storm tournament, the Gold Series Heroes League—Gold League for short—kicked off last week with rather unsurprising results. While Gold League houses the country’s greatest teams, there’s still a large disparity between the teams that sit at the top and the rest of the pack, a fact which was quite evident from this week’s performance.

Gold League is played in a round robin format similar to League of Legends’ LCS format, the only notable difference being that the teams are divided into two groups of six. Each team plays the other teams in their group once, and the teams with the highest points at the end of five weeks head into playoffs.

It’s important to note that while getting an early lead doesn’t necessarily net a spot in the playoffs, it takes away a lot of stress when teams are fighting to clinch the last one or two playoff spots near the end of the season. With that in mind, the first few weeks are a big chance for teams to pick up momentum and cruise into the playoffs with ease.

A Series of One-sided Games

Out of the teams in the tournament, there are three that clearly stand out: eStar, EDG, and MVP Black. Coming back from their respectable second place finish at the Global Championship, Chinese team EDG easily KO’d the two strongest runner-ups in Group B, ZeroPanda and X-Team, and essentially secured their spot in playoffs already.

In Group A, eStar and MVP Black shut down their opponents without batting an eye. eStar is the undisputed best Chinese team by far, winning virtually every Chinese tournament, including every season of Gold League since 2014 with the exception of the Korean invasion during Season 1 of last year. Likewise, the Korean behemoth MVP Black, on top of dominating their region, has set the world standard for excellence after winning the Global Championship less than a month ago without dropping a single game. Luckily, these titans won’t meet up until the last round, so they should have a fairly easy ride through their groups until that time.

Out of the eleven total matches last week (and one forfeit), eight of them were 2-0’s—a stat which testifies to the skill difference between teams. Not only were the series scores one sided, but the games themselves were brutal. MVP Black destroyed OMG with a pre-10:00 win, and games from eStar and EDG looked similarly one-sided. Right now, these three reign supreme.

A Future Shift in the Metagame

The trend this week included a lot of double Support compositions to empower a hyper-carry Melee Assassin like Illidan, Thrall, or Greymane. The recent changes to Illidan make him a real threat, to the point where we’re seeing him get first banned in almost every game. Although Thrall and Greymane haven’t quite reached that level, they are picked nearly 100% of the time. In Patch 17.2 that went out this week, Greymane received a huge nerf to his Gilnean Cocktail ability, which in turn weakens his strongest build. As a result, we’re likely to see him drop out of competitive play entirely without a suitable replacement. We may see also Thrall banned more often without the threat of Greymane to keep him in check and maintain a level playing field.

Artanis, on the other hand, received a mini-charge attached to his W in 17.2, meaning we’ll actually see him played competitively! He’ll finally be able to keep up with the action instead of huffing and puffing behind the rest of his team like an out-of-shape jogger. Dehaka and Diablo have also seen a rise in popularity among other regions, and, should the Chinese pick up on these strategies, we’re likely to see some new tanks thrown into the mix.

There’s still plenty of time for lesser teams to make a comeback or at the very least grab one of the lower seeds into the playoffs, and that time is actually a really important factor in Heroes. The rapid rate of change in the meta (due to nearly weekly balance patches from Blizzard) combined with an emphasis on strategy and composition over mechanical skill makes it much easier for lesser teams to gain an edge in Heroes by figuring out the meta first.

That said, the best teams adapt and change constantly; we’re unlikely to see the dethroning of MVP Black because of a minor change to Greymane. Still, these changes can allow teams to take a game or two off of opponents they otherwise wouldn’t have been able to beat. It’s all about whoever can strategize the quickest.

How to Keep Up with the Action

Keeping up with Heroes events is admittedly difficult, but there are a few reliable resources you can always turn to. GosuGamers has a full list of drafts, streams, and schedules to follow, as does Team Liquid’s Liquipedia.

The primary stream can be found on Gold League’s webpage in Chinese. For an English cast, Gillyweed and Zoia are doing a secondary stream on Twitch. Although the games start early in the morning for America (impossibly early if you live on the west coast), it’s well worth the effort of waking up if you can! Tune in and enjoy the show!

Previous articleThe Case for Momentum in Competitive Heroes of the Storm Esports
Next articleNA Qualifiers: The World Turned on Its Head 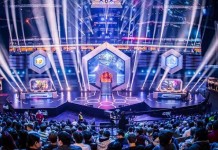 Solid Mindset: Making the Most of a Bad Situation

Heroes of the Storm: 5 Reasons Why You Died