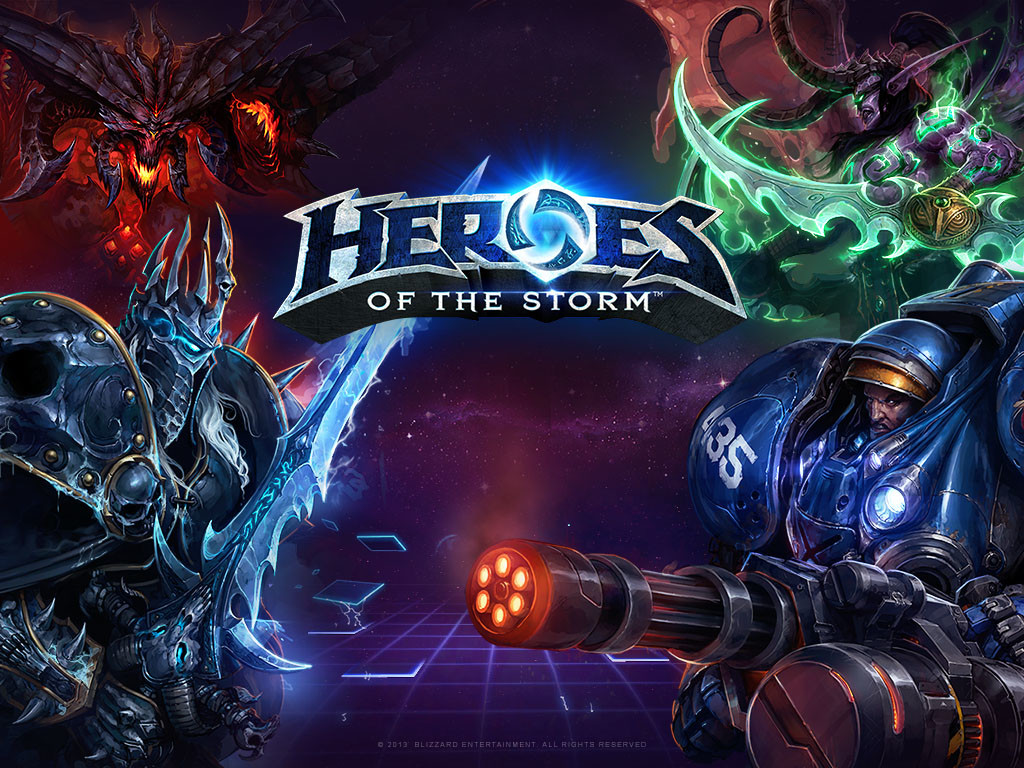 “All right, I’m gonna take down this gate real fast, it’s just Li Li here…wait what?! How did I die? Oh, it was Jaina, what was she doing up here?”

Sound familiar? It happens to me almost every day, but instead of getting angry, I try to look at it as an opportunity to learn. As noted in a recent article, simply surviving and cutting down on your deaths will help you improve immensely. Focusing on what you’re doing wrong and figuring out a way to fix it is the easiest way to become a better player.

Unfortunately, there are a plethora of reasons why we die in Heroes of the Storm, and we can’t learn from it if we don’t realize what we’re doing wrong. Don’t worry though, we’re here to help you identify some of those mistakes! Listed below are five of the most common reasons for your deaths—Enjoy!

This is the bane of all specialists and strong laners. With Heroes like Sylvanas, Kael’Thas, or Zagara, you’ll often find yourself dominating the enemy laner and sieging up your opponent’s towers early on. To be fair, that’s not completely your fault—it’s simply a natural product of those characters. Nonetheless, you need to be thinking about the enemy team and showing caution when you’re pushing in the lane. 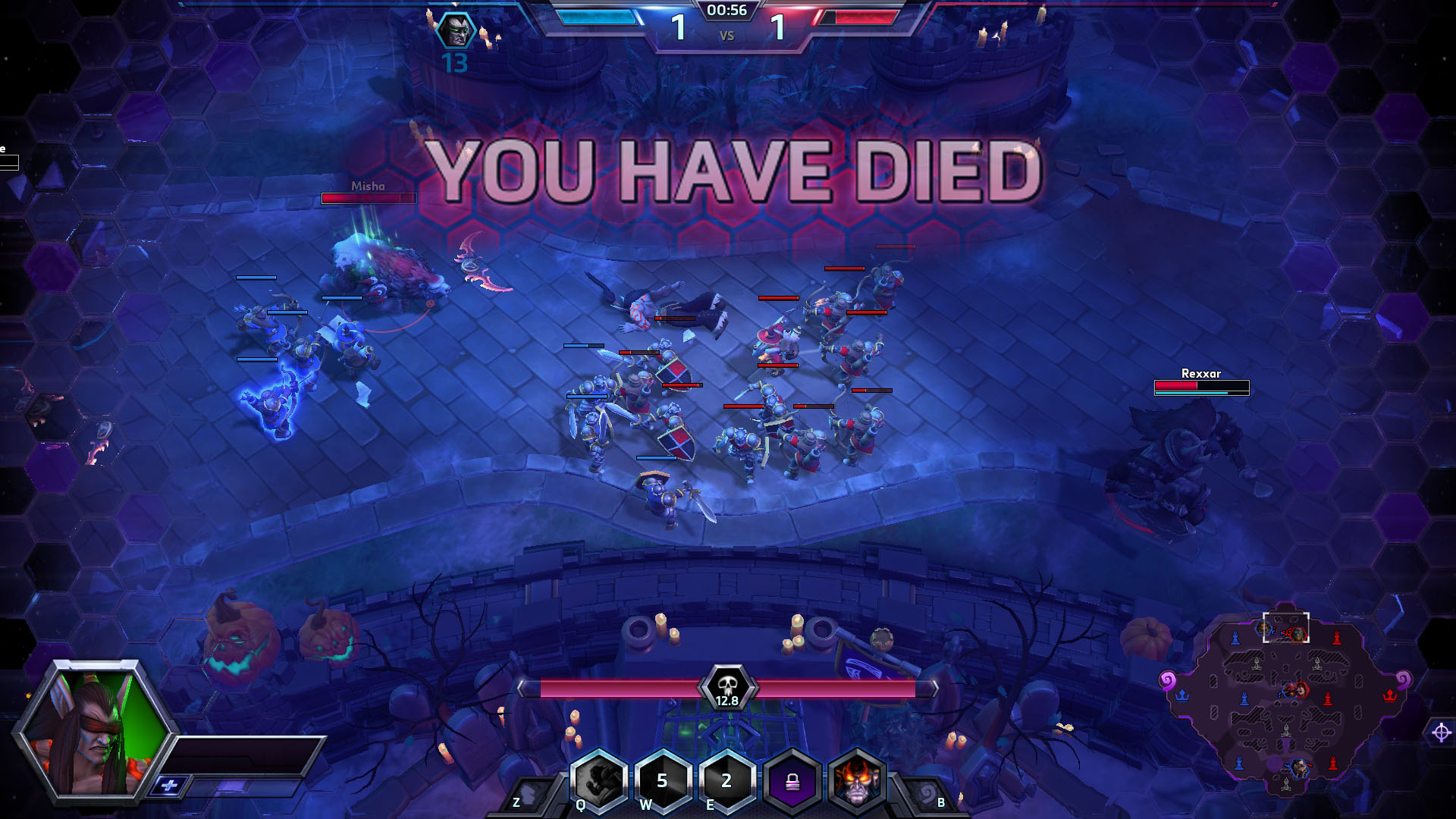 There’s a time to push and a time to freeze the lane. Always consider the situation, watch your minimap, and react accordingly. On larger maps, split pushing can often be an effective tool for pulling the enemy team away from an objective, but smaller maps can prove to be problematic. For instance, Tomb of the Spider Queen provides opportunity for enemy rotations without causing them to lose out on experience or the objective, not to mention that rotations between the lanes are quick; it’s easy to get ganked for overextending even just a little!

2. You got greedy for the kill.

Jaina only has a sliver of health, you almost got her! Great, but you actually just traded your life for nothing. There are a few correct times and places to trade your life for damage, especially as an Assassin, but in general, you want to try and avoid diving just to deal damage. Instead, pull back a little and focus on working as a team to kill targets. 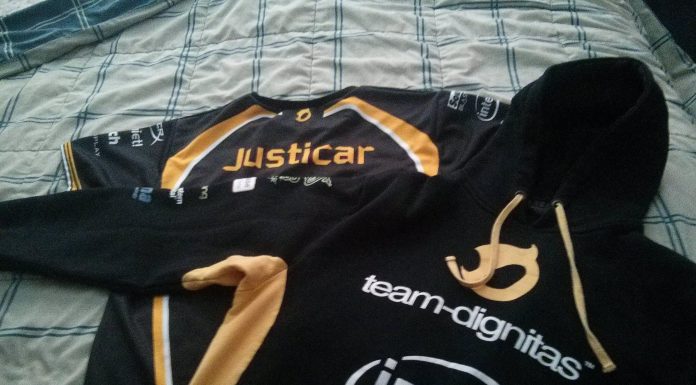 It’s really easy to get tunneled in during small skirmishes and chaotic teamfights, but it’s important to check yourself and avoid chasing too hard. There’s room for individual outplays in Heroes of the Storm, but when you start diving behind towers or into the center of the enemy team just to get kills, you need to reel it in and focus on the bigger picture.

3. You weren’t paying attention to the minimap.

Let’s be honest here. You weren’t looking at the minimap. You had no idea where the enemy team was and you didn’t try to play safely; you were just in your own little world trying to push the lane. This is the downfall of many MOBA players and perhaps the hardest pitfall to overcome.

Luckily, it’s a fairly easy skill to practice. Make a conscious habit of looking at the minimap and actively thinking about where the enemy team is. Against stealthies like Nova and Zeratul, keep in mind that they can be anywhere on the map. Don’t lull yourself into a false sense of security just because you don’t think anyone is nearby. If you’re keeping track of the enemy team and predicting when you could be ganked, all you need to do is play safe and your team will start to pull ahead.

4. Your positioning was awful.

People get caught up in rotations all the time because they’re not paying attention to their positioning. Think about where the enemy team could be and always take the safest route, even if it takes longer. You probably carelessly right-click to another lane and then spend some time watching your allies fight in lane, but it’s a bad habit! Always keep eyes your Hero (you can hold down Spacebar to follow them) so you can be prepared for a surprise gank during rotations.

Your positioning during teamfights is probably also questionable at times. Teamfighting is all about positioning and where you fit in, so it’s important to know your role on the team and where you need to be. If you’re an Assassin, you typically want to position yourself behind your tanks and make sure that you aren’t the one initiating fights. As a tank, don’t just dive the back line and forsake your team. If you’re a Support, make sure you’re staying in range of all your allies so you can support them. If you’re not following some of these rules, you’re probably overextending a bit in teamfights and dying or causing your allies to die. Remember that Heroes of the Storm is always, first and foremost, about teamwork!

5. You weren’t thinking ahead.

Remember that one time when you thought you could fight a Thrall and then basically got one-shotted? It’s because you weren’t thinking about who you were fighting and if their abilities were up. Thrall is always going to be a fearsome opponent, but there’s a huge difference between “Thrall with all of his abilities up” and “Thrall on cooldown”. Keep track of your opponents’ basic and Heroic abilities and look for opportunities to trade while they are on cooldown.

Additionally, you need to anticipate what players are going to do so you can dodge their skillshots and lower their overall DPS. For instance, if you know Kerrigan is about to do her combo, all you have to do is sidestep it then turn and trade favorably with her while her abilities are on cooldown. Think ahead and outsmart your opponents—it’s that simple!

Previous articleSolid Mindset: Making the Most of a Bad Situation
Next articleHeroes of the Storm: Hero League Starter Kit 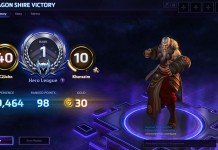 Heroes of the Storm: A Closer Look at the Talent System