It’s finally 2017. Happy New Year to everyone! For our first Hearthstone article of the New Year, we wanted to take a look back at the meta throughout 2016. A look at the best, the worst, and the Shamans. Are we happier now, or has Hearthstone done better?

Starting off with a Mystery

The first few months of the year continued the Secret Paladin meta. This was also before Force of Nature was nerfed. Midrange Druid and Secret Paladin dominated the ladder entirely. Secret Paladin had the perfect curve of insane 1-2-3-4 drops, and then Challenger on six. The skill level of the deck was incredibly low, and this was the first time bots were hitting legend. All in all, it was not a particularly fun meta.

Midrange Druid was incredibly strong because Force of Nature + Savage Roar was 14 damage. A 14 damage combo from a hand with two cards and nine mana? Absolutely insane by today’s standards. To counter the meta, a lot of people played either Patron Warrior (post nerf) or Freeze Mage. This was probably the meta I’ve had the least fun with in Hearthstone history. Secret Paladin was absolutely the bane of my existence.

With the release of Whispers of the Old Gods came Standard mode. Since this removed several sets, it changed the meta dramatically. This meta had three dominant decks. This was the rise of Shaman, and the start of it being incredibly strong, with Aggro Shaman being their herald. Druids came out of the ashes once more with Token Druid toting Yogg-Saron. The strongest deck, for a long time, however, was Dragon Warrior. This was the first time in a long time that Warrior donned the Tempo hat, and it was incredibly strong. Alexstrazsa’s Champion and Fiery War Axe allowed them to snowball hard, with Dragons finishing the job.

Aggro Shaman and Dragon Warrior were both incredibly fast decks, creating an aggro meta. Token Druid was much slower, but it was one of very few decks to hold its own against the other two. I myself loved the idea of Token Druid… but… Yogg. I hate randomness, and Yogg was something that I hated playing or seeing. Still, it was a lot better than the Secret Paladins.

One Night in Karazhan brought one thing, and one thing only: Shamans. This adventure rolled out nerfs that hit the other classes much harder than Shamans. Shaman also got Spirit Claws and Maelstrom Portal. Suddenly, Midrange Shamans were the best. At everything. They had the best early game, mid game, and late game. Hex was the best removal, they had great AoE, and they had incredible value from their cards. They did everything. Honestly, I didn’t play much this meta, because Midrange Shaman sucked.

Where we’re at now

This brings us to the end of the year, and the final expansion. The Mean Streets of Gadgetzan brought with it a few important cards. Kazakus enabled many Reno decks, while Patches and Small-Time Buccaneer enabled death in five turns. The best thing about the current meta is that every class has a viable deck. Hunter and Paladin are weak, but I still see them at high ranks occasionally. The worst part is that every deck has to be teched against both Pirate Warrior and Jade Druid. Which is pretty much impossible. Often the current meta feels like Rock Paper Scissors… but at least there’s a lot to choose from.

All in all, I’ve hated every meta. 2016 has been my least favorite year in terms of Hearthstone metas. That being said, with some minor tweaking the current meta could be the best of the year. Hopefully 2017 will bring far better things, and no Secrets. Or Pirates. Or Yogg. Screw that guy. 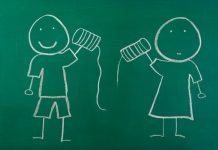