Dota 2 Craig Linscott -
-996
Silencer Here is a Hero that can silence entire stadiums of screaming fans. A fun trend that is going around in the larger LAN tournaments...
Featured image via images.blizzheart.com

Recently, many professional players, as well as community members, have expressed their unhappiness with the state of Hearthstone. This dissatisfaction is a direct result of several cards printed in the recent Mean Streets of Gadgetzan expansion, and it may be the fastest that professional players have grown tired of a meta. It comes down to one problem in particular: the ‘turn five’ issue. Namely, that there is no turn five.

Let’s look into the problem, as well as talk about why professionals have turned against this particular meta so fast.

One of the biggest problems we face today is a general exhaustion with Hearthstone. Coming into this expansion, the most powerful deck was Midrange Shaman. And by most powerful, I mean it was literally in a tier by itself. No other deck came anywhere close or had a favorable matchup. Needless to say, this was awful for the morale of many players, myself included. Playing against the same deck over and over again sucks, especially when it’s so strong. Morale wasn’t high coming in this expansion.

I talked about this before, and I wasn’t the only one who predicted it. As many good cards as they put out, they didn’t nerf any existing ones. Shaman got new good cards to go along with their old ones, so they got even stronger. The only thing that changed is that now the tier one deck is Aggro Shaman, not Midrange Shaman. That’s worse. 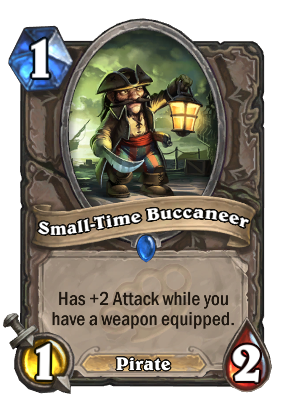 Recently a lot of the big name streamers have talked about how fast the meta is. Two, in particular, have referred to the issue of dying on turn five. Savjz and Kripparrian are both massive Hearthstone streamers. In fact, Kripp is the biggest streamer. They play very different styles, Savjz concentrating on ladder, Kripp typically in arena. And yet both have noticed how insanely fast decks have gotten, enough to rant about it often.

The real offender is Small-Time Buccaneer. Playing him turn one and following up with a weapon on turn two is simply insane. If you assume you pull Patches, you are playing a 4/3 minion, split between two bodies, for one mana. One! That’s beyond insane! If you follow with a Fiery War Axe, or N’Zoth’s First Mate and Southsea Deckhand, you can kill a Doomsayer on turn two. A coined out Doomsayer easily dies to Pirate Warrior on turn two. That’s a full seven damage without coin, on turn two. Let that sink in.

No wonder the games are fast.

I talked about this earlier, but one of the big problems is how to counter aggro. The best way most decks counter aggro, while not being aggro themselves, is by being super lucky. You pretty much have to hit your early game as it comes, or you’re dead. And even then, you’re often dead because of the efficiency of weapon clears. Is it any wonder that people are getting tired of playing when the game is truly decided on turn two? In a turn five meta, keeping Reno in your opening hand often doesn’t matter. I’ve died with Reno in my hand more times than I can count. Even with coin, I often die turn four instead, since they curve out better.

So either I play a deck that’s just as low cost, or I pray. Those are pretty much the only ways to counter aggro. Is it any wonder we’re fed up? Small-Time Buccaneer and Patches are easily the worst thing to happen to this game in a long time. 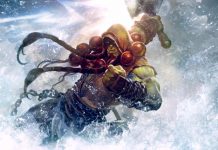