Hearthstone’s Patch 9.1.0 nerfed a variety of cards, including Innervate, Spreading Plague, Hex, Fiery War Axe, and Murloc Warleader. When I discussed the patch, I figured that the changes would hurt the top decks, but probably wouldn’t remove them. I was more wrong than I expected. All of the top decks have remained strong, but I wasn’t expecting decks to come out of nowhere to join tier one.

Jade Druid has fallen from glory. It’s no longer perfect in every way, shape, and form. Now it’s just really good, like the rest of us. It has even been dethroned from its place at the top of the pile, falling to second or third best deck in the meta. The horror! The scandal! Obviously, Jade Druid is still a strong deck. But without being able to ramp into more ramp into more ramp as easily, it’s definitely taken a hit. 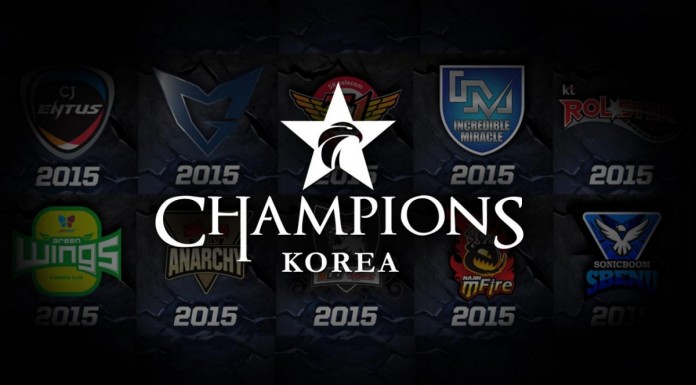 Many of the decks that knocked them out of tier one are also aggressive decks, which shows us that while they’re still strong, both of them are now outclassed within their specialty.

Which decks have risen to take the place of our fallen kings? Well, this is the strange part. Three of the new tier one decks are all from much lower tiers. One was a viable but unfavored deck, and two never saw play until now.

That being said, the first name on our list of the best decks in 9.1 is completely unsurprising. Highlander Priest was already a tier one deck and didn’t have of the nerfed cards in it, so it’s not particularly surprising to see it maintaining its position at the top.

Interestingly, the deck that was viable and rose is a Shaman deck, even though Shaman’s Hex was one of the cards dumpstered in the patch. The new deck, Token Shaman, doesn’t run Hex and has managed to push its way into tier one. This is largely due to the fact that Spreading Plague also got a significant nerf.

In fact, most of the new decks in tier one are a direct result of this nerf. Spreading Plague was such an oppressive card because it punished flood decks. If you filled the board, you pretty much automatically lost to Spreading Plague.

Token Shaman was one of the ones hit hardest by this, since it tries to fill the field before playing Evolve. With Spreading Plague out of the way, Token Shaman can once again toss out minions with little regard.

The new meta has given rise to the reappearance of Tempo Rogue. This deck was getting popular just before Knights of the Frozen Throne launched. However, it fell to the wayside once the expansion’s overpowered decks were discovered.

Now that some of the top oppressors have been moved, Tempo Rogue is once again trying its hardest to prove itself. And it’s being quite successful. It makes use of a card entirely unseen in the previous meta – Prince Keleseth. Tempo Rogue uses many low cost cards to overwhelm its opponent, and the Prince gives a ton of extra value to all of these.

It plays very similar to the aggro decks of old, merely overwhelming its opponent with quick minions and following up with buffs and charges. Vilespin Slayer in particular can be MVP, with probably the most broken ability in the entire game. Currently Tempo Rogue holds the highest win rate, according to Vicious Syndicate’s statistics.

The final new deck that has made it into tier one is a bit disappointing. Midrange Hunter has finally lived up to the hype. Every expansion, this deck always gets great cards, has a few weeks where people try it out, and then sinks to the bottom of the pile. Not anymore. Hunter has finally made it to the top.

Why is this disappointing? Because it doesn’t have Deathstalker Rexxar in it.

If you like playing Hunter, good news — your deck is back on top! If you’re not, there’s nothing new for you here.

Possible Problems in the Hearthstone Meta

Pay attention to three new decks on this list, and you’ll notice something fairly damning. Token Shaman, Tempo Rogue, and Midrange Hunter are all aggressive decks. In fact, in all of tier one and two on TempoStorm’s meta snapshot, there are only two decks that aren’t aggressive. Those are Highlander Priest and Jade Druid. And this tells us something fairly obvious: aggressive decks remain as broken as ever.

The only decks that can stand a chance against your average aggressive deck are decks with strong clear and ramp. Highlander Priest runs enough board clear to deal with most aggressive decks, and Jade Druid simply out-ramps them (although that’s less frequent now).

Every expansion, the power level of an average Hearthstone deck goes up. What makes this a problem is the fact that hero health still hasn’t increased. Every time the average power level goes up, it becomes slightly easier to kill your opponent quickly. This means aggressive decks are, by default, always in favor. Why would you even both running a card that costs 10 mana if you can kill your opponent easily by turn six?

As Hearthstone has progressed, the outcome of a game has started to depend more and more on who goes first. Since the first person on the board often decides aggressive mirror matches, that’s how many matches play out. Go first, win. Go second, lose. How’s that for engaging gameplay?

Maybe that’s a pessimistic take on the situation, but it’s clear that Blizzard wants Hearthstone to be a game where aggressive decks thrive. They make the climb faster, their win rates are high, and the skill floor tend to be much lower. Playing slow Hearthstone decks, even if they have a high win rate, just isn’t an effective way to climb.

At this point, for Hearthstone to seriously change, we’re going to need more than just card nerfs. I’m in favor of a hero health increase, because as it stands, the game keeps getting faster, and I can’t think of another solution, short of reworking almost the entire card pool.

Spreading Plague was the only thing stopping these aggressive decks, but it happened to belong to the wrong class. If Spreading Plague’s mana cost was changed to five and it became the first neutral spell, that might slow the game down a turn or two. If you want a change of pace, you’re better off trying to pull off ridiculous combos like Holy Wrath Molten Giant. 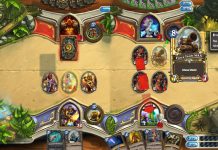