Reviews Stephen Draper -
-280
We were lucky enough to receive a Roccat Kova gaming mouse last month to review. I’ve used the mouse extensively, and have...
Featured image via WallpaperSafari.

Last week, Ben Brode had an interview with PC Gamer, which can be read in its entirety here. Understandably, one of the biggest questions for Mr. Brode were in regards to potential Pirate nerfs–many community members have made it clear that the Pirates are representative of the game’s overall poor class balance. Brode made some very controversial remarks in response. There were several implications that nerfs would happen eventually, but they were in no rush. However, it’s precisely this kind of approach to balancing that has led to the biggest spread ever between highest and lowest played classes.

One of the most focused on comments from the interview was the one regarding the popularity of Pirates. Brode was asked about his comments about Pirates being changed in the future, and when that future would be. In his answer, one of the lines was: “There are several different decks, and even several different classes, with pirates, so even if we were excited about changing something, it isn’t like we feel some immense time pressure to do it immediately.”

This is probably the strangest statement I’ve seen from the developer of a competitive game. We see a card very frequently, but it’s equally overpowered in all classes, so it’s fine? Someone in the comments section hit the nail on the head for this comment:

The fact that a card is used so frequently should be more reason to nerf it, not less. Especially since it can be used effectively by only three classes, of nine.

The other big issue was in regards to how quickly these nerfs would be rolled out. When asked about Small-Time Buccaneer being nerfed, Brode replied: “Yes, I 100% agree. Small-Time Buccaneer is the problem. If we changed anything it would be Small-Time Buccaneer.” Great! So we’ve acknowledged a problem, and we’re going to fix it! Right? … Right? The follow up sentence was: “I don’t think we’ve even discussed what that change would be.” Oh. So we know there’s a problem, we know what we’ll change. But we won’t actually discuss that change, for whatever reason.

To be fair, this may be a delay tactic on information alone. He discussed earlier that they don’t like talking about nerfs too long before they happen. Maybe that means they have decided on a nerf and are simply leading us away from it. But maybe they really haven’t done anything. And that idea is terrifying, considering the popularity.

So because Pirates are used in three classes, that makes them fine. Right? Well, let’s take a look. Vicious Syndicate does a meta report each week that looks at class breakdowns on ladder. Looking at January 24th, 2017. The three classes that use Pirates are Shaman, Warrior, and Rogue. (The full report can be found here–definitely worth checking out.)

There are some interesting findings in the report. Shaman accounts for 28% of ladder. Warrior? 17% of ladder. Rogue? 13%. The three Pirate classes collectively take up 58% of ladder. But it’s okay, because Pirates are used in lots of classes.

The real casualties, however, are the classes that are kicked out of viability. The entire Paladin class accounts for a mere 2.5% of ladder. Hunter is even worse, accounting for only 1.4%. Shaman may be 28%, but that’s fine because there are other classes that play the problem cards. And the fact that the bottom two classes collectively make up 3.8% of ladder? No big deal. Hearthstone only has seven classes, after all. 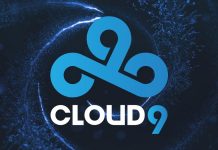