Reviews Stephen Draper -
-280
We were lucky enough to receive a Roccat Kova gaming mouse last month to review. I’ve used the mouse extensively, and have...
Featured image via Red Bull.

Editor’s note: this article is the second installment of our series about becoming a professional Hearthstone player. Several weeks ago, one of our readers sent us an e-mail noting that there isn’t much coverage out there about the semi-professional scene, and we’re trying to do our part to fix that. (Shoutout to the person who got in touch with us, we always like hearing from our readers.) If you’d like to read Part One, of the series, just click here.

Last week, I talked about HC Rank Points and how to get them. (Tip: you don’t get them by opening card packs. We tried.) We went over the Winter, Spring, and Summer Seasonal Playoffs, and that the players with the highest HC get invited. Each region has Playoff tournaments, and the top four players from each region go on to the finals. Out of those sixteen players, the top four are invited to the World Championship at the end of the year. This week, we’re going to talk about how to get to the World Championship without winning a Seasonal Tournament.

Fireside Gatherings are independently run tournaments, often organized or hosted by a single individual, that have Blizzard approval. They are very similar to the Cup tournaments from last episode, and in fact have quite a bit of overlap. Anyone can host a Fireside Gathering, you simply need to contact Blizzard and have it sanctioned. There are other rules worth taking into account: you must have a minimum of 16 players competing, and the organizers can’t participate in their own event. The full list of rules can be found here.

As a contestant, your job is to find a Fireside Gathering near you, and compete. You can find a list of eligible Fireside Gatherings here. Unless stated otherwise, winning any of the listed Fireside Gatherings will earn you a ticket to the Tavern Hero Tournament. While the general rules are enforced by Blizzard, be sure to read the individual posting for specifics. Where you will need to sign up and show up will be listed and is the contestant’s responsibility.

You’ve managed to win one of the Fireside Gatherings. Now what?

Well, you’ve got your ticket to the Tavern Hero Tournament. The tournament is held the day before each season’s Playoff Tournament. All of the Fireside Gathering winners will compete in an online tournament, and the top eight earn a place in the Season Playoffs. At this point, you’ve made it to the big leagues, joining the 64 players with the highest HC Points. After you’ve made it this far, the next steps are clear: win the Playoffs, win the Championship, and go to the World Championship!

Rather than have a Fall Championship, Blizzard hosts a “Last Call” event. The final four players are chosen from the players who have the highest HC Points cumulatively across the year. (To be completely honest, the Last Call event hasn’t been announced yet, so my information is based off of last year.)

The most recent Last Call featured a tournament for each region. Each region invited their top eight players with the highest HC Points to duke it out. The winner from each region was awarded a passage to the World Championship, to fill out the last four spots. As I said, there haven’t been any official announcements regarding Last Call for this year. The official rulebook states that there will be a Last Call, and that there will be no prizes for the winner, aside from having their air fare and lodgings covered.

If you really are serious about breaking into the professional Hearthstone scene, I have one huge tip. Begin streaming your play sessions. Immediately. The reasons for this are twofold. First, in all likelihood, nothing will come of it. However, if by chance you manage to become popular, it opens up a world of possibilities. You get invited to tournaments, which allows you to get famous, earn money, and gain HCT Points. If you’re good at it, you can also make money from streaming itself, which is a huge boost to anyone’s career.

The other reason is arguably more important: if you start streaming, you’ll get used to playing in front of a crowd. Playing on stage is nerve-wracking. The last thing you want is to make it to the World Championships and choke on stage. Streaming allows you to become used to the crowd and overcome and stage fright you might experience. Plus, you get lots of experience forcing yourself to play Hearthstone for long periods of time. Unlike other games, streaming Hearthstone is perfect training for tournament play.

Becoming a professional Hearthstone player isn’t easy. Almost anyone who has made the journey can tell you that. You’ll have to put in long hours, go to lots of events, and practice for hundreds of hours. After you’re done practicing, you’ll have to practice some more. You’ll have to stream for a long time before people notice, and there’s no guarantee of that even happening. Even if you’re an incredible player, you’ll still have to rely heavily on luck at tournaments–after all, that’s part of the Hearthstone experience.

If you can push through all of that, it’s worth the pain. You can become a professional Hearthstone player, make quite a bit of cash, and do what you love for a living. Or not. But you’ll never know if you don’t try, right? Get out there, and do your damnedest to be the next person I write an article about. 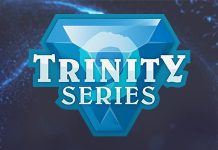