The Trinity Series tournament is a team-based Hearthstone tournament hosted by ESL. There are eight teams competing, each comprised of three members, and all of the teams bring one deck for every class. The teams both ban two classes, and then choose one of the remaining classes they will not play. This leaves them with six decks to play. Games are best-of-eleven, so the first team to win six games wins. If you lose with a deck, it’s eliminated for the remainder of the match. The format is round robin, so each team will play every other team. Individual game score does matter, so it’s much better to lose 6-5 than 6-0.

If you’re still slightly confused, I can’t blame you. Here’s how Hearthstone works in a team environment: each player on a squad chooses two of the six decks to pilot, and players take turns controlling their decks. Unlike other tournaments, however, players at the Trinity Series are allowed to talk to their teammates. It’s an online tournament, so the players will be using a chat service to communicate–for viewers, this is great, since casters can listen in on the conversations.

The Trinity Series tournament is over a month long. The first two matches happened yesterday, January 18th. They will be continuing throughout February and into early March, finishing March 2nd. They will be playing on Wednesday and Thursday each week, two matches per day. A full list dates and teams can be found here.

The prize pool is $150,000 USD, split between all eight teams. The winners receive $75,000, and second place earns a respectable $30,000. The teams that come last and second last get $3,000 each. Of course, these prizes are being split between three players.

The first match was between G2 and Alliance. G2’s team is made up of Thijs, Lifecoach, and RDU. Alliance is made up of Ostkaka, Orange, and Powder. Both teams banned Shaman and Rogue, and neither picked Hunter. This meant that both teams were running the same six classes. Both G2 and Alliance chose to open with Paladin–if that wasn’t enough, we saw Murloc Paladin decks from both sides.

Thijs is well-known for his Murloc Paladin in the past, so he was the one piloting it for G2. With his experience and a strong team behind him, they achieved an easy first win. Here’s where it started getting interesting–because of the bans and deck choices, Alliance had no strong aggro decks left. Murloc Paladin is actually quite strong against most control decks, and many midrange decks as well.

G2 managed to get a full sweep using exclusively their Murloc Paladin deck. That’s right: a tier three deck managed to wipe a full six top tier decks. To be fair this has a lot to do with being allowed bans, but still, it was a shock to all. Thijs was lucky at certain points, but mostly he simply played to perfection. Alliance became more visibly upset as they lost game after game, ending the match 0-6.

While it may have made for an awful start for Alliance, it was a great start for the audience. I’ve never seen a sweep so dominating before. Hopefully the teams continue to overperform, and we get some more great moments. Be sure to tune in to the rest of the Trinity Series tournament! 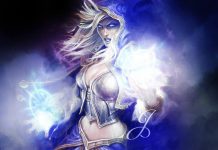