Here’s our roundup of the latest Hearthstone news — this week, we’re taking a look at the issues associated with Blizzard’s Fireside Gatherings, the Hallow’s End Arena event,

Fireside Gatherings: Not What Blizzard Had in Mind

Good news: Blizzard decided to add a new Hearthstone hero portrait. Nemsy Necrofizzle, the new Warlock hero, can be attained simply by attending a Fireside Gathering. Fireside Gatherings are free and plentiful, so this should be easy, right? And anyone can host a Fireside Gathering, provided they’re willing to fill out an application with a handful of details about the event and wait a couple days for one of Blizzard’s robots to “approve” it. In theory, it’s a nice way to get people out into the community and reward them with a free prize for the effort.

First off, there are many locations, especially in rural areas, without enough people for a Fireside Gathering. Those players are out of luck. Secondly, a lot of Hearthstone players don’t want to go through the hassle of actually going to an event. For players in both of these categories, there’s one easy solution: create fake events and spoof yourself at it.

Understandably, this creates issues for people actually wanting to go to Fireside Gatherings. For starters, nearly every single event listing was fake. You had people traveling long distances to shady places looking for an event that never existed. It was mostly impossible to tell the difference between a real Fireside Gathering and a fake one set up to farm hero portraits. Given that the Fireside Gatherings require people to leave the house and seek out social interaction–at least in theory–the chaos certainly doesn’t do these events any favors.

To celebrate Halloween, the Arena has been changed for two weeks. Rather than picking one class, you now pick two, and are offered cards from both classes to build your deck. The heroes themselves are wearing amusing costumes, and have one new emote. In addition to the new mode, players are awarded one free Arena entry and two Whispers of the Old Gods card packs upon logging in.

It’s important to note that you get the hero power from the second class you pick, not the first. (Your hero, however, will retain the portrait of the first one you picked.) So far, the best classes for Hallow’s End Arena are pretty much anything and Rogue. Rogue’s hero power is incredibly strong in Arena, and their cards are great as well. For the ‘pretty much anything’ part, Mage, Priest, and Warlock are all good choices. These three classes have amazing removal, and give you some strong deck building options to choose from. Mage and Priest also have a lot of low cost cards that work well with Rogue’s combos.

From the video, we see that new Tavern Brawls will be coming as well, but at the time of writing this, they have not been released. The quality and effort put into the Arena for Hallow’s End are honestly quite impressive, and let’s hope the Tavern Brawls follow suit. 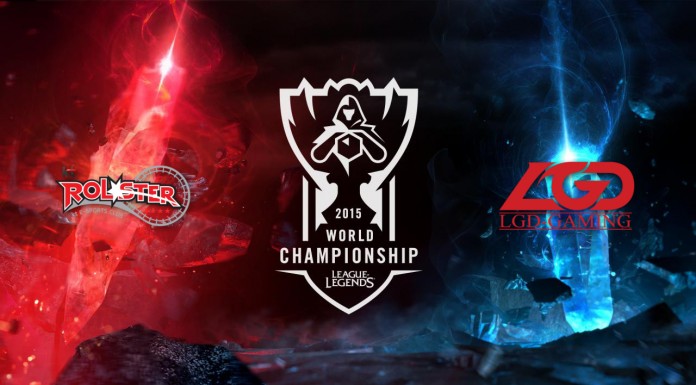 This week, most of Reddit’s complaint threads focused on the Fireside Gatherings issues, as well as ongoing issues with the prohibitive cost of Hearthstone card packs. And, of course, there were a handful of threads reminding the developers that we still can’t see cards that are burned.

Burning cards is something that has been around forever, but it was implemented poorly from the day it was introduced. “Burning cards” is what happens when a player draws a card but already has a full hand–the new card is forced to be discarded, and is lifted into the air for both players to see for a moment before imploding in a small burst of flame, never to be seen again. And I really do mean never. Nearly every interaction in this game is represented in the sidebar, which records actions. However, burned cards are not. This can be extremely important, particularly in combo decks.

Imagine you’re playing an Exodia Mage and they burn Antonidas. Well, you’ve lost on the spot unless you drastically alter your game plan. Imagine you were distracted for a minute and don’t see what card was burned. Now you’ve really lost, because you would continue to play as if Antonidas remained in your deck. A turn-based game should let you easily track all the information you’ve been given. It might be a somewhat minor annoyance, but if you’re serious about the game, these quality-of-life issues matter.

Hearthstone (Still) Costs Too Much

The cost aspect of Hearthstone is something we’ve talked about many times. However, I wanted to highlight a small exchange within this week’s complaint thread.

These two players put it perfectly. Cards in Hearthstone are grossly overpriced, and you rarely get what you’re looking for. The card pack rework that stopped players from getting duplicate Legendaries was a big step in the right direction, but it was only a step. If they stop there, these two players won’t be the last ones they lose.

You know Warlock’s Discard mechanic? If you play Hearthstone a lot, your lip probably just curled up in disgust. (If you don’t, rest assured, this is the only appropriate response.) The Discard mechanic is awful and entirely RNG based. Either you high roll and crush your opponent or low roll and have no chance. That’s it. Every single game. It’s not unusual to see a couple new videos pop up mocking the archetype when a streamer attempts to play it for a few minutes.

Well, the Warlock quest is built around Discard as well, and this week Dean Ayala, one of the lead designers, said that they will be pushing more support for it. Unless this is a full overhaul, this is horrible news for the future of Warlock as a whole. In order to get Discard to a point where it’s playable, the cards will have to be so good that it almost doesn’t matter if you get bad RNG. Either Discard is going to take over the ladder or remain as awful as it is today, and both outcomes are terrible. The mechanic is bad and Blizzard should feel bad.

Did we miss a Hearthstone story from the past week that you’d like to see us cover? Send Stephen a message on Twitter! 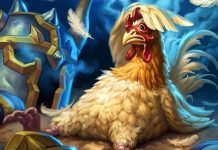