Watching high-level Hearthstone is great. But sometimes we just want to see our favorite players crash and burn like the rest of us. With that in mind, here are some of the most memorable fails from professional Hearthstone players and streamers.

There are plenty of good reasons why Pavel is considered the best Hearthstone player in the world right now. He’s the current World Champion, and he’s in the habit of taking home trophies when he goes to events. But even the best players sometimes mess up. And sometimes it’s badly. And on stage. In front of millions of players. This misplay happened during the 2015 European Championship, in a game that decided which players would go onto the World Championship. Pavel had the game in the bag, but threw it all away in a single turn.

Pavel’s play was, in theory, quite smart. Instead of giving his opponent a 2/1, he Mortal Coiled his own 2/1, then went to throw the Loatheb into Sylvanas. That would leave the entire board clear, and let him drawing a card off his Mortal Coil. Then Pavel would play a Dr. Boom, Molten Giant, and Sunfury Protector. His wall would be difficult to penetrate, and he would have had a decent chance of winning in the next few turns.

However, Pavel messed up the order, and played Dr. Boom before attacking. Since he played Dr. Boom first, the Sylvanas was able to steal one of the Dr. Boom pieces. And much to Pavel’s dismay, it stole Dr. Boom, which gave Lifecoach a 7/7 and an easy win.

This misplay happened during the most recent StarLadder Hearthstone event during a match between SuperJJ and Sjow. The key to understanding what went wrong for SuperJJ is the mechanics behind Devolve. Devolve doesn’t work on minions that cost 0, because there’s nothing that costs less than 0 mana. It’s worth noting that Evolve works the same way–until recently you couldn’t Evolve a ten mana minion, because there weren’t any minions that cost eleven mana. After Snowfury Giant, a card costs eleven mana, was released in Knights of the Frozen Throne, this was no longer the case, but you get the idea.

SuperJJ had Hexed a minion, and Sjow gave it a powerful buff. SuperJJ, not wanting to Hex it again, decides to Devolve it. However, the frog from Hex costs zero, so nothing happened to it. SuperJJ lost a card and 2 mana, and Sjow remained in a dominant position. You can see SuperJJ’s confusion in the clip — at first, he doesn’t understand what happened, then quickly realizes where he went wrong. Sjow, on the other hand, grins and gives a thumbs up. He’d clearly been hoping for this outcome, and he got his wish.

Lifecoach versus The Rope

Lifecoach is known for his long turns, earning him the nickname “Ropecoach.” He takes as much time as he can to think about every possible outcome. You don’t have to look hard to find jokes and reactions from other pro players when he ropes them on turn one. But roping does sometimes backfire. Sometimes you just don’t have enough time to execute your plan, especially since the animations in Hearthstone take a long time to complete.

At the time, one of the the worst decks for a player who likes to take their time was Grim Patron. The animations for Grim Patrons could take up to half your turn. Even with Lifecoach clicking as fast as possible, he takes too long to start playing and by the time he’s ready for his final attack, the turn has already ended. This costs him the game, and Savjz swings back for lethal immediately. If Lifecoach had managed to clear the board, there was a tiny chance he would have been able to find a way to win. Lifecoach was his own worst enemy here, and it’s a reminder that when the clock starts ticking, sometimes you need to trust your gut and take action, even if you’re not completely sure of the outcome.

Check back next week for the second part of our list of the biggest Hearthstone fails! 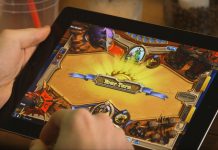