General Stephen Draper -
-6.8k
Path of Exile Shaping Before you start shaping your Path of Exile Atlas, we suggest you read our introduction to the Atlas. Once you have...
Via ESL Gaming

An Esports Hall of Fame

Esports has been swiftly growing ever since the MOBA League of Legends became a smash hit and brought the possibilities of competitive gaming to a new level internationally. As the rapidly expanding industry evolves, ESL is creating another parallel between esports and traditional sports: the Esports Hall of Fame, which will be dedicated to preserving the history of competitive video games.

Via ESL Gaming: “Inductees to the Hall of Fame will be selected through a nomination and voting process overseen by representatives from within each game community, including writers, analysts, commentators, coaches, and other experts. Induction ceremonies will take place in front of a live audience at ESL and non-ESL events, and will be a special moment for each inductee. Inducted players will receive a commemorative award as well as virtual placement in the Esports Hall of Fame, with the possibility of a physical location in the works.”

The Hall of Fame will begin with nominations in the Dota, League of Legends, Starcraft, Counter-Strike, and fighting game communities, and the first award will be presented in July 2016 at ESL One Cologne for Counter-Strike.

An esports hall of fame is a step in the direction of the formal world of sports. Because of its origins in the gaming world, esports has always had a duality between serious competition and the world of memes and trolling. More and more, this issue is becoming relevant to the world of competitive gaming. Incidents such as the 2GD incident and cheating scandals prove that players, coaches, managers, and fans need to take a stand on the issue. Should the world of esports be full of jokes and jokers, or should it turn into a world of black suits and ties?

While some believe a middle ground is possible, such a middle ground will not last forever. To bring in non-gaming companies such as Coca-Cola for sponsorships, gamers will have to suit up. If we do not, then competitive gaming will find itself in a major crisis, much like the dot com boom’s collapse in 2000. Without these large, professional organizations to sustain the growth, the bubble of esports will eventually burst from the influx of teams and games. So, the choice must be made: Sustainable professionalism, or risky memes? 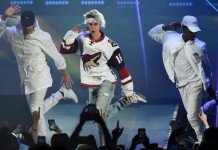