General Stephen Draper -
-6.8k
Path of Exile Shaping Before you start shaping your Path of Exile Atlas, we suggest you read our introduction to the Atlas. Once you have...
From Liquipedia

ESL One Frankfurt just concluded, and it seems like it was over in the blink of an eye. With Manila ending only a few days before ESL One started, many fans and probably at least a few players are feeling a little burnt out on tournaments.

Liquid.FATA had to sit out a day during ESL due to illness. Traveling for weeks  and messed up sleep schedules can certainly take its toll on players. I’d imagine it’s a logistical nightmare for team managers too: figuring out flights, food, laundry, schedules, transportation, and more either weeks in advance or scheduling all of it from a foreign country.

For fans, adjusting sleeping schedules or staying up to watch matches in distant time zones isn’t sustainable for more than a few days. Patch 6.88 dropped right before ESL One, but even the evolution of a new meta wasn’t enough to reel in viewer numbers comparable to Manila. Dota is such a complex game that watching matches requires full attention, and it’s hard to multitask while the matches are on. A percentage of viewers are “adults” – or at least people with schedules/jobs. Real-life commitments force us to choose between catching every minute of a tournament or catching up later and missing the thrill of seeing it live.

As for me, after putting all my free time into watching Manila games live or catching up on VODs for ones I missed at work/during the night, I had little time to watch ESL this weekend. Apartments don’t clean themselves or shop for their own food, unfortunately.

Luckily there are usually a couple of “Must Watch Matches” threads that pop up on Reddit during a tournament so we can focus in on the best games. There are many highlight videos on Youtube, although personally I find them a little hard to follow at times. Watching highlights is sort of like reading just the last chapter of a book – you need to experience the journey, not just the destination!

Some worry that the Majors system is killing off other tournaments. Non-Valve events certainly have their place in pro Dota – Epicenter and ESL are great examples. Sometimes top teams will decline to participate in smaller tournaments. When non-Valve events occur right after or right before Majors, some teams use the time to bootcamp or give their players some time off. When the biggest teams decline invitations to participate it lets some of the tier 2 and tier 3 talent shine through. This can create declining interest, though, if the most popular players aren’t participating.

Perhaps Toffees puts it best though:

Sometimes I complain about "over-saturation of LANS" then Wed. night rolls around and I realize I'm jonesing for the next one already #idiot

As fans we may complain about too many tournaments. But at the end of the day when I come home from work and am in the mood to watch some pro Dota, it’s nice to open up Twitch and see some pro matches/match replays to choose from.

Between now and The International 6 we have the Summit 5, Nanyang, and StarLadder to look forward to, but they’re all scheduled for July. We’ll see how much Dota these tournaments pack into four weeks.

Previous articleBOLD PREDICTIONS for the International 2016
Next articleHeroes to Watch in Dota 6.88 Patch 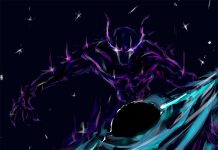