The first major in Valve’s newly implemented tournament system is finally underway. The main event takes place between November 16th and 21st in Frankfurt Germany with an approximately 3 million dollar prize pool. There is a Fall Season compendium available for $3.99 in the store. It includes the same level system used for The International Compendium and allows players to earn points to unlock extra rewards. The prize pool is a fixed amount for this major – the purchase of a compendium will not increase it. This is a marked change from the way that tournaments have funded prize pools in the past, and some speculate that Valve is testing it out as a way to track how the possibility of crowdfunding drives sales. Valve claims to have implemented this tournament structure as a way to provide quality control for both the participants and the fans after many complaints were raised about the format and accommodations at other tournaments. This new system implemented roster locks as a way to combat the fluid nature of Dota team rosters and provide a better experience for fans. After the Fall Major, rosters will be locked on the 8th of December and must remain the same through the conclusion of the Winter Major in March.

In the upper bracket the quarterfinal matchups are: EG vs. Vega Squadron, CDEC vs. LGD, Secret vs. Mineski, and Vici Gaming vs. Virtus Pro. In the lower bracket: C9 vs. Alliance, OG vs. Fnatic, Newbee vs. Unknown, and EHOME vs. Newbee Young.

This event has been highly anticipated by fans since the announcement of the new Majors system for tournaments. ESL has contracted many of the most popular casters and personalities, including Tobiwan, Capitalist, LD, ODPixel, SynderN, Blitz, Merlini, and Purge in the caster and analyst roles as well as Zyori, GoDz, Draskyl, WinteR as offsite correspondents. Pyrion Flax, ReDeYe, Maelk, Nahaz, and Kotlguy will be hosting and proving panel commentary. Additionally, ESL has recognized the work of five dedicated observers and statsmen for the tournament: Weppas, skriff, PimpmuckL, Noxville, and Kpoptosis.

For Dota 2 fans in Frankfurt, attendance to the event is free on a first come, first serve basis, excluding the day of the finals. A ticket to the last day of the tournament can be purchased for €50 through Eventbrite.

Frankfurt is on UTC/GMT +1 time [Central European Timezone]. Scheduled games start at 5am EST [2am PST]. Matches can be viewed on Twitch DotaMajor and DotaMajor2 channels as well as in-game with a ticket. 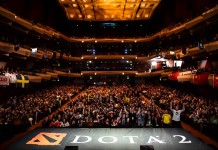