Pauses are a contentious issue in professional Dota 2 matches.

Unfortunately, the vast majority of pauses you sees in matches are usually accompanied by an excuse along the lines of “sry lag.” Obviously, lag is a bigger problem in teamfights than at any other time, so it makes sense that players might pause before or after big fights to deal with the problem. But how many of those ‘lag’ pauses are actually for lag? How many pauses happen to take momentum away from the other team or give your own team a chance to mentally reset?

Pauses during pubs are one thing, but when pauses can alter the course of gameplay in a high-stakes match in a major tournament, it’s an entirely different issue, especially with the amount of prize money on the line at Dota 2 events.

Puppey has been accused of improper tactical pauses in the past. I’ve seen him pause right after all the players load into the game while everyone’s at the fountain. This isn’t technically breaking any rules and one can argue that both teams benefit from the extra time to discuss things. Pausing at the beginning of a game is also relatively common in the professional scene, and technical reasons are often cited.

However, Puppey is also infamous for the event in the above video, where he paused during a pivotal moment in-game. Puppey was accused of giving XBOCT the heads-up about his impending gank, which gave him enough reaction time to escape it and survive. Had the pause not occurred, XBOCT could only have received little to no warning. Now, no one but Na’Vi knows if Puppey said anything while they were paused, but it certainly demonstrates how pauses can be abused.

More recently, there was an incident during the South American qualifiers for Galaxy Battle II.

One of the players on Pain posted his reponse to the event, but another viewer claims that Pain used the time to extensively check the enemy’s items. (You can watch the pause in question here.) Typically, there’s language in tournament rulebooks that outlines the illegality of stream sniping, but it’s unclear whether rules prohibit players from pausing and looking around, even though it seems like that kind of behavior should be prevented.

Tactical pauses are kind of like the esports equivalent of calling a timeout right before the other team kicks a potentially game-winning field goal in American Football – the goal is to stop the momentum and psych the other team out. The difference is in Dota, it also gives the pausing team the ability to check enemy items and discuss hero placement on the map. The game doesn’t have “rounds” like CS:GO, and plays out in real-time, ideally without any form of interruption.

Ultimately, the burden falls on tournament organizers to be very specific about what’s allowed and what isn’t. They can say “cheating of any kind is not allowed,” but who gets to define what cheating is? Is it cheating to hit the pause button in the middle of a fight and take the time to outline a plan with your team? Sounds unethical to me, but it’s hard to identify as cheating when admins aren’t listening to the team communications. Is it cheating to hit pause and check what items the enemy team has before a key engagement? Again, this kind of behavior sounds unethical, but is it truly cheating according to the rules laid out by the tournament organizers?

StarLadder experimented earlier this year with allowing pauses during the matches under certain circumstances:

“Each team is allowed to have 1 (one) 3 (three) minutes long pause during per each game. It is not allowed to call a pause during the fights, gangs and other in-game activities in which are involved players from both teams.” [sic]

This was a solid attempt to spell out the rules for pausing clearly, and specifically allowed teams to make tactical pauses.

The StarLadder rules don’t appear to be available online, but here’s what ESL’s rulebook has to say about pauses during matches:

It is forbidden to pause a game for no reason. After you pause a game you must say in all chat the reason of the pause. In the same game, the total pause time can’t be longer than 10 minutes (if a team pause the game for 3 minutes and later pause it again for 7, they can’t pause anymore, unless the opponents agree with it).

This allows for incidents like disconnecting peripherals or spontaneous chair collapses, but it doesn’t really force teams to be truthful about the reason why they’re pausing. It would be pretty easy to say “sry lag” and take a minute long pause to check out your opponent’s items.

WESG’s rules are even more vague. They only state that “if player disconnect or other accident happens, teams only have two opportunities to call pauses.” They also have to provide a reason to the referees. What constitutes an accident in this case? It sounds like pausing for lag wouldn’t be allowed according to these rules, but is that enforced? Are the referees on the same page as to what constitutes an accident or a legitimate reason to pause?

Under ESL’s rules, teams would be allowed to take a technical pause as long as they don’t exceed their total pause time. The rules make it sound like they’re supposed to have a good reason to do so, but the most literal reading of the rules would, in theory, allow a team to announce, “We’re pausing to discuss our next play!” and take a pause, as long as they don’t exceed the ten minute pause time total.

All of these are examples where tournament organizers would benefit from more clearly spelled out rules. Many things in esports would benefit from having a lawyer write them, and I think rulebooks are certainly one of them. If a team is going to cry foul about their opponent’s pauses in a match with three million dollars on the line, you better have some way to mediate that dispute.

During LAN events, teams usually have a moderator present in the booth with them to enforce the rules, so it would be hard to claim that someone’s mouse doesn’t work in order to get a tactical pause. This doesn’t do much about the online qualifier matches, though.

A Reddit user in the thread about Pain Gaming mentioned a possible fix that might be useful in high-level matches: whiting out the screen during pauses. If a team has to pause the game to resolve a technical issue, a blank screen would mean that they can’t use the time to check positions on each other’s perspectives or scope out items on the other team.

The white screen solution doesn’t solve the “psych out” pause problem, but I think that’s just part of playing a sport that has timeouts. With replays available, tournament organizers can look at player perspectives and see what they were looking at during the pause to help them make a decision about potential abuse of the rules.

Pain Gaming wasn’t disqualified from Galaxy Battles II as they’re listed as the winner of the South American qualifiers, so whether it be accidental or tactical, their pause has skated by for now.

Previous articleThe Biggest and Best Dota 2 Drama of 2017
Next articleDota 2: The Tides Turn at the DreamLeague Major 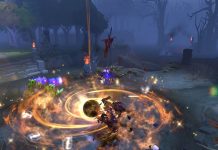