Dota 2 Eugene Torubalko -
-49
DotA 2 Dark Willow Guide With all the meta changes lately, there are more opportunities for high-tier supports.
Via dotageeks.com

We see it happen all the time – one side winning all the lanes, pushing down the outer towers, taking Roshan, and then snowballing their way to a fast victory before the other team can react. It looks so easy when a side like MVP Phoenix steamroll over their opposition but how often do we lose pub games in the first few minutes when the opposing mid goes on a killing spree or our safelane carry dies countless times? Nailing down the early game is the first step to becoming a decent Dota 2 side and many a competitive tournament has been won off a consistently solid laning phase. But dominating early on is a complex business and if you’re playing solo queue you’ll often have fairly imbalanced line ups to deal with. Let’s take a look at a few crucial ways you can ensure your team gets off the best possible start.

One of the most impressive parts of watching MVP decimate the Chinese sides at Shangahi was how many heroes they were able to bring to the first few fights. You’ll see in the clip above that rather than purely trying to shut down the Tidehunter (a difficult hero to kill who can always catch up in the jungle) or passively pulling, Febby and DuBu let the Ember handle his own safelane and instead pressured LGD’s jungle and mid for much of the laning stage. Shutting down Chen and the Razor was a far more effective move for the team and it goes to show how much supports can get done if they rotate across the map when they get the chance. If you’re playing safelane carry and you back yourself to win the match up with the offlaner then tell your supports to grab a smoke and pressure the other lanes.

We all know that in most matches you’re going to want to go with two support heroes, a mid, offlaner and a safelane carry – but in reality things might not always work out like this. If your team mates are picking greedily then that’s even more reason for you to choose a hero who can exert early pressure without needing tons of farm. Who are these heroes? There’s plenty to choose from but the most effective heroes for shutting down the opposition early on are roaming supports like Bounty Hunter or Enchantress and mobile gankers like Spirit Breaker or Nature’s Prophet. Spirit Breaker and Nature’s Prophet provide the team with the ability to quickly reinforce their side or outnumber the opposition in an early skirmish whilst Bounty Hunter and Enchantress are able to win lanes for their team by easily setting up early kills.

Whilst doing Roshan at level one might be taking things to extremes, in order to secure and early game advantage you need to take objectives. Destroying the tier one towers gives your team a gold boost, opens up the enemy jungle to ganks, and gives you a window to do Roshan before the enemy can tp in their heroes and run to the pit. Taking Roshan gives you the opportunity to pressure tier two towers, since the enemy team can’t take out your carry’s first life without putting their spells on cooldown and opening themselves up to a counter initiation. Because of this, if you want to win fast it’s almost essential to have a hero who can pressure towers early, like Enigma, Beastmaster or Jakiro, and if you don’t have an Ursa or someone else who can quickly take out Roshan then getting a Medallion on your team could be game winning.

Getting an early lead isn’t necessarily game-winning in itself so you need to know how to turn it into a victory against sides with a strong high-ground defense. Once you’ve got ahead, if you can’t push high ground, then it’s crucial to establish map control to prevent the enemy team getting back into the game. In order to win the vision war you’re going to need to grab a gem, or sentry wards at the very least, to stop the enemy team tracking your movements. If you then position your team on the enemy side of the map, dewarding and farming their jungle and ancients, you’ll be able to steadily increase your gold advantage, taking Roshan at your leisure, whilst punishing any enemy heroes that stray from their base. From that position it’s only a matter of time until you break high-ground.

If you’ve got lots of disables and you’re getting plenty of kills then it’s clear your lanes are going well, but against skillful players you might need to find other ways to establish a lead. If done correctly, pulling your own creep wave into the small or large camps can deny the opposition offlane gold and experience and can help give your side an early advantage, but you need to make sure your carry is capable of last hitting under the tower first. If you’re going to pull then you need to ensure all your lane creeps actually die, because otherwise you’ll just end up pushing the wave, so you need to stack the small camp first, or pull through to a larger camp behind. If done well you’ll leave the enemy offlaner underleveled and shortly you’ll be able to start pushing and diving under their tower for kills.

Previous articlePersonal Branding – How Can New Pros Stand Out?
Next articleInterpersonal Relationships and Public Conduct on Stage 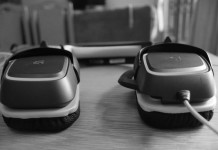