Dota 2 Eugene Torubalko -
-268
What to Expect for the Spring 2021 Dota Plus Update Dota Plus is a premium monthly subscription service in Dota 2. It comes with many...

League of Legends Warren Francisco -
-300
League of Legends: New Items Season 10 has come and gone. Even with a global pandemic threatening our very existence and forcing us to stay...
Via dota2walls.com

How do I raise my MMR? It’s the classic question that everyone asks after a losing streak and clearly for most players there’s no quick way to take your play to the next level. You’ll hear players tell you to play mid, a tactic that only works if you genuinely are the best player in all your games, or to play certain heroes, but playing the overpowered characters is only a short-term way to grab a few wins. Truth is, if you want to hit the next MMR bracket fast then you’re going to have to work hard at improving your play in as many areas as possible. Knowing how to improve is half the battle, but a lot can be learnt from watching the top players in their pubs. Let’s take a look at a few straight-forward things you can learn from the pros.

It’s crazy how infrequently we see the Smoke of Deceit picked up in pub games. For only 50 gold, this item allows your team to move across the map unseen in order to set up a gank or take an objective before the enemy team can react. Getting a crucial pick off, a free Aegis, or a favorable team fight is absolutely game winning. It’s not surprising that they are a core feature of any competitive match and if you don’t use them every game then you’re not playing at your full potential. In the clip above you’ll see EG turn around a huge deficiency by smoking out of base and catching IG off-guard. Even if you’re playing a core role and struggling with slots, you can activate smokes via the courier so you really have no excuse not to be buying them. Smokes can also reveal invisible heroes if you’re carrying detection, so they can be used to get an easy kill on that roaming Bounty Hunter or the Shadow Blade Slark. Best part is that in the heat of a hectic pub match, pinging ‘Gather for Smoke of Deceit here’ might be the easiest way to get your team mates to group up and achieve something.

If you can play every hero in the pool that’s great and that experience will make you a stronger player, but even the best players in the world focus on a few, specific heroes when it comes to playing competitively. The game is constantly changing so you have to play a hero regularly if you really want to shine on it. Randomizing each match, or picking whoever you feel like playing, is a lot of fun, but learning to play several heroes inside out is the best way to go if you want to become truly skilled. Take any famous pub-star you like and you’ll find they have iconic heroes they are known for excelling on, whether it’s Miracle’s Invoker or Admiral Bulldog’s Nature’s Prophet. Which heroes should I choose? That’s totally up to you – pretty much every hero is strong in the right hands – however, whilst playing the flavor of the month might win you a few matches, investing time into learning a hero with a high skill cap will be much more rewarding long-term. A skillful Templar Assassin player, for instance, will be able to dominate most lane match ups, out-farm pretty much any other mid out there, and provide huge amounts of damage and map control – but it takes a lot of practice to get to that stage.

Stay Off The Map

Map positioning and map awareness are skills that it can take years to develop, but a simple way to take advantage of map vision is to stay out of sight whenever you can. The clip above is a great example: Vici look for what they believe is an easy pick off on Miracle’s Huskar, but Fly’s Dazzle is perfectly positioned out of sight in the trees behind him and he turns the gank around with a well-timed Shallow Grave. If Dazzle had been within Vici’s vision then they would have focused him first and most likely killed them both. Fly knows that there’s no reason for him to be visible to the creep wave since he isn’t the one farming it. Not only does staying out of vision allow you to make plays like this that your opponents won’t be expecting, simply missing from the map puts pressure on the opposition team since they never know when you’re going to pop up to gank a lane or push a tower.

It’s such a simple, easy way to improve at Dota but the vast majority of players can’t be bothered with voice chat. Typing takes time, using commands is imprecise, and how often do you ping “Mid is missing” only to be completely ignored by your team mates? Whilst on stream you’ll see many of the top players typing commands to their team, whenever things get serious or they’re genuinely trying their hardest you’ll see them switch over to voice chat. Think about it – with a microphone you can deliver complex directions to your team mates and provided you’re playing well they’ll often let you take over the captain role. Dota is a team game and being able to communicate effectively will only improve your win rate. 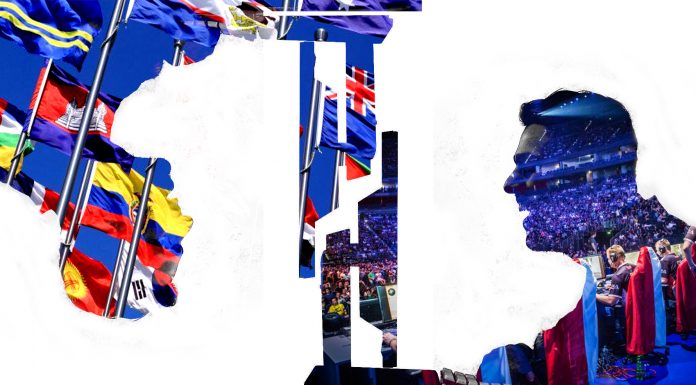 There are an abundance of ways in which you can customize your controls but most players get familiar with the buttons they’ve used since they first started playing and don’t want to change. The thing is, the first set-up you chose was hardly going to be optimal and with recent ‘quality of life’ updates there’s more reason now than ever to start tweaking your controls. Quickcast is the first way you can improve your play fast and you can now assign individual Quickcast keys to specific heroes. Being able to pull off your abilities and items with only one click of the mouse instead of two is absolutely crucial to playing many characters, including Tinker, Meepo, Invoker, Lina, Queen of Pain and many more. When you watch pros pull off ridiculously quick ability combos or lightning fast Orchid silences you can guarantee they’re using Quickcast so get practicing. 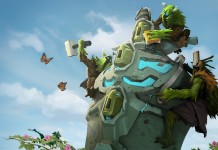