General Stephen Draper -
-6.8k
Path of Exile Shaping Before you start shaping your Path of Exile Atlas, we suggest you read our introduction to the Atlas. Once you have...
Image via: polygon.com

Super Smash Bros. Melee is an old game filled with extremely experienced players. The top of the skill cap seems to have been reached, or as close as humanly possible. There are even 5 players known as the Gods of Smash because of their ability to play at a higher level than any other competitors. So is it too late for a new player to become one of the melee pros?

Esports as a whole has been growing at an incredible rate over the last several years. Even better for fans, the organization of leagues and tournaments has only gotten better and neither quality nor quantity show any signs of slowing. Many new fans have joined in during this golden age and, just like in homes all across America on NFL Sunday, many of those fans think they have what it takes to take on the pros.

Some are right, they may be highly skilled and truly have what it takes to make an impact in major tournaments. Most, unfortunately, will be surprised by how little they actually know once they match up against a great player for the first time. So is it too late to join in the fun? Is the Melee scene so established that new blood cannot make a dent?

The last major development in the Melee scene was when Leffen started playing in large tournaments back in 2010. Yes, there have been major upsets, new stories written, and dynasties built and torn down, but Leffen joining regular competition is the last time a new player was able to rock the status quo.

Back when Leffen started to show promising play, many critics and writers said that he would be unable to live up to the dynasty of PPMD, Mango, Hungrybox, Mew2King, and Armada. In a lot of ways that is still true. Yes, Leffen is consistently ranked above some of the gods, but when you ask a fan most will say he hasn’t proven enough. If a player like Leffen cannot prove enough in his 6 years of outstanding play, can anyone?

Please keep in mind that I am not saying it is too late for anyone to pick up Melee. The Melee community is still strong and there are local tournaments and scenes all over the country.

I would never try to discourage a player who wants to learn the game and get better. I do think it is important to temper the expectations of new players though. Despite the game being 15 years old, it still holds just as many in-depth mechanics as any other fighter. I hope someone reads this article and proves me wrong. Melee could use another disruptive force before it’s too late. 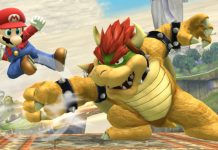