Reviews Elizabeth DiCesare -
-314
ROCCAT Vulcan 120 AIMO Are you in the market for a new gaming keyboard? If so, I recommend checking out the ROCCAT Vulcan 120...
Image via EsportsEdition.

Now that Betrayal has been out for nearly a month, it’s time to discuss a pressing power-creep issue: Delve League is overpowered. Now that it is a permanent addition to Path of Exile, it is time we address the fact that delving is strictly stronger than any other method of leveling, and is also an excellent way to gain currency. In fact, there really isn’t a huge downside to it.

How Delve League Was Balanced

The reason that Delve is so strong is that it is balanced around several factors. The first is that the monsters infinitely level, meaning that delving down to the depths where loot is plentiful takes an incredibly strong character. It also costs more sulphite the further down you delve, which is another way that it’s balanced.

The biggest way that delving is balanced is through the regulation of sulphite. Sulphite can only be found from Niko spawning on a map. This means you will encounter him once a day through daily missions, occasionally through new daily missions that appear as you map, and random encounters.

However, you can also force him to spawn by using a Cartography Scarab, which are dropped by Syndicate members. This way you can essentially buy sulphite in much higher quantities than you could have accumulated in the Delve league itself.

The Rich Get Richer

The problem with lower depths giving so much more loot is that it compounds the issue of rich players getting richer. It takes an extremely powerful character to delve past 600, so you need to sink tens of exalts into a character in order to pull it off. In fact, many people will never make enough money in a league to fund a single character that is strong enough. Those who do are able to then farm the hell out of incredibly profitable nodes.

This system is fairly similar to how Path of Exile, and most games, work normally. People with more money to fund characters can do things that create more money. It’s not inherently a problem, Delve just takes this and blows it out of whack. The real problem comes into play with the Scarabs. Many people want to be running delves, so they want to buy scarabs. However, those with ridiculous amounts of money, making more by the minute, are the ones who need scarabs most. So, they steamroll the market, forcing scarab prices up to a place where they are balanced around running extremely deep delves.

This is a huge issue because it not only makes it difficult for other people to delve, but it also makes it extremely difficult for them to get down to the place where they can find the expensive loot as well. This niches the market down to a few suppliers based on who got to the bottom first, while no one else can afford the tens of exalts required to get down to the highly profitable depths. It’s not a great system, to say the least. 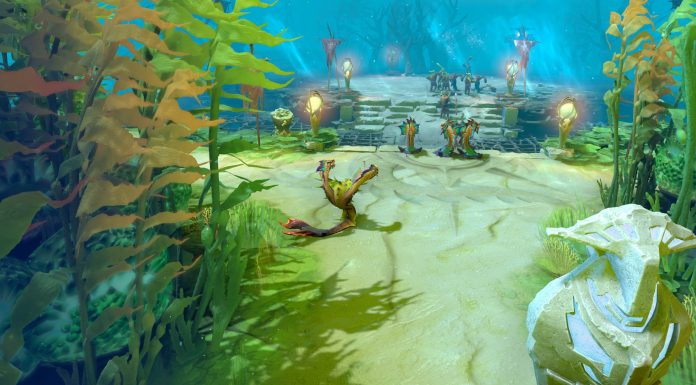 However, the real problem with delving is something entirely unrelated to currency, yet is highly profitable. Flare farming is a method of running delves that use no sulphite. You also don’t get further in your mine, but you can kill as many mobs as you want. You simply go down to whatever depth you want to farm, run into the darkness, drop a flare, and kill the mobs. For this you’ll want a high flare capacity and flare radius. With this method you can kill as many mobs as you can afford flares, and flares are really cheap.

Normally you would run out of azurite to buy more flares, and be forced to run an azurite node. A single node at around depth 250 gives enough for literally 200 flares. You don’t even need to do this anymore though, since they massively buffed the azurite veins you normally find. Finding a single vein pays for three or four runs, which allows you to infinitely kill mobs at level 83 for maps and high tier loot, and most importantly, tons of experience.

With the flare farming method we have seen some of the fastest level 100s ever, even in SSF. This league a player named Towerbrah reached level 100 in a mere three days after dying at level 97 on his first character. A three-day level 100 is incredibly fast even for the top pushers working in teams. For a solo player to achieve it is simply unheard of. They didn’t have to deal with a map pool, rolling maps, difficult map mods, or, well, anything, really. They just went into the mine, ran the length, bought more flares, and repeated.

Perhaps this is something that GGG intended, but I very much doubt it. For years they have been making the 100 push harder and harder, wanting it to be exclusive to the best players. Suddenly making it easily available to everyone is fairly unlikely.

This is far more likely an unintentional interaction that they have yet to address. I would be very surprised if it makes it through to the next league without getting nerfed hard. So for everyone reading this in Betrayal, take this opportunity to push harder than ever before!

Delve is an awesome mechanic, but locking it behind purchasable Scarabs is an unfortunate and boring way of locking out content. It makes it exclusive to those who can afford it, at a price that is controlled by elite players.

On the other side, flare farming is far too accessible and easy, and allows players to blast through levels without much care or cost, avoiding all difficult interactions and randomness.

I highly expect to see both of these mechanics change in the coming leagues, as they lead to quite a bit of market manipulation and watered-down elitism. All this said, Delve is probably the best mechanic in Path of Exile. It just needs a bit of tweaking!