One of my favorite things about large Dota 2 events are the special cosmetics that Valve releases to support these tournaments. There’s something undeniably appealing about the idea that my purchase directly suppors artists and my favorite players–from my own experiences, I can attest to the fact that Valve’s ‘altruistic purchasing’ model is an effective way to entice customers into buying more cosmetics. I honestly believed that I was supporting more than just Valve’s bottom line. Unfortunately, there are a host of issues surrounding the way that Valve interacts with the artists whose hard work plays a vital role in financially supporting tournaments. About a week ago, a a group of Dota 2 Workshop Artists made a Reddit post about their experiences trying to navigate a clearly broken system.

Here’s how the Steam Workshop functions, as explained by Workshop Artists:

“Artists can create item sets for your favorite heroes, couriers, wards, etc. and if, after the community votes on it, Valve decides they want to put your item in the game, you receive a portion of the sales of your item, or the chest your item is in. If your item or item set goes into a treasure chest that had 10 things total in it (e.g. 8 sets, 1 ward, 1 courier), you get 1/10th of the artists’ share (by default, 25%) of the net profits of that treasure. If you got 2 things (e.g. 1 courier + 1 set) in that 10-things chest, you get 2/10ths.”

After TI5, Valve announced that they would be holding three Majors, and these events would include Battle Passes–since Valve needed cosmetics for Battle Pass Treasures, this meant that Workshop Artists would have more opportunities to have their work featured in the game, which, in turn, meant there were more ways to make money. It’s also important to note that Battle Pass sales were part of the revenue stream for artists. This model was a big hit with Workshop Artists, and it seemed only fair to compensate them for their contributions to the Battle Passes. At this point in time, the relationship between artists and Valve was mutually beneficial.

Once we got to the Fall Major, artists were once again notified by Valve of the upcoming event and the theme for the chests. Once the data from the sales was published to the artists, many realized that they were no longer receiving a cut of Battle Pass sales, essentially reducing their income by half. Valve’s newest compensation plan for Workshop artists meant that Artists would earn no money for sets that were featured as redemption or reward items. Artists were only paid from direct purchases of chests. The authors of the Reddit post were keen to point out that Battle Pass owners would receive 17 chest drops by level 60 which decreases a players incentive to actively purchase a Major chest. Artists that could rely on making X amount of money from having only one item accepted are would now have to produce five to six sets–all of which would have to be approved by Valve–in order to make the same amount of money they had previously.

Valve’s lack of communication with Steam Workshop Artists is a far cry from the approach taken by other game developers, particularly when you compare it to Dota 2’s largest competitor, League of Legends. While Valve’s Steam Workshop can be profitable, the artists have no stable income–the Workshop is, essentially, a crowdsourced way for Valve to commission individual pieces of digital art from talented freelancers. Riot Games, by comparison, hires multiple artists to create and execute design concepts for heroes. The Steam Workshop “freelancers” might make a sizable amount of money,

Valve: Making Money Like It’s Going Out of Style

Companies like Valve want to offer high-quality cosmetics as a way of enticing players to buy Battle Passes and Compendiums. The community raised $19.1 million for the TI6 prize pool through Compendium sales alone. Of course, this meant that Valve made $57.3 million–these astronomical figures aren’t breaking news, but it makes you consider how much the actual artists were making from these sales. Valve is expecting artists to dedicate weeks of their time designing and creating digital items, all without any kind of guaranteed return on the artist’s investment of time, resources, and creative energy. It’s not

Artists, regardless of the medium they work in, are regularly forced to justify compensation for their hard work. Companies want to supply their customers with quality content, but nobody wants to foot the bill when it’s time to compensate the artist for their hard work. The Workshop Collective isn’t lying when they say that Valve’s policy will kill the Workshop. Without proper payment contracts for artists, people aren’t going to spend their time designing sets that Valve might decide to sell. What really saddens me is that this relationship was, at one point in time, mutually beneficial. Artists supplied Valve with amazing sets, Valve sold them for a massive profit, and the artists were given a decent cut of the revenue. Valve was making money, and so were the artists. Those days might finally be over.

Think about what you’re supporting the next time you buy a Compendium or Battle Pass. Consider buying a chest to support the artists who put their time into designing a set that you’re proud to show off in your pubs. We risk setting a dangerous precedent if we refuse to hold Valve accountable for their business practices. The Steam Workshop giveth, and the Steam Workshop taketh away. After all our whining about model overhauls, it would be a damn shame if there weren’t any artists to create new sets for them. 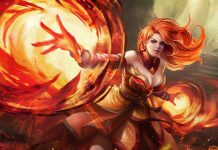