General Stephen Draper -
-6.8k
Path of Exile Shaping Before you start shaping your Path of Exile Atlas, we suggest you read our introduction to the Atlas. Once you have...
Team SoloMid looks ready for worlds after plowing through the LCS. photo

Friday night’s League of Legends Match of the Week featured two squads tied atop of the NA LCS standings, both at 15-1. After TSM was brought down to Earth with an upset at the hands of Phoenix1, the team quickly returned to form and were definitely viewed as the favorites going into this match, despite the tie. As Doublelift put it, “[Immortals] want to win for confidence. We want to send a message.” Without a doubt, the 2-0 victory was a staggering statement to the rest of the field – we’re looking at Worlds.

The first game between the two teams was fairly even through the entire early game, and the tension was set to snap as Dragon became contested 16 minutes in. After TSM’s support, Biofrost, dropped for first blood, the team challenged the man disadvantage with jab after jab. Surprising everyone, the score was quickly flipped into a 1-4 deficit for Immortals.

Rather than falling over, Immortals was ready to fight back throughout the mid-game, answering with an incredible flank by Huni onto Doublelift. Quickly after, they were able to secure the Baron as well as the lead; but they just stayed too long. Bjergsen’s Zilean snuck out a series of bombs onto Huni when Immortals was pushing. IMT’s poor decision making continued with deaths from Pobelter, Adrian, and Reignover falling sequentially.

Again, Immortals fought back with their proactive plays, taking the Elder Dragon and Baron Nashor.

Solomid’s players simply did not care. Immediately after the Baron, Wildturtle was focused out right away by a guerrilla from TSM. Without their marksman, IMT quickly fell one-by-one again, allowing game 1 to slip away.

Doublelift is the Best ADC in NA

Just in case you didn’t remember, Doublelift added another Pentakill to his resume which already boasts the most in NA LCS history. Channeling his inner Wildturtle, Peng flashed forward in a late game team fight into 4 people, throwing out ricocheted boomerangs to eviscerate the IMT players. He was able to put up an incredible 10/1/8 on his Sivir. Aside from a single Gragas ult which caught him out, Doublelift looked like he was walking on water.

In a game where both Svenskeren’s and Hauntzer’s dives were sloppy to say the least, Doublelift’s impeccable play was truly the steadying factor among the chaos. With the careful support of Biofrost, who managed not to die the entire match, TSM has all the tools now. On one hand, they have their dynamic solo lanes. On the other, their duo lane will always give a baseline performance that stands above most of, if not all of North America.

Previous articleWhen to Take a Break from League of Legends
Next articleThe NA Battle to Avoid Relegation: Apex, Phoenix1, NRG 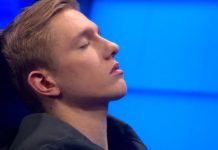 3 Champions You Don’t Want to Ult You

How to Play Ranged Versus Melee Top Lane Match-Ups

Splyce Proving to Be Top Team in Europe