General Stephen Draper -
-6.8k
Path of Exile Shaping Before you start shaping your Path of Exile Atlas, we suggest you read our introduction to the Atlas. Once you have...
Featured image created by Esports Edition.

When the North American League of Legends Championship Series was founded in Spring of 2013, it turned the heads of countless gamers–with Riot’s support, the esports dream was now one step closer to reality. Even better? Professionals didn’t have to be 300 actions-per-minute Korean strategists. In the years that have followed, we’ve seen countless rivalries form, organizations develop, and talent spout out of nowhere. And a little bit of the ‘old guard’ trickles out each year. Legends like Andy “Reginald” Dinh and George “HotshotGG” Georgallidis have taken an active ownership role in the LCS, while more recently players like Michael “Imaqtpie” Santana have dedicated themselves to content creation. Reasons for exiting the professional League of Legends scene are always centered around lacking motivation, and re-entry is usually portrayed as a mental revitalization.

Of course, that is what we see as fans and viewers.

Behind the scenes, the NA LCS has established itself as the ivory tower of esports, virtually impenetrable by any reasonable pursuant. An undeniable contributing factor here is how LCS teams often favor veterans, for better or for worse. Trying to breach the surface of the professional League of Legends community is a hefty self-marketing exercise in itself, and as a result, many talented Challenger players are left in the melting pot of talent, forever untouched.

One such player is Allen “Linsanity” Lin.

Chances are, you’ve never heard the name. If you have, you might’ve simply scrambled it into memories of the magic in Madison Square Garden back in 2012. Hailing from Louisiana, Linsanity’s experiences perhaps best exemplify the Challenger struggle. He has found himself near the top of the ladder year after year with few rungs left to climb. Even now, he comfortably hovers around the top 10 of NA solo queue players, bringing a breadth of midlane champions from his arsenal to each game. And if you knew nothing more, you’d brush over him as another solo queue ‘memer,’ set to forever roam those halls.

Started From The Bottom

Four years ago, Linsanity was launching his esports career in League of Legends, or so he imagined. The first opportunity was a short and ultimately meaningless stint with Team Green Forest in 2013. After a failed LCS qualification from the Korean squad, Lin joined Tabula Rasa in the summer of 2014.

“We were living in a gaming house for 3 months,” he recalls. “It was pretty legit. The players, [while] not all high rank, were improving as a team really quickly. We were beating all of the Challenger teams, even taking a number of games off of the top squads at the time.” But even despite the rapid growth of their young roster, management was less than satisfied.

“Most of the players were Diamond 1 and Master. I was the only challenger. We made it to the semifinals to the Carbon Winter Invitational, where we beat every team before losing to Akaadian’s squad. Then, we decided to change our roster. We were looking for a different top laner and jungle, but we couldn’t find people good enough. We all decided to quit right there.”

This is a common story for Challenger players and their organizations, who are resource-strapped and looking for quick gains. Linsanity paints a skeptical picture: “A lot of the orgs are just in it for a cash grab, but none of those actually work out. But people keep trying. That’s why it’s hard for people like me right now to find a legit org. Most Challenger players face the same problem, especially the newer ones who don’t mind the sketchiness.”

The Challenger dream doesn’t exist anymore–not since the now-disassembled Cloud9 roster initiated the NA LCS with their complete rampage of an entrance back in 2013. Aside from the legacy organizations (TSM, CLG, etc.), the ‘new’ professional teams are all heavily backed by traditional sports investors or venture capitalists from the valley.

This hasn’t been all bad. Ironically, Challenger players have been consistently seeking out LCS-affiliated ‘sister teams’, the one part of Challenger that it seems Riot is trying to kill. “I think sister teams are fine as long as they are using challenger players and not veterans to farm a spot,” argues Lin. “You can look at what Delta Fox is doing right now.”

Teams employing this strategy have found some success, Galen “Moon” Holgate one recent example. Lin cites other examples: “Akaadian’s already top tier, Cody Sun seems to be improving… Goldenglue is weird; he’s insanely good in scrims but then he always messes up one or two things – I think it’s nerves.” Of course, that’s something that comes with more and more experience, and even battle-scarred veterans consistently slip up.

Becoming one of the Challenger success stories has hardly proven to be a linear road. “I’m not really sure how to search for a team,” explains Lin. “I’m just hoping someone contacts me. I thought if I got higher ranked like top 5 I might stream, but currently I’m just focused on climbing the ladder. I don’t know a lot of coaches and managers.”

The personality of individuals in the professional League of Legends community sure doesn’t make it any easier. Many pro players don’t have strong interpersonal communication skills. Memes are often used as a conversational crutch. And beyond the institutional barriers, players hold an eternal skepticism towards relationship building as a result of this. Networking is more crucial than ever, but more stylistically unique than in any other industry. Social media is mandatory. Selecting professional players is no longer just a talent search–for many teams, it’s an exercise in convenience.

Until real recruiting makes its way into the LCS, potential talent will be consistently left undiscovered and untested. But don’t take my word for it, or even Linsanity’s. Ask any of the other 100+ non-LCS challenger players.

There’s no NDA stopping you.

You can find Allen “Linsanity” Lin on Twitter and Twitch. 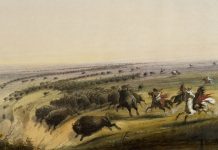