General Stephen Draper -
-6.8k
Path of Exile Shaping Before you start shaping your Path of Exile Atlas, we suggest you read our introduction to the Atlas. Once you have...
(Photo courtesy of Jamie McInall)

With Riot’s uncertain history concerning League of Legends voice chat, how is the current setup faring among players?

Through forums and in game discussion, there has been an odd lack of what many expected to be a contentious issue. People aren’t complaining nearly as much now that League has decided to give up on a voice chat-free game. The reason for that may not be because voice chat has become less toxic or more helpful as a tool for gamers. Arguably, toxicity has remained static (though such a nebulous concept can be hard to measure) and improved team communication has always, in theory, been a benefit.

Despite nothing really changing, League has adopted voice chat quietly and effortlessly without rustling too many feathers. If you’ve been engaging with other Summoners and talking about the game since its conception, the huge tonal switch from hating voice chat to patiently accepting it is enough to cause a mental whiplash. So why is it going so well this run?

Catching Up With The Times

While nothing about League of Legends or its player base has radically changed within the past few years, the world surrounding the game has. The real turning point is that the scene had been set around them: voice chat has become, for good or ill, a huge part of the modern gaming scene. Its usage reaches far beyond the top tier of play. Being in voice chat for a lot of the most streamed and played games is simply expected whether you’re the lowest possible competitive rank or the highest.

With players of competitive games coming to expect voice integration as a supplement to their gameplay, the idea of League adopting voice chat as a recognized “way to play” has become a lot less heated than the discussion that surrounded it circa 2014.

You’re Not Forced To Install Curse

Riot has long struggled to get something out of their relationship with Curse, having invested millions of dollars in the platform around the same time other platforms (namely Discord) grew to engulf the voice chat scene in gaming. They’ve helped Curse develop their technology for years without using any of that know-how to expand upon their own platform.

Gamers who bothered to use Curse (primarily in the age bridging Skype, Ventrilo, and other VoIP communications software to the modern ways of in-client or via Discord) have long since attested to its problems. Weighty, unnecessary add-ons, buggy integration, conflicts with basic playback and recording devices are just a few of the reasons why. As Curse partnerships kept flooding the gameosphere, fans and gamers were getting more and more fed up with the service’s dominating presence on the scene. Remember when every Twitch partner told you to download Curse to chat with their community?

With the past behind us, but certainly not forgotten, it can feel like a relief that summoners aren’t expected to install, maintain and troubleshoot extraneous software just to talk to their teammates. In essence, the troubled waters of VoIP and Riot from days gone by sets the bar pretty low for pleasing players with a new setup. 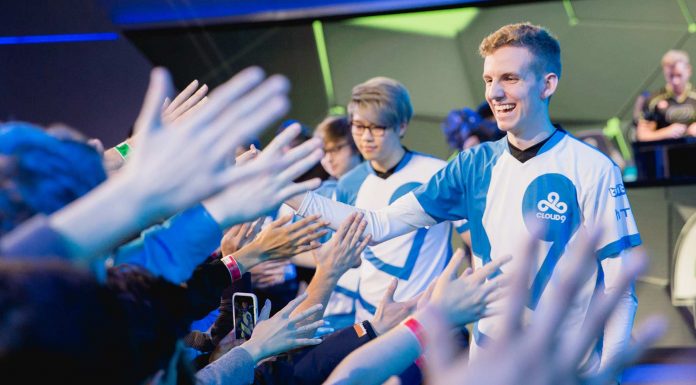 While the software’s failings were a strong deterrent for the players, for Riot the motivation to offer in-client chat is a bit different. Back when Curse and Riot were more closely affiliated, Riot’s main reason for pulling away from the platform was the features it used to make it more valuable and desirable for players, such as in-game timers to track ability and map-wide cooldowns. While many third party gaming software offered a similar deal for MOBA players, Curse was the main contender as an additional feature to their functionality of voice chat. Riot initially overlooked this feature but eventually felt the advantage it awarded its users was beyond their intended purposes to allow players to engage with, and get better at, League of Legends.

You Don’t Have To Voice Chat With Strangers

While the world of competitive gaming hasn’t radically changed its attitude in regards to flaming and player-on-player toxicity, Riot has chosen a format of player interaction that they hope will mitigate any additional aggression that voice chat is known to enable. As such, League’s in-game voice chat is limited to use between members of pre-made groups. Some have criticized this as not making the feature as useful as it could be, although this criticism is much more reserved and less widespread than what Riot experienced when they first started discussing the possibility of in-game voice chat.

Players can still circumvent Riot’s intentions by posting links in chat to private voice channels outside the game, and the addition of voice functionality baked into League’s client hasn’t eliminated this phenomenon entirely. Hopefully, as time passes and Riot further develops the current features, they will find a way to please both the players who want an efficient voice option and those who don’t want to argue all day over voice chat with angry strangers who expect them to join the voice channel lest they receive no ganks. 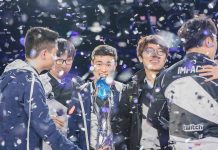