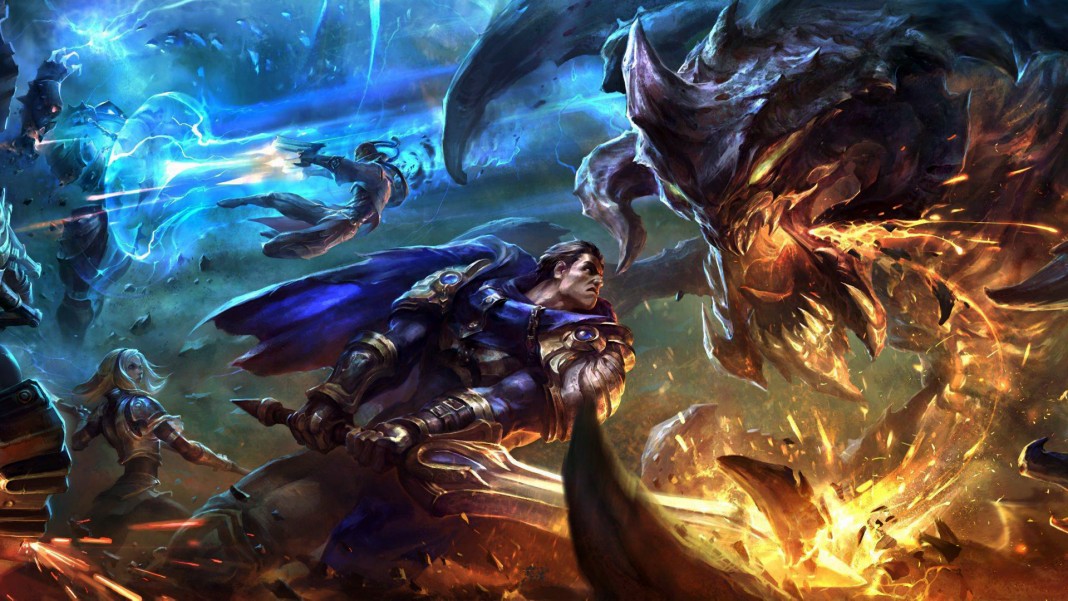 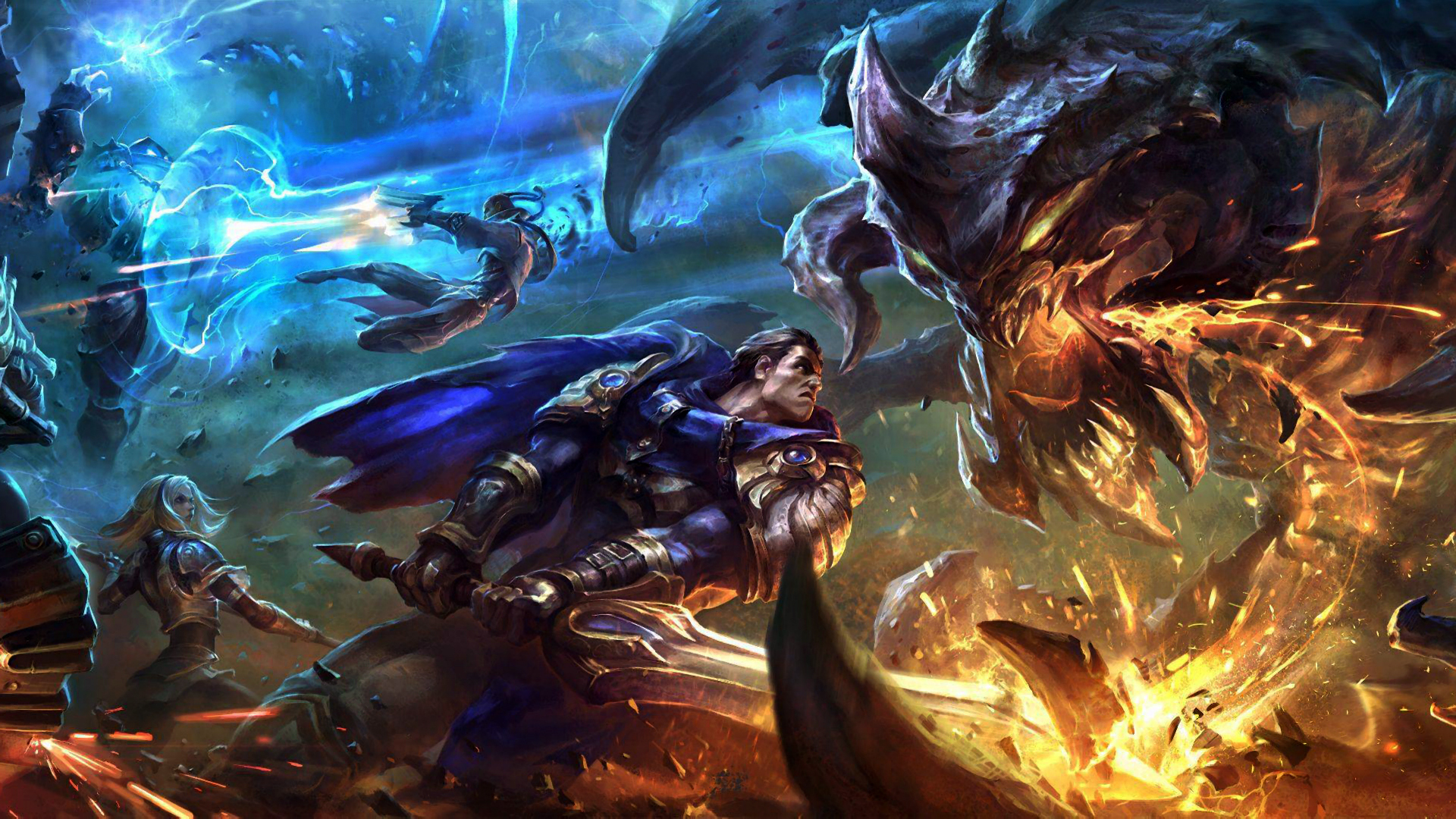 As the 2016 ranked season approaches, everyone’s looking for ways to elevate their game to the next level. But what if I told you that you could be a Challenger player with Silver mechanics? These champions will enable you to reach unimaginable heights in solo queue with ridiculously limited mechanical effort.

Honorable Mentions – These champions receive minor praise for their continued contributions to the non-mechanical sub-community in League of Legends.

The Might of Demacia is the original spin-to-win champion, designed for the first simpletons on Summoner’s Rift. His kit has always eliminated counterplay, carrying one of the last remaining silence abilities and utilizing a grand total of 0 skillshots. Riot’s recent tuning of Garen has further enabled him to be a momentum stopper, geared to end the super-fed carry of the enemy team in his tracks.

When the enemy team picks all attack damage, Malphite is the perfect solution. His ability to lane relatively safely while really only carrying one significant skill in teamfights simplifies his gameplay to fit a Flintstone. Put your longswords and other strange sharp objects away; this rock will always slam your scissors. 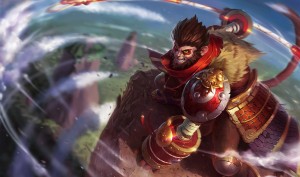 Despite Wukong’s apparent sleek kit, featuring a dash and even a mysterious stealth ability, this chimp has one of the lowest skill floors in the game. The 2nd revolution of spinning-to-win uses 2 point and click abilities as the bread-and-butter of his laning. When he reaches level 6, few champions can survive the 3-click ‘un-jukable’ combo of E-Q-R, which puts out roughly 800 damage with a bonus area-of-effect knock-up. He has easy entry into teamfights with his ability to cloak, and few marksmen can hit him from outside of his Nimbus Strike range. Wu is truly the monkey-brained master of toplane. 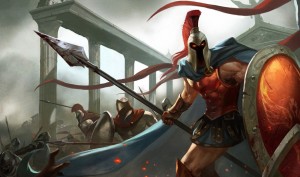 Pantheon is a hole sinking every champion’s ship; he will make a single champion as useless as he is by dominating the early game. Though he often sees play in solo lanes, his ganks coming out of the jungle are too foolproof to waste. Panth’s jungle path often includes grabbing double buffs, then running around idiotically killing every champion in the game with his point-and-click stun and unfair early game damage. This guide recommends using his ultimate to pounce on jungle camps as to capitalize on the epicenter damage with a 100% success rate. 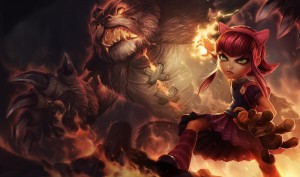 The prom queen of midlane, though rarely featured competitively there, dominates all depths of solo queue. Although she has a whopping two skillshots, they are both basically instant; you’ll be cooking those enemies like ramen noodles! The addition of the new Frost Queen’s Claim will help you slow mouse-movers by spooking your enemies to a halt before casually dropping your bear on them. At worst, she has a point-and-click stun with her Disintegrate. At best, you get a 1v5 penta kill by pressing 2 skills. I couldn’t think of anything more fun and interactive! 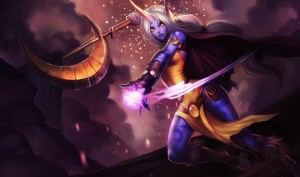 Infinitely easier than finishing med school, Soraka offers the opportunity to be a human-goat-ambulance. She can dominate a lane without directly interacting with the enemy at lower ratings, and any landed Starcalls or Equinoxes (her AOE silence) are icing on the cake. Though Riot removed her once GOAT non-mechanical moveset by changing two skills into skillshots, her simple and anti-fun kit warrants her the premier support spot on this list. 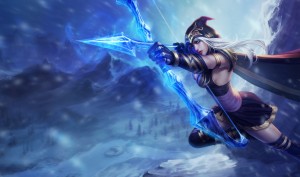 The poster girl for League of Legends rounds out this feature. One of the few marksmen without a gap closer, Ashe controls the pace of games with her annoying Volley and global stun. The Frost Archer is able to create one of the safest laning environments, while being able to massively contribute to her team come midgame, even in the hands of players who can’t attack-move. Even I, a cognitively void toplaner, have recently seen success against LCS-caliber ADC players by hiding behind her flurry of arrows and avoiding any sort of direct contact. 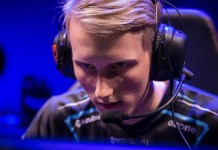