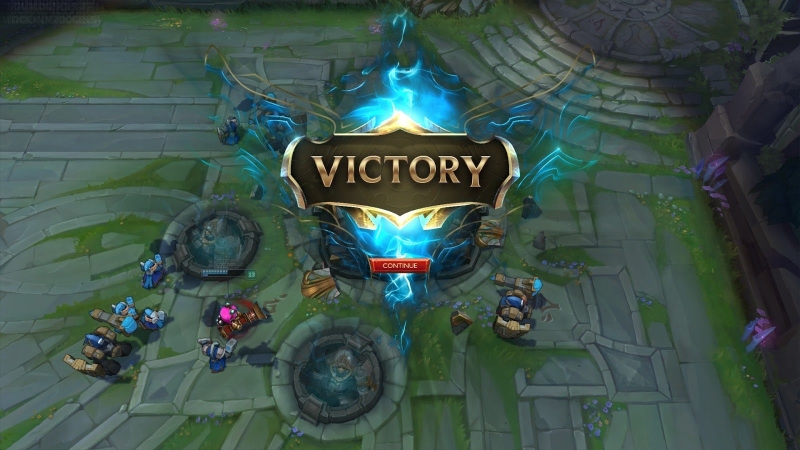 There are many different types of players that make up an LCS roster. You have your consistent players who perform exactly how you expect them to game in and game out. There are the up and comers whose performances aren’t anything special right now, but you expect them to blossom and reach their potential the more games they play. Don’t forget about the gate keepers; the players who are quite average at their given role, but fill the gap until a younger, more talented up and coming player takes their place. Finally, you have your game breakers. The high impact players that show up when you need them most. CLG’s Darshan is a game breaking player.

Today Darshan and CLG found a way to defeat the previously undefeated juggernaut team known as Immortals. The game ended in exciting fashion as Darshan, on Fiora, and jungler Xmithie, on Udyr, sealed the win with a backdoor on the Immortal’s nexus. Up until that dramatic finish the game had been over 40 minutes of back and forth action. Baron steals, support versus support one-on-ones, and multiple solo kills make the game worth re-watching if you haven’t yet seen what went down earlier today.

This isn’t the first time a game has ended with Darshan behind enemy lines frantically whacking away at the exposed nexus. Darshan mentioned in the post-game interview that he thinks he may lead all pros in successful back door victories. This probably has something to do with his champion pool. It’s widely known that Darshan does not like playing mindless tank champions. Instead, he wants to be put on a champion that allows him to outplay his opponents, even when the odds are stacked against him. These are exactly the kind of champions you don’t want getting alone time with your exposed nexus.

It all started on a Dignitas team featuring ZionSpartan, Crumbzz, Shiptur, imaqtpie, and KiWiKiD. This was back in season 4 where the top lane meta was completely against Darshan (then known as ZionSpartan). The top lane staples consisted of Dr. Mundo, Shyvanna, and Maokai. Team Dignitas exploited these common low lane pressure picks by drafting Nasus; a champion that grows infinitely stronger the more time he is allowed to farm, for ZionSpartan.

This clip shows our talented top laner representing a new team, with a new summoner ID. At the end of 2014 ZionSpartan became a free agent before choosing to sign to CLG where he would later change his ID from “ZionSpartan”, to his real name, Darshan.

IEM San Jose gave us our first glimpse at the new look CLG before the 2016 LCS season began. Over the offseason CLG had dropped long-time AD carry and face of the franchise Doublelift in favor of rookie Stixxay, and mid laner Pobelter for HuHi. The team came out strong. The new group proved that the roster changes were not the definite downgrades that mobs of angry ex-fans claimed they were. Ultimately CLG earned 2nd place at IEM San Jose, sweeping both Unicorns of Love and Jin Air Green Wings before losing 3-0 to Origen in the finals.

Check out Darshan using every last health point as he backdoors the JAG nexus on Jax in the clip above. I love the player reactions as the game ends in these videos.

The Most Recent One – CLG Darshan Destroys Immortals’ Nexus, And Their Perfect Record

If you haven’t yet watched CLG break Immortals’ 12 game winning streak – go do it! This was an electric game that ended in typical Darshan fashion. After Xmithie casually steals a baron without any team support, he then runs all the way from the Baron pit to the exposed nexus where Darshan is dipping, ducking, and dodging, trying to evade enemies Huni and Adrian. Xmithie was an essential part of this play that involved Darshan earning 50 gold for last hitting the nexus, and winning the game for CLG.

Which Pro Has the Most Back Door Winning Plays?

Darshan wondered aloud if he had the most back door victories in competitive League of Legends in his post-game interview today after CLG defeated Immortals. Today, most people refer to a back door victory as an “xPeke”, after the legendary back door the ex-Fnatic mid laner secured while Rift-hopping all around SK Gaming’s nexus at IEM Katowice in 2013. Does xPeke even have the most professional back door victories? I decided to find out.

Research was done in the strictest scientific fashion. I took to YouTube with the keyword “lcs backdoor” to filter out any solo queue highlights. Then I waded through 15 pages of LCS back door videos, many of them featuring the same few clips multiple times, each featuring their own hand picked dubstep and plea to follow, like, and subscribe. My requirements were that the back door must be game winning, and it must be a professional League of Legends game.

Here is the complete list of every back door I found meeting my arbitrary criteria, sorted (roughly) from oldest to most recent:

Above is a playlist of all 28 of the back doors listed below. You can sit and watch all 28 of them with a single click (like I did), or pick and choose from the links below.

Players with more than 1 professional game winning back door play:

However… it should be noted that xPeke’s most recent back door came when Origen played Copenhagen Wolves Academy in the European Challenger Series, while all of Darshan’s back door plays were against LCS caliber teams. To me, that gives Darshan the edge, making him the pro player with the most game winning back door plays.

Here are some more back door facts based on my findings:

If this extremely scientific data is right, that means we can look forward to at least 6 more game ending back door pushes before the year is over. Look out, TSM.

Previous articleSvenskeren’s Job in Danger as Time Runs out for TSM
Next articleMastering Your Pregame: Choosing the Best Keystone 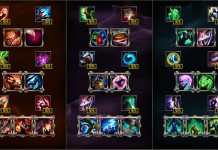